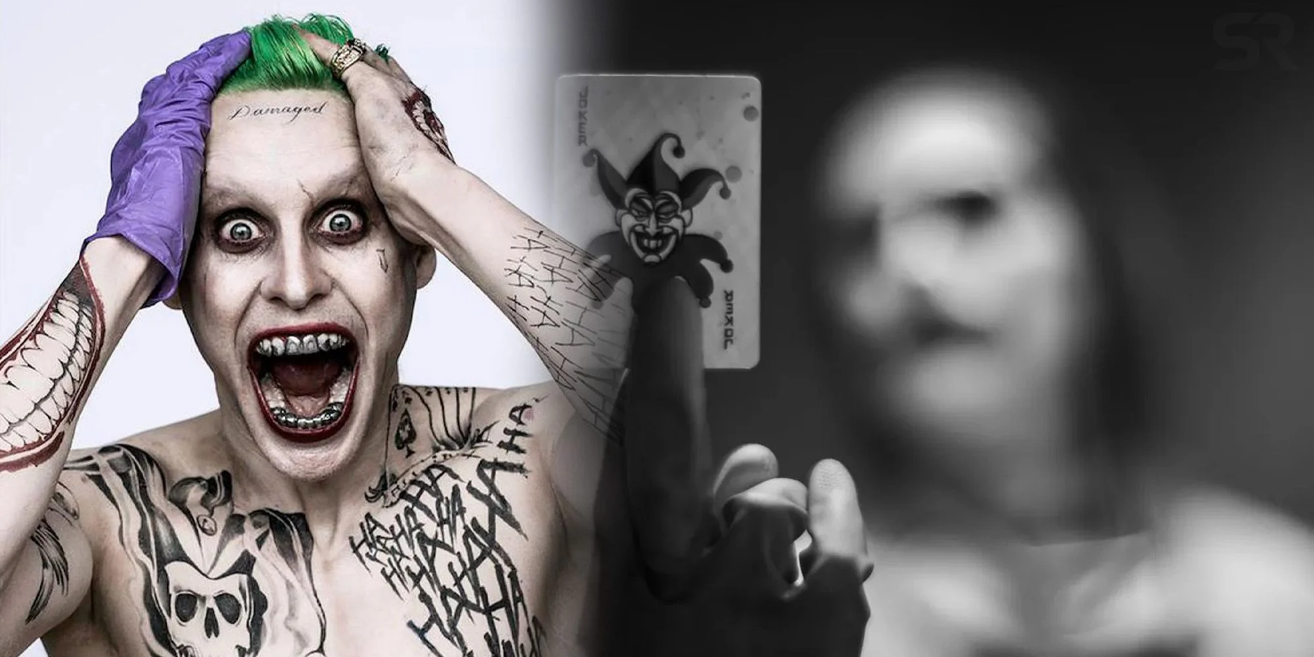 Okay, we get it! Jared Leto’s Joker is now a dark and unpredictable maniac and soooo totally not copying past Jokers like Heath Ledger or Joaquin Phoenix… I say with sarcasm. With the release of new images to Vanity Fair of said Clown Prince of Crime from the upcoming 4-hour HBO Max movie Zack Snyder’s Justice League (2021), we see the powers that be bludgeon the idea that this Joker is “dark” and “edgy” much like depictions made by his predecessors. This is not a great idea.

I’m not at all surprised they went this route, though; a dark and edgy Joker has had a strong surge of popularity with audiences who rushed to see Ledger in The Dark Knight (2008) and Phoenix in Joker (2019).

Seemingly gone is the green-haired gangster with the facial tattoos; no, he’s traded that look in for a grungy psychopath with long-ish hair wearing a hospital gown and a grim face… No smile to this clown; just like Ledger and Phoenix!

Mentioned in the Vanity Fair piece, in some of his Justice League scenes, Leto’s Joker also sports a bulletproof vest festooned with grimy law enforcement badges. “He has tons of badges,” Snyder said. “Those are his trophies.”

I’m not all that moved by this depiction of Joker, really… I wasn’t moved by Leto’s Joker in Suicide Squad (2016) because he was re-freaking-diculous with his “gangster” approach and his look; and then there’s the abusive relationship-enabling “mad love” trash with Joker and Harley Quinn, but I digress… Joker should have some humor, even if it’s dark. He should also have a strong presence, and make you feel both entertained and uneasy.

To me, Leto’s Joker will always be just a green-haired punk with the benefit of the script-writers writing in his benefit how much of a magician he is at killing.

(Spoiler warning) Joker appears in the new film during a sequence set on a ruined Earth after the alien tyrant Darkseid invades and decimates the planet. It’s a dream sequence, a psychic vision, experienced by Ben Affleck’s Bruce Wayne that reveals what will happen if the superheroes fail to stop the onslaught. Joker is sort of the Ghost of Christmas Yet To Come, supplying motivation through terror.

“The cool thing about the scene is that it’s Joker talking directly to Batman about Batman,” Snyder said. “It’s Joker analyzing Batman about who he is and what he is. That’s the thing I also felt like fans deserved from the DC Universe. That is to say, the Jared Leto Joker and the Ben Affleck Batman, they never really got together. It seemed uncool to me that we would make it all the way through this incarnation of Batman and Joker without seeing them come together.”

Meh… What’s done is done and we’ll see what comes of this… After his horrible portrayal of the part in Suicide Squad, I’m not exactly counting on a riveting performance from Leto this time around. If he surprises me, hey, that’d be great! I’m just not about to hold me breath and I don’t think anyone else should either. This may just make him seem a more desperate attempt to make us fans like and accept him as Joker, and that would be bad.

Do you think Leto will be an improvement on Zack Snyder’s Justice League? Comment below! Check out the article from Vanity Fair! Also, subscribe to Geek News Now and give it a like on its Facebook page!

Hawai’i seems like a pretty chill place where you can relax, and take in some amazing scenery. Not unless you are “The Flash” movie...

Shazam! What We Know Of The “Black Adam” Movie So Far!

Dwayne “The Rock” Johnson as DC’s former villain and lately antihero Black Adam… Fans are waiting for this to happen; and waiting still for...