Seventy Years Later-Gort's Still Got It 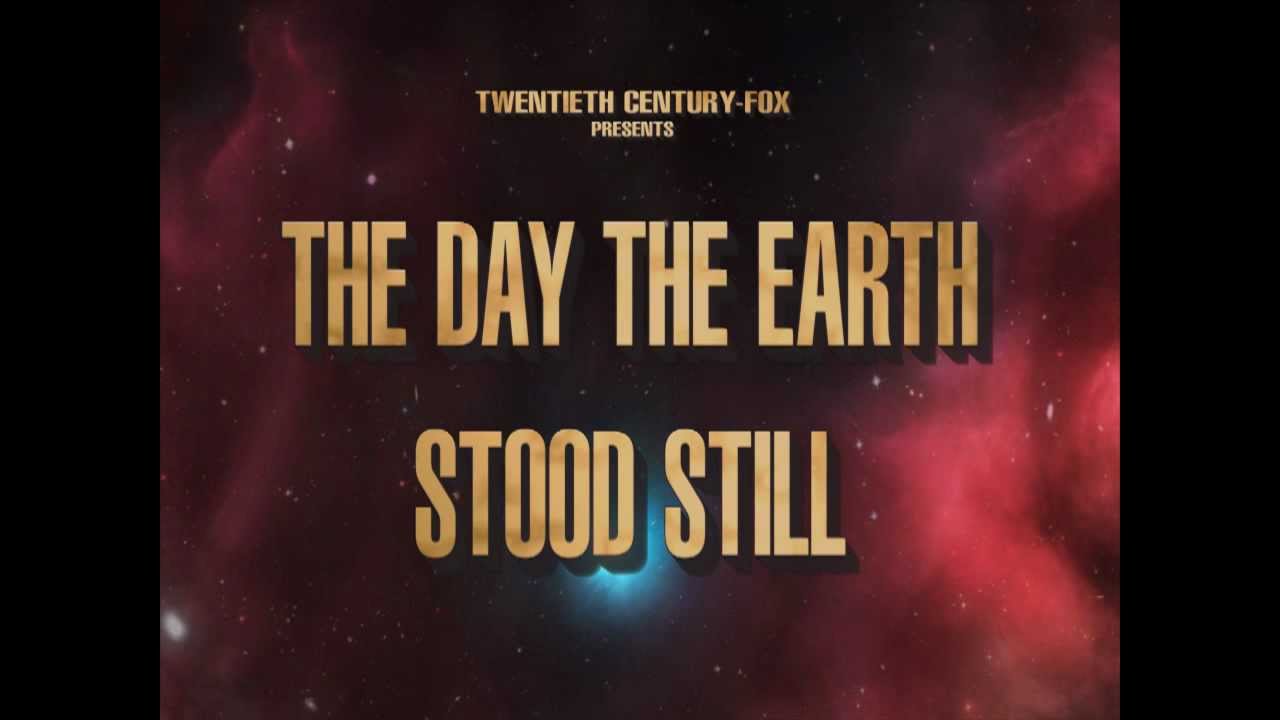 Released September 18, 1951, the movie is considered a science fiction classic.

For the past seventy years, any fan of the 1950’s science fiction classics, that phrase is as common as sining Twinkle Twinkle Little Star, but holds far more potency.

Long before shows like Mission Impossible, Stargate SG-1, and Agents of S.H.I.E.L.D saved the world more times than I care to count, the worry of nuclear war and total human annihilation loomed.

In the late 1940’s into the 1950’s, as the world attempted to rebuild, reluctant World War II allies were now adversaries as the United States and the Soviet Union (Russia) postured and pounded their chests politically in attempts to get the other to blink.

United States politicians screamed about the Red Scare and formed Blacklists of Hollywood power players to accuse them for spying for Russia and being Communist sympathizers.

Then June 25, 1950, the Korean War began and once again, our soldiers headed out to a foreign land, unsure of when or if they’d return.

Despite all this, in the midst of all the chaos, uncertainty, and before family TV sitcoms arrived, a movie quietly pushed the envelope by simply asking: Were human beings truly able to stop their destructive ways before destroying the entire planet?

Based Farewell to the Master. the 1940 short story by Harry Bates, The Day the Earth Stood Still  hit theaters September 18, 1951.

Directed by Oscar-award winning film editor, Robert Wise, the movie came in under its $1.25 million dollar budget and initially grossed over $1.85 million with solid reviews.

It starred British actor and former RAF reserve pilot, Michael Rennie as Klaatu, the alien who’s been sent from the heavens with a message for mankind:
Quit screwing around with nuclear weapons or the rest of us out in the universe will take care of it for you.

Basically, we’ll blow you up if you don’t get your act together, even though you don’t block their views of Venus.

She saves the day when Klaatu gives her the iconic phrase to deliver to Gort, so he won’t blow up the planet after Klaatu is shot and killed by the military.

Don’t worry, he’s resurrected by Gort, Klaatu’s robot buddy, which made a lot of people think that the movie was a Christian allegory.

Wise didn’t pick it up until the movie’s release, but the studio had the dialogue adjusted as to explain Klaatu’s rebirth was only temporary.

Sam Jaffe starred as Albert-Einstein-inspired professor, Dr. Jacob Barnhart, with whom Klaatu discusses the chances of humanity ever altering their destructive course.

Let us not forget actor Lock Martin, as Gort. Martin, who stood 7′ 7″ (although I’ve found posts about his height being anywhere from 7′ 1″ to 7′ 4″) worked as an usher at Grauman’s Chinese Theatre before he was asked to be in the film.

Due to his medical condition that gave him his height, he could only be in the neoprene suit for less than an hour at a time.

During the scenes when Gort had to “carry” Rennie or Neal into the spaceship, facing the camera, the actors were in pullies so as not to apply pressure to Martin’s back. If Gort/Martin walked away from the camera, he would carry a lightweight dummy.

The similar to the sort of set up they put together for Andre the Giant in The Princess Bride.

That wasn’t the only issue with filming.

Actor Sam Jaffe had been placed on a communist sympathizers list a few years prior, which all but killed his acting career.

According to IMDB, producer Julian Blaustein appealed to studio chief Darryl F. Zanuck. Zanuck allowed Jaffe to play the role, but it would be Jaffe’s last Hollywood film until the late 1950’s.

Had Jaffe not been allowed to be in the movie, he more than likely would have returned to teaching math and putting his engineering degree to use once again.

Convincing studio executives proved to be the easier roadblock to navigate than receiving approval for the military to participate.

After reading the script, the Department of Defense had issues with the portrayal of the army and refused to allow any soldiers or military equipment to be used, but according to IMDB, “the studio then approached the National Guard, which had no qualms about seeing the Army depicted in a less-than-flattering light, and gladly offered their cooperation.”

Along with filming on the backlot of 20th Century Fox, a second team went to Washington DC to get footage for backdrops. This expedited shooting as the DC footage was added later.

But in only five weeks, director Wise made it all work, bringing his film to theaters all over the country and the world. The public began to have the conversation about peace and conservation, rather unpopular subjects during the Cold War.

Wise went on to win oscars for directing and best picture for West Side Story (1961), Sound of Music (1965).  He ended his stellar Hollywood career by directing Star Trek (1979).

Both musicals addressed the short and long term affects of war and how the decisions we make today, affect everything we do tomorrow while Star Trek continued its story of the Enterprise crew doing their best to avoid war, but standing up when the time arrived.

With its powerful message without a caustic delivery, The Day the Earth Stood Still, continues to hold its place as one of the top science fiction movies of all time even seventy years later. Unlike its 2008 remake which scored dismally, Rotten Tomatoes gives the original a 95% on the Tomatometer with an audience score of 87%, but I give it a 100% because this film holds a place dear to my heart for two reasons.

First, it’s one of my dad’s favorite movies. I well remember the first time I heard those words Gort, Klaatu, Barada, Nikto.
Dad and I sat there on a Saturday afternoon watching, Klaatu emerge from the spaceship for the first time as Gort stood watch. Even decades later, I could call him any time of day or night, start to say those words, and he’d join right in.

When I began writing this article, I asked him what he remembered about seeing it in the theater.

“The space ship and the robot was cool. I liked that the robot (Gort) brought (Klaatu) back to life.” He continued to tell me the story didn’t scare him at all, unlike the original Thing with James Arnes he’d watched while cowering on the floor in the aisle of the theater. “I’d begged Mom to take me, but the creature scared the crap out of me and I watched it through the space between the chairs in front of me. Mom kept grabbing me and putting me back in my seat, but I’d get back on the floor. I finished the entire thing because I wanted to see the movie.”

Second, it also turned out to be one of my father-in-law’s favorite movies as well and it’s ironic that Robert Wise, directed that movie along with Sound of Music.

When our oldest child was born, I started asking grandparents and my grandfather questions about their favorite things. Movies, TV shows, color, foods, memories, whiskers on kittens, and my mother in law quickly answered, “Sound of Music. It’s all of our favorite movie.”

(She really loves that movie, BTW.)

There was some discussion in the room between my husband and his mom about whether it was actually “all” of our favorite movie, but during that entire exchange, my father-in-law stayed calmly quiet. Once the debate abated, FIL looked at me and said, “And another one of my favorite movies is The Day the Earth Stood Still.”

I guess a good story with a great message and a solid director, simply transcends time, no matter if it’s science fiction or a musical.

The timelessness of Klaatu’s speech also comes to mind. This is where he explains that if people of Earth don’t get their acts together, they aren’t going to survive their own mistakes.

The Day the Earth Stood Still is available on iTunes, Amazon, VUDU, and YouTube.

Tell me, if you’ve seen the film, what’s your favorite part of this movie?

If you’ve not seen it, what’s your favorite classic science fiction film?

Recalling A Mind-Bending Sci-Fi Film! A Review of “Total Recall”!