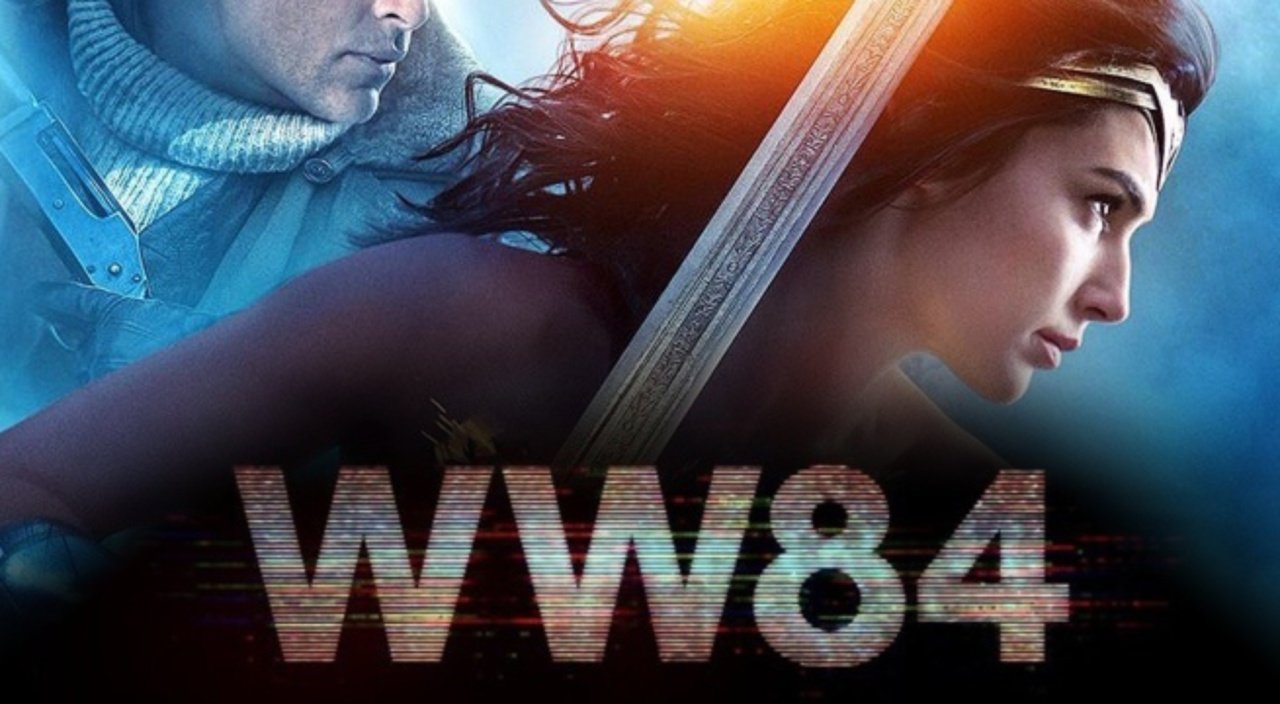 Let me start by saying, I haven’t seen WW84 and it’s killing me.

Because we’d subscribed to several streaming services already (Netflix, Hulu, Amazon Prime) and all those queues were full of movies to watch, we chose not to add another streaming service.

Christmas arrived with me chomping at the bit to see it, but we did fill our day with an outstanding movie, Soul, on Disney Plus and many other holiday films (Dance Dreams: Hot Chocolate Ballet, Grinch Who Stole Christmas, and Charlie Brown Christmas) that kept me from obsessing about not watching WW84.

I’d counted the days for when I could watch the much anticipated sequel to the 2017 blockbuster, Wonder Woman, starring Gal Gadot, Chris Pine, Robin Wright, and David Thewlis.

Directed by Patty Jenkins, the movie blew superhero fans, like myself, out of the water and anticipating the newest installment of Diana’s hero’s journey.

Initially, HBO Max reported after 31 days of exclusive streaming for the film, other streaming services and PVOD would be available while the film continued to be shown in theaters for a typical theatrical run. But over the weekend, the potential for non-HBOMax subscribers who hoped to view the film, were put on hold.

Unlike our UK friends, who’ve had the option to watch the movie per PVOD since January 13, 2021*, as of Sunday, January 24th, HBOMax posted there “were no current plans for (US) VOD.”

*HBOMax streaming was not available outside the US so only a theatrical release.

Nice, HBOMax. You initially posted a month ago, after a 31 day exclusive run on your streaming services, the movie would stay in theaters and be available to other steaming possibilities.

I get due to COVID, traditional distribution changed from allowing the theatrical run before going to streaming, but you shifted gears in the 11th hour, again. Just like you did when you announced to very surprised vendors that you would stream and release in theaters over a month ago.

Because of that, HBOMax gives me, yet, another reason not to spend our hard-earned money on their service despite their amazing catalogue of movies and TV shows, many I have spent countless hours watching and can quote from too many.

It simply feels like the powers that be, don’t get their average customer or what people are willing to wait for or put up with. They are too focused on subscribers, but not make-you-happy, dedicated, stay-for-the-long haul, subscribers.

Stop crapping on your potential and established customers.

There have been plenty of major issues along the way for HBOMax’s drive to increase their subscribers, but their launch has been, what Josh Zyber from Prime Timer called An Identity Crisis.

With the introduction of HBOMax, those who already had HBOGo or HBONow weren’t sure if they needed to sign up again, if they already had the service, if their service would change, or what to sign up for.

Then, there were issues with their apps loading and understanding their ultimate goal other than catching Disney’s numbers.

In early December, they cut off their seven-day free trial for their service, but to be fair, Disney Plus did the same thing before Hamilton aired and neither party, to date, has plans to reinstate it.

But unlike Disney, HBOMax’s deal with Roku (streaming software giant) came very late in the year, December 17th, a week prior to the WW84 release. This left a lot of those who wanted the service, unsure if they were willing to take the risk of purchasing something that wouldn’t load while juggling everything else in their worlds like employment and not getting a potentially lethal virus.

The announcement of the simultaneous movie release in theaters AND streaming sucker-punched cinemas across the country, making a lot of movie goers AND theater owners pretty put out.

One thing I noticed that HBOMax didn’t capitalize on to increase its happy subscribers, was having the service for free on Christmas Eve, Christmas Day or Boxing Day (December 26th).

This would give all of those drunk on their holiday buzzes and generous to try something new who wanted to see WW84 a chance to tune in and decide they wanted to watch it again and plus. Additionally, they’d discover all the additional shows and movies the service had to offer (Friends, The Office, Fast and Furious series, Game of Thrones, Looney Tunes) and simply signed up and stayed with it for a good three to six months. Basically the amount of time it usually takes someone to either work up the nerve to talk to a rep and follow through with canceling a subscription.

Like all those gym memberships everyone signs up for with great intentions of getting healthy, but stop going by the end of March.

Seriously, they should hire me for their marketing department because I’ve got some great ideas. And there are numbers to back up my suggestions.

According to Antenna, “a measurement and analytics company providing insight into purchase behavior and subscription metrics across the new media landscape”, the retention of Disney+ subscribers after three months was 69%, HBOMax 70%, and Netflix 77%.

But since WW84 did drive up subscribers more than any other promotion so far with four times the weekend sign ups than in previous three weekends, bringing their (combined HBO and Max) subscribers to more than 38 million, my $15 bucks a month probably won’t be missed.

But I’m not the only one and it’s not even half of what Disney’s pulled in and Disney has my money.

A lot of my money and I’m not alone.

As of December 10, 2020, Disney Plus has more than 86 million subscribers on that platform alone. Between Hulu, ESPN+, and Disney Plus, they have 120 million, a very large number for HBO to catch, but that’s another discussion.

Still, I’m bummed about not seeing WW84 as of yet and probably won’t until its, and Zach Snyder’s Justice League version rumored April releases on Blu-Ray.

Now, I love me some Diana Prince. I watched the TV series with badass Lynda Carter and hottie Lyle Waggoner (as Steve Trevor), read the comics, and perfected the Wonder Woman hero stance many times in my childhood.

As an adult, I may or may not have done the same stance multiple times as well as own several pieces of clothing with the WW insignia on them, including a cape.

Or two.
And jewelry.
And chucks.
And a toaster.

My chucks and pup, Coco.

So, yes, it’s killing me that I’ve not seen it yet and it appears I won’t anytime soon unless I risk going to the theater or purchasing HBOMax.

Despite multiple unfavorable reviews and commentary about the movie I’m excited to watch Gal Gadot kick some ass and Chris Pine be…Chris Pine as he looks at her adoringly as if she’s the only woman in the world worth his blue-eyed gaze.

As much as I’m anticipating watching no matter what, I had concerns from the announcement of the storyline.

SPOILER ALERT–if you’ve read nothing about the film or didn’t understand what was going on in the trailer, might want to stop here and just watch the trailer again.

An artifact called the “Dreamstone” arrives at the Smithsonian Institute, where Diana Prince (Wonder Woman) now works. Like any good relic in a superhero or paranormal movie, it has to have bad ju-ju, make good people do bad things, and/or bring forth forces that only a superhero can conquer.

From what I understand, we get the trifecta. Yay us!

BTW-after watching both seasons of The Mandalorian, I’m not going to be upset seeing Pedro Pascal’s smooth demeanor and come hither eyes on the screen again, even if it’s in the form of a shrewd business man who lusts for ultimate power and endangers everyone on the planet.

Plus, Robin Wright returns as Diana Prince’s mentor, Antipode, with strong advice and guidance that Diana carries into her adulthood. Their interaction can be seen here in the first three minutes of the movie as well as a very sharp reminder of why the Amazons were no group to be messed with lightly.

I don’t know about you, but after seeing that, I think I need to add more cardio to my daily workouts.

Anyhew…regarding the plot to WW84. Blaming everything on an tricked out artifact can be a risky move as a writer. It can be an incredible adventure (Lord of the Rings Trilogy) or terribly bad (Relic) film series, but I had great faith Patty Jenkins (writer/director) would guide the movie in a promising direction.

With me not having seen the movie, I can’t say whether or not this worked, but reading multiple reviews and titles on YouTube talking about what a “disaster” the movie is versus multiple friends and positive write ups loving it, it’s truly difficult to say where things might fall for me.

I’ve chosen to not watch any of those videos or read too many of the reviews, both favorable and not, simply because I want to watch with as open of a mind as possible.

The bar is high as the first movie was so incredibly well done.

Plus, the idea of revisiting the 80’s, seeing the outlandish hairstyles, neon colored clothing, hearing the tunes of my youth, AND watch Gal Gadot fight villains?

It could be a dumpster fire of a movie plot and campy as hell, but I’m always a Wonder Woman fan so yeah, I’m counting the days until I see it.

I did not see this coming. It was only a couple of weeks ago that Jason Kibler, CEO of Warner Media announced Wonder Woman...