Pure Kryptonite! "Superman Returns" Hardly A Super Comeback For The Man Of Steel! 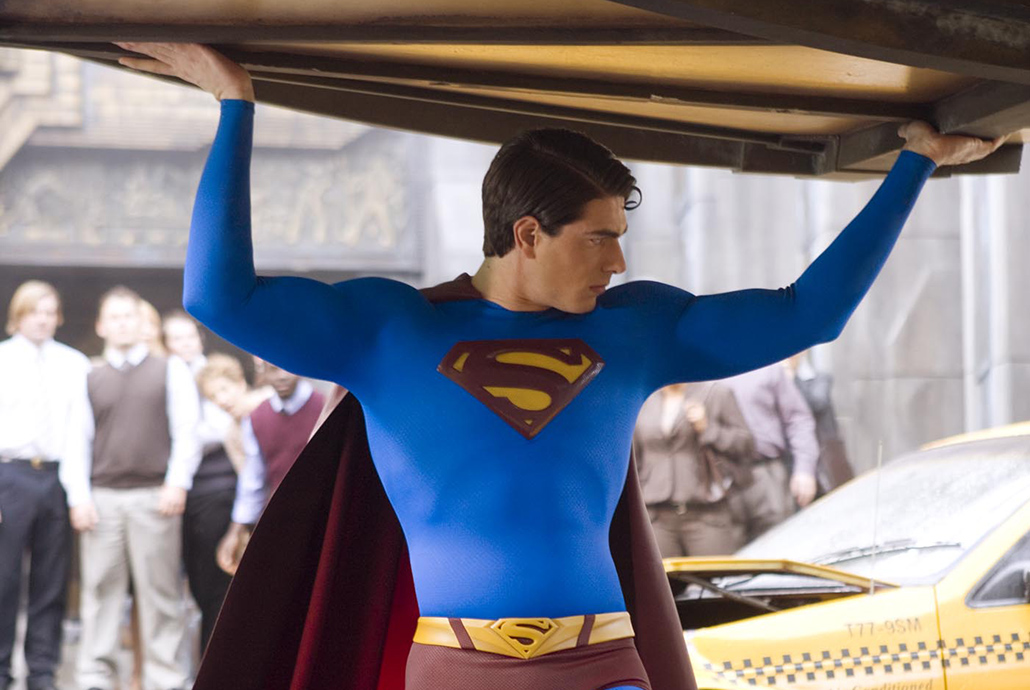 Superman Returns (2006) is a super-letdown and an unworthy return of the superhero to film screens since his big triumph in Superman (1978)! The movie turns fifteen years old this year, and looking back on it now I see there are so few good things about it to mention and more problems; the inconsistent plot, some of the casting choices…

Let’s start with the good.

The citizens of Metropolis look up in the sky for a sign of someone’s return! Picture credit to YouTube (via The Trailer Guy channel)

The teaser trailer in which the familiar theme for planet Krypton by John Williams plays while revealing some footage; a silhouette of Superman himself, a small Kryptonian-looking ship searching a bleak and rocky-looking landscape which we find in a deleted scene is the shattered remains of Krypton, Superman walking toward Lois Lane and then flying away, and the people of Metropolis looking up in the sky… Cut to Superman in space watching over us all, then opening his eyes and swooping down to wherever he’s needed next… Followed by a reveal of the Superman symbol on the screen. All this while Jor-El, as played by Marlon Brando, voices his monologue about how the people of Earth can be a great people but lack the light to show the way.

The trailer was enough to whet a few appetites, I’m sure; it promised the return of the big-screen superhero for the first time in a long time and the feeling behind the trailer was solid enough. It played on that feeling of hope and nostalgia for the Christopher Reeve Superman legacy while teasing us a few bits of footage.

A semi-positive: the casting choices of Brandon Routh and Kevin Spacey as Clark Kent/Superman and Lex Luthor respectively! Spacey makes a decent villainous Luthor; not the most unique take on the character, but still a fun one as he subtly milks every scene for himself. Routh was selected for closely resembling Christopher Reeve; well, he sort of does… He has the right look for mild-mannered Clark Kent and the tall commanding presence as Superman. Routh doesn’t bring anything negative to his double role, but he doesn’t bring anything special either; I don’t blame him, I blame the boring material of a boring story.

The overall plot of the movie being that Superman disappears for five years to search for Krypton, returns, finds things have changed, resumes his role as Earth’s protector, saves Metropolis and Lois Lane from a catastrophe set about by Lex Luthor who’s developing yet another real estate-type plot, discovers he has a son with Lois, end of story. The plot of this movie is boring; even the original plot at the beginning of the movie gets bored with itself and jumps ship early on!

Meaning this: as I remember it, buzz about the movie made it clear that the world would have moved on without Superman in those five years; even Lois Lane gets a Pulitzer for penning a piece titled “Why The World Doesn’t Need Superman”… Which is the most teen drama level angst garbage; like *nobody* knows Lois wrote it because Superman basically dumped her to go off on his search?

Superman (Brandon Routh) greeted with applause after his return and his heroic rescue of innocent people! Picture credit to YouTube (via Flashback FM channel)

So the world “moved on” from him; that was to be the point as well as him finding his place in it all over again… Okay, fine; but then after his re-appearance saving a plane full of passengers, he is greeted the world-over like an old friend! The rest of the movie, it’s like he was never gone!

“The world moved on” my eye!

Then the rest of the movie is just a boring “will Lex Luthor succeed in his latest land-grab scheme?” More Superman subduing unnatural disasters; seen that before! No toe-to-toe fight with the likes of General Zod or Doomsday; we weren’t ready for that level of excitement, apparently… But we were ready for the inevitable “Christ comparison” imagery which makes it into almost every Superman media piece now; in this case, we see Superman being martyred as he’s beaten by Luthor’s goons and then stabbed by a kryptonite blade.

Then there’s the 22 year-old Kate Bosworth masquerading as what should be the independent, tough-as-nails Lois Lane! Don’t make me laugh… She’s a delicate, wilting flower with one role here: be of notice to Superman. Gone are the cool independent traits you’d have seen in performances out of Margot Kidder in Superman or Teri Hatcher in Lois & Clark: The New Adventures of Superman (1993-1997).

On a $270,000,000 budget, Superman Returns made back grosses of $200,081,192 Domestic and $391,081,192 Worldwide. People went to see the movie, and with a Rotten Tomatoes score of 61%, I suppose some do enjoy it… but I can’t see why! It’s soulless and boring. If I wanted to watch Superman stop big unnatural disasters I’d watch the first Christopher Reeve movie! In fact, I say let’s skip Superman Returns and watch Superman!