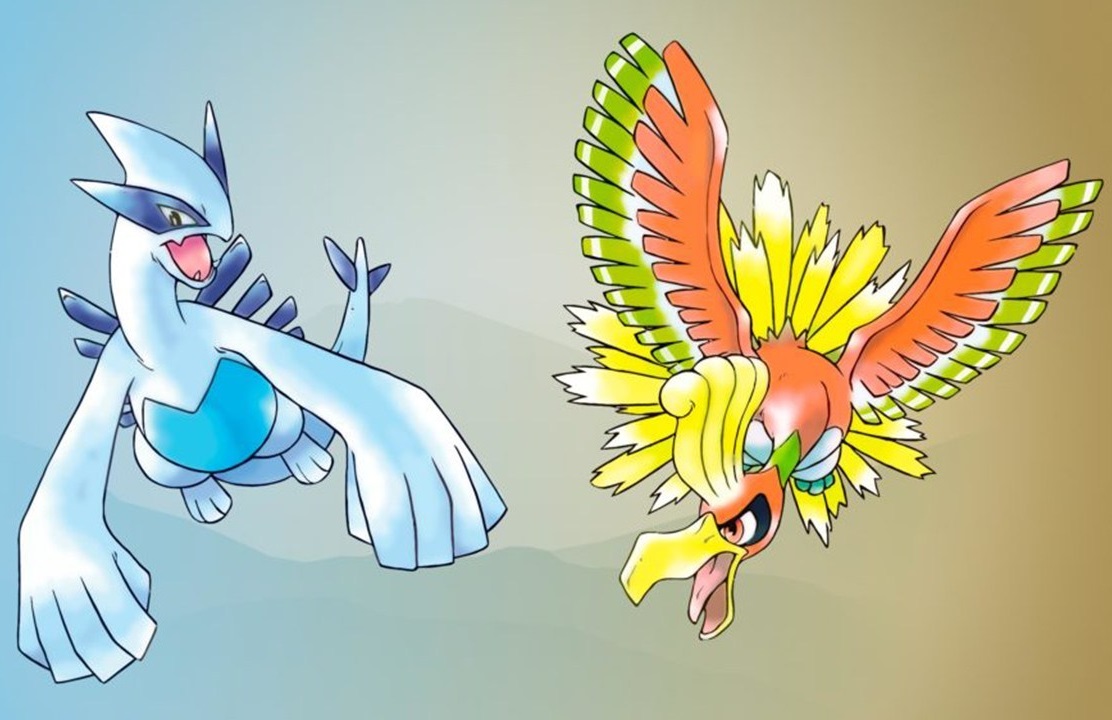 This year marks the 25th anniversary of the Pokémon franchise and Nintendo has big plans to celebrate it!  Among these plans are the release of a new Pokémon Snap game this April and a collaboration with Katy Perry at some point later this year. To commemorate the landmark year the Pokémon Company has released a brand new logo representing all eight generations of it’s pocket monsters.

As I gazed at it I reflected on the color-coordinated games that have come out over the years with each succeeding generation. The primary colors from Gen 1, the precious metals of Gen 2, the gems of Gen 3, etc. And I found myself asking, “Which Gen stood above the rest and contributed the most to the series?” As I mulled over it for a bit I came to the realization that there is only one suitable answer, and that is the 2nd Generation. The Generation of Pokémon Gold, Silver, and Crystal.

25th anniversary logo, Gen 2 is represented on top of the “2” with the egg surrounded by Cyndaquil, Totodile, and Chikorita. Image from Newsweek.

Pokémon G/S/C has made the most important contributions to the game series that have become standards ever since their introduction. The introduction of the day-and-night system where different events happen and different Pokémon appear in the wild based on the time of the day was revolutionary. The buildings and environment would change to reflect the night and day. This totally added immersion, seeing the game world darken as the real world itself darkened outside your bedroom window was impressive for a small Gameboy cartridge.

The introduction of two new Pokémon types, Steel and Dark, was made in the 2nd generation. This would be a feat that didn’t happen again until Gen 6 when we got the fairy type to counter balance the overpowered Dragon type. Steel and Dark were exciting additions to the roster and added some much needed balance to the Psychic type. It wasn’t fully apparent in Gen 1, but Gen 2 showed how much more balanced the Rock-Paper-Scissors nature of the Pokémon types played out once the new types got to mix in. In Gen 1 Psychic was overly powerful and dominated everything, Dark and Steel are very resistant to it.

Generation 2 also saw the introduction of Pokémon breeding. That’s right, you could breed Pokémon through the daycare and get an egg. This system could even be used to breed several Pokémon over and over to get desirable stats and a superior move-set. That’s right, the start of Pokémon eugenics. For some of the new Pokémon in the 2nd gen, their baby forms could only be registered through selective breeding, and it has allowed the players a level of customization in getting a custom tailored pocket monster to their liking.

The radio and phone card were huge additions to the game as well! Your Pokegear served the purpose of being a multimedia interactive device within the game. You could call your mom to get her to save your earnings from battle, You could call Professor Elm at any time and have him rate your pokedex on the spot. The radio card allowed you to basically change the music playing in the area while sometimes causing subtle effects on the wild Pokémon. This is a feature that would come and go in future installments.

By far my favorite aspect of the G/S/C games is that once you complete the main story, you get access to the Kanto region from the original R/B/Y games. Not only do you get to visit the region form the previous game, but you also get to face the eight gym leaders, all of which are way harder than they were in the original games.

This means you can get a total of 16 gym badges, way more than any other game in the series. The events in G/S/C take place two years after R/B/Y and it is really cool to see the passage of time and how even the landscape has changed. Cinnabar Island is covered in rock after a volcanic explosion, Viridian Forest has had many of its trees chopped down, and without Team Rocket around Celadon and Saffron City look like they are doing well. But the coolest part isn’t even that!

The final showdown between you and your past you (Red), well, your character from the previous game(s). image from strategywiki.org

The most hyped battle of the game awaits you at the end. After obtaining all 16 gym badges you are finally granted access to a special area in the game called Mt. Silver. In the deepest section of Mt. Silver you come face to face with a trainer who isn’t big about talking. That’s right, it’s Red, the previous champion and the character you play as in the previous games. He is extremely tough and represents the ultimate challenge. This battle is poetic because it is, quite metaphorically, you versus the person you used to be.

Throughout the game there are mentions and allusions to Red being missing and hidden somewhere in the game world, and now you find him here in the last accessible portion of the game. His presence in Mt. Silver is almost as if he was waiting for you specifically, each other’s greatest challenge. Should you defeat him, he says nothing and the credits roll again for the second time. This is a sort of symbolic passing of the torch and no other Pokémon game since then has had such a strong finish.

The 2009 DS remakes of Gold and Silver

Pokémon Gold, Silver and Crystal serve as the closing of the story that began with Red, Blue, and Yellow and gives it such a satisfying end. Crystal added some extra content to Gold and Silver much in the same way that Yellow did to Red and Blue but left the story and events mostly unchanged. The neatest addition from Crystal was moving sprites for the first time. These generation of games had by far the most post-game content packed into them and the music is timeless.

The new Pokémon introduced in Gen Two complimented the original 151 by completing some evolution lines and appearing as a natural fit to the older classic monsters. It could be nostalgia talking but if it is then I recommend the much more recent remakes HeartGold and SoulSilver on the Nintendo DS to show what makes them so good. Generation Two is arguably the gen responsible for keeping Pokémon fresh long enough for it to grow strong roots and become the massively popular worldwide franchise that it is now. When it comes to the best Pokémon generations, Gen Two takes the Gold (and Silver)!

Pokémon Brilliant Diamond and Shining Pearl will release on November 19th for the Nintendo Switch. In just two days, trainers from all over will...

November is shaping up to be a major month for video games! Halloween and all the madness of October is finally over, so it...