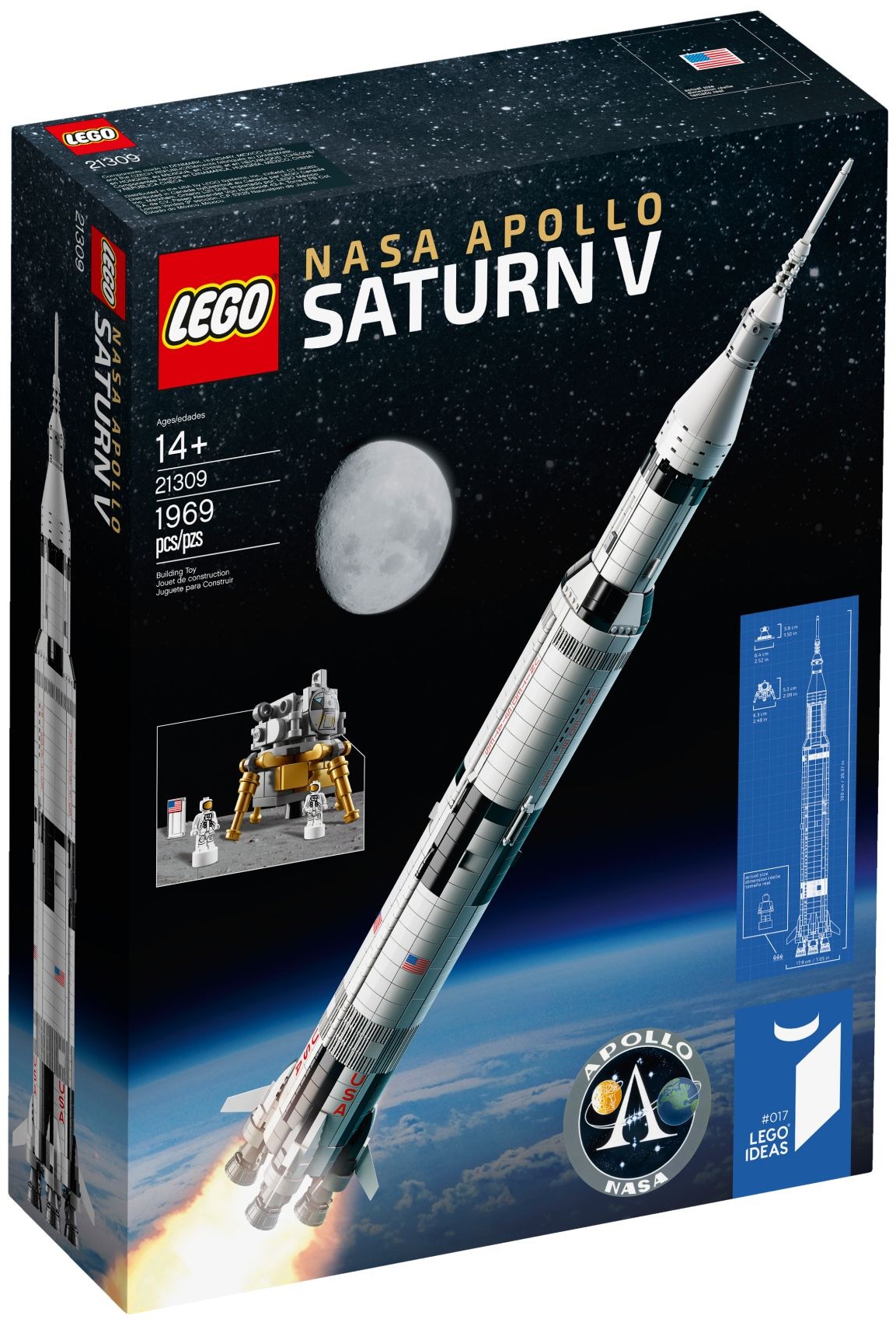 In 1969 man accomplished a feat unheard of just 20 years prior. A man walked on the moon. In 2015 Lego ideas posted that a set would be released that would coumarate this wonderful accomplishment. Lego announced that it would release a Saturn V rocket, the same type of rocket that took man to the moon.

For those unaware Lego Ideas is a website run by Chaordix and The Lego Group, which allows users to submit ideas for Lego products to be turned into potential sets available commercially, with the original designer receiving 1% of the royalties. This particular set was designed by LEGO Ideas members Felix Stiessen and Valérie Roche.

It was released in June of 2017 and in a subtle nod to the year of the event the set contained 1969 pieces. It stands 39 inches high and is approximately a 1:110 scale to the spacecraft itself.  There are 2 micro builds 1 of the lunar lander and 1 of the return capsule, plus there are 3 display stands if you want to put it on its side.

Also something new to this build and the first time it included three micro figures to represent the crew of the Apollo missions. These are of course to scale of the build itself. Included with the instructions is a  booklet about the manned Apollo missions and the fan designers of this educational and inspirational set.

The build itself requires a bit of patience as there are some different and complicated build techniques. If you have a younger builder whos eyes are fixed on the stars he or she may need a little help with this one.

On a personal note I display mine in the standing position to save room on my shelves and it is very stable but it does make me nervous when the kids or the cat gets too close. If it does fall though it is Lego and it can be rebuilt.

This is a beautifully designed set and displays wonderfully and is an amazing conversation piece and would look amazing in anyone’s collection. If you have this set and would like to leave your thoughts on it drop me a line in the comments section.