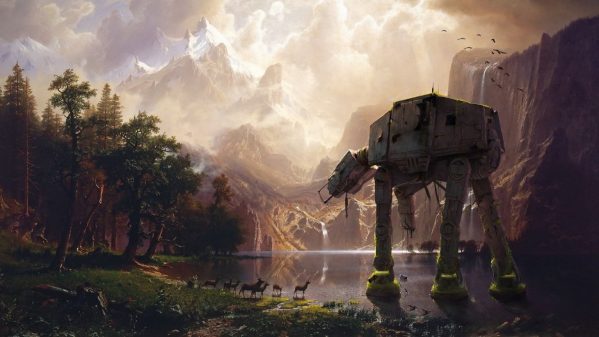 When gamers hear about a new game from their favorite franchise there is a level of excitement an anticipation. Unless you are a Star Wars Fans. For years we have watched as EA has destroyed our hopes for a gaming experience that would reignite our sense of adventure for galaxies far far away. We have sat by with wanton anticipation for launch day only to see those hopes crushed just like the Empire crushed the rebellion on Allderaan.

We now have a new hope on the horizon as Lucasfilm Games announces plans to partner with Ubisoft studio Massive Entertainment to bring fans a story based open world Star Wars Game. Ubisoft has brought us amazing franchises such as Assassins Creed, Far Cry and Tom Clancy’s Rainbow Six series. This was announced just days after the announcement that Lucasfilm Games will be partnering with the Machine Games team from Bethesda to release an Indian Jones game.

While Lucasfilm Games maintains that the relationship with EA games will continue, can fans expect to see a spilt between Lucasfilm Games in the future? Lucasfilm Games just went through a rebranding where they launched remastered versions of games that many of us loved such as Full Throttle and Curse of Monkey Island. The announcement of Lucasfilm Games working with new video game studios to bring us two brand new titles may be a sign that change is just over the horizon.

Reaching For The Future

While both the games created by EA and the Kathleen Kennedy have come under fire in recent years, it appears that the President of Lucasfilms is dedicated to not just expanding the film franchise but also building a gaming legacy. Kennedy is quoted by Wired as saying “As we look to the next 50 years of Lucasfilm, we look forward to continuing the wonderful legacy in games, which has introduced so many memorable characters and stories. These new collaborations will allow the Lucasfilm Games team to pursue fresh and exciting directions in the storytelling of Star Wars and Indiana Jones in imaginative and different ways than those explored by our films.”

Is it possible that this was the vision that Kennedy has had for Lucasfilms all along? Will this be what brings gamers both old and new back to the Star Wars gaming franchise? I would say the future looks bright for Lucasfilm Games and their newfound partnerships in the gaming community.