These Boots Are Made For Cosplaying 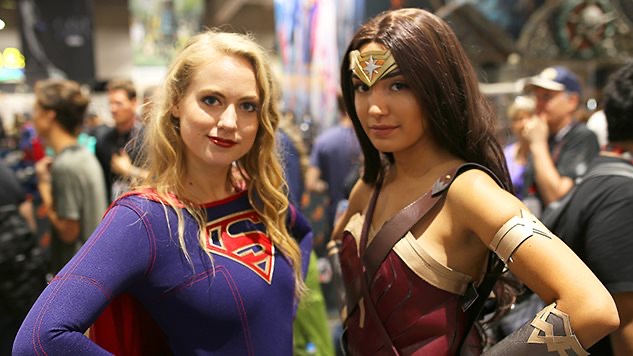 2020 was an absolute, spectacular, like-watching-The-Star-Wars-Holiday-Special-on-repeat, mess.

That includes my first attempt of cosplaying.

I decided to start cosplay towards the last few months of 2020 because why the H-E-double hockey sticks not? It wasn’t like I was already knee-deep in extracurriculars or anything. I had just decided to pour hours of free time that I never had into cosplay when I already had marching band, dancing, school, exams, and a part time job. Cosplay was the cherry on top of my Sunday of craziness.

It turned out to be a lot harder than I thought.

So after quite a few makeup fails, obvious wig hairlines, fabric tears, shoe decisions, lack of confidence and staring at the mess I made for way too long, I decided to start over with everything about my cosplays.

I spent weeks searching Amazon, Aliexpress, Shein, Google and even Wish for good lace wigs, wigs that would blend into my hairline and make the wig look natural instead of looking like..well…a wig. I wanted to pull people into the characters I was trying to portray and no one’s going to pay attention into all the work I put in when it looks like someone put a silicone cap on top of my head.

At least I won’t. I can’t focus on my Morrgian from A Court of Mist and Fury cosplay when her hairline sucks. If only I was blonde. Maybe I wouldn’t need a wig.

Because that’s what those cheaper wigs are–silicone caps with synthetic hair. I even tried cutting into where the part started and cutting out some of the silicone. That didn’t do the trick either. In fact, in some cases, it made my wig look 100 times worse. So, pro tip–if you want to have wigs that look natural, buy the lace front ones. You’ll thank me later.

I also learned that I don’t need a fancy $50 costume when I can buy different parts and then add it all together. I learned about  closet cosplay (using items in your closet). I watched many videos on how to make your own Sith robes as well as the best places to buy lightsabers and accessories that pull the cosplay together.

So I spent many hours, mainly on shein, buying clothing, corsets, accessories, shoes and crowns. I watched a lot of tiktok, a LOT of tiktok, for ideas. When I finally wrapped my head around the characters I wanted to cosplay, as well as hit the end of year sales, I pressed order.

I now have a corset, waist cape, two pairs of knee high boots, a red dress, new lace wig, makeup pallets, black background for pictures/filming, and a sense of what the heck I’m doing. I think I have a cape now too…maybe…it might be with my new Rey costume.

And yes, my closet is a mess right now. Thanks for asking.

Oh, and I haven’t even talked about the props. In the mists of the insaneness that was December, I ordered a lightsaber, a basic 12 color changing lightsaber. Of course it’s not the crazy expensive ones because I don’t have that kind of money, but it’s one lightsaber that I can use for any future Star Wars cosplays (except Ahsoka, because she has two).

And speaking of Star Wars, I plan on cosplaying a few characters from this fabulous universe, as well as bring in a few OCs (original characters). If you look at my profile picture, you can see I have brown hair and I grew up with the sequels, so Rey is definitely on the list. I plan to cosplay as a Sith as well, which brings in my original character idea. Finally, I’ll give you a hint for this last gender-bent plan:

Kenobi image from “Revenge of the Sith”

Not only did I finally order myself a lightsaber, but I also ordered and received a fancy prop dagger which goes well with any medieval character I choose to portray. If only I could find some sort of thigh strap. Maybe I can strap the prop dagger to my thigh and cover it up with a pretty dress.

Pretty on the outside, but an assassin on the inside.

I plan to also improve my current cosplays as well. With a new blonde lace wig, those will definitely improve miles from what I had last year. One character is Morrigan, from A Court of Mist and Fury. For this last character, I’ll give you a hint:

My name is Emma. And I will not be afraid.

If you guessed the fire-breathing bitch queen that is Aelin Galathynius, from the Throne of Glass series, you would be correct. I cosplayed her last year, with that same darn silicone wig. I finally have a blonde lace wig now, so now her hairline won’t look like a disaster.

And yes, I know very well that I will fail. I will fail many times before I can get everything I want right, but I’m learning, and will continue to learn as I grow, and stick to the characters that I hold close to my heart.

I hope to add more characters in the future, characters from Marvel, DC, Harry Potter and other book series. I simply need to perfect what I have chosen now before I get ahead of myself, because although I would love to spend all my money on costumes and wigs, I do have another life.

I’m young and new to all of this, but I’m excited for everything that’s coming. I can’t believe I started this at all, let alone made it this far. Time to throw on my confidence and strut in those high-heeled boots.

Because my name is Emma and I am a geek of all trades.

And I will not be afraid.