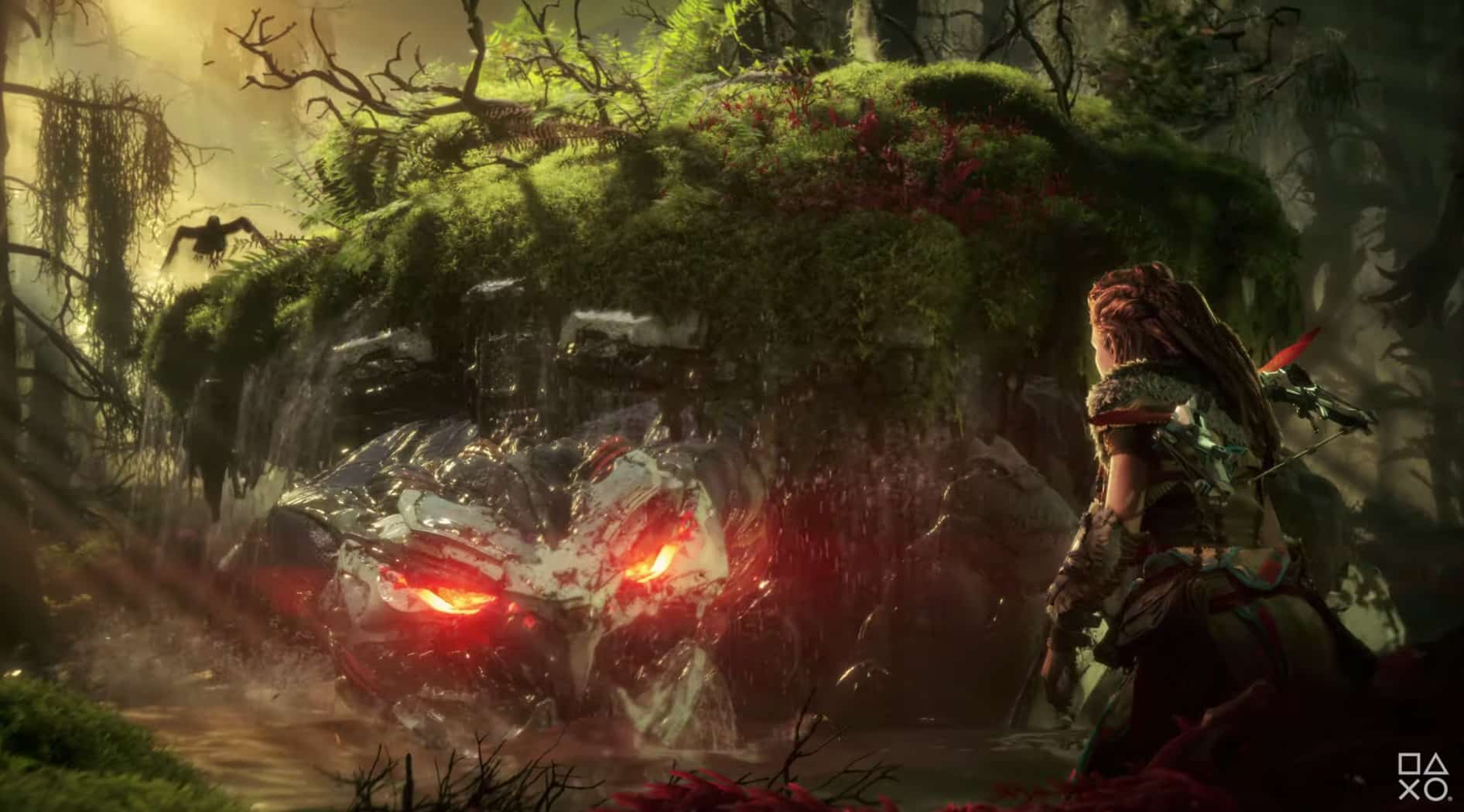 In 2020 we saw some of the best (and worst) game releases in years! Animal Crossing: New Horizons is currently the 2nd highest selling Switch game and it came out this past spring. And while Cyberpunk 2077 did amazing numbers (selling more than 13,000,000 copies as of writing) that allowed it to be profitable after the first day of release, it’s launch has been deemed a critical failure and the controversy around the state of the game is now a legal matter. Fortunately next year is shaping up to be another awesome year for games. Here is a quick list of eight games that are (so far) slated to release in 2021 that are worth keeping an eye out for!

You will need to switch between the physical realm (left) and the spirit realm (right) to solve puzzles. image from wccftech.com

The Medium is a psychological horror game being developed by Polish studio, Blooper Team. Blooper Team has a lot of experience in this space as they have previously made psychological horror games Layers of Fear and Blair Witch (Which was nominated Best Xbox game for the 2019  joystick awards).  This game’s premise is that you play a psychic/medium who can travel between the spirit realm and physical reality to solve various puzzles and do battle against evil forces. With a great studio pedigree for this genre and the amount of time it has had to gestate in development, it looks like a promising title. The Medium is a console exclusive for Xbox Series X/S and will also release for PC the same day. You won’t have to wait long as the game releases next month, January 28th.

Coming from renowned Finnish game developer, House Marque who is well known for their games Super Stardust HD, Dead Nation, and Resogun. Returnal is yet another psychological horror game on this list. The game is experienced from the perspective of Selene, a pilot, who crash lands on an alien planet. It is a 3rd person shooter and a rogue-like style game where each time Selene dies she starts over again with her prior memories of dying intact as she tries to survive and leave the planet before her multiple deaths drive her insane. The game looks hauntingly beautiful and I cannot wait to play it when it releases on March 19th, exclusively on PlayStation 5.

It’s no secret that Halo Infinite was meant to be a launch title game for Xbox Series X/S (as well as Xbox One and PC), but got delayed to next year. After the negative reaction to the gameplay premiere during the Xbox showcase back in July, 343 Industries, the studio behind the game, delayed it to fall of 2021. Halo Infinite is reported as being a direct sequel to Halo 5: Guardians, seeing our hero, Master Chief, face off against The Banished. For many, Halo Infinite is their most anticipated title, hopefully the extra year of development time helps the game shine. Bonnie Ross, head of 343 Industries recently said ” I assure you that the team wants the game in your hands as soon as possible, but they also want to deliver something special…the Halo game you deserve.” We’ll see if they deliver on that.

Aloy is coming back for another adventure in Horizon Forbidden West for PlayStation 4 and 5. The game is being developed by Guerrilla Games, best known for the Killzone franchise and Horizon Zero Dawn. The first game is one of my favorite action/role-playing games from the PS4 era and no doubt this next chapter is shaping up to be just as good. This time Aloy is investigating the source of a mysterious plague that is destroying the environment and wildlife and heads westward for answers. We saw the first trailer for the game back during the PS5 reveal event in June, with a vague 2021 release planned. Honestly I wouldn’t be surprised if this game got delayed past 2021, it looks overly ambitious to be coming out so soon, but we shall see.

Not much is known about this game other than it being a sequel to 2018’s God Of War. It is being developed by the same studio, SIE Santa Monica Studio, and will continue with the last game’s Norse theme/setting. It is hinted that the Norse cataclysmic event, Ragnarok, will take place as the game’s tagline so far is “Ragnarok is coming”. Officially announced during the Playstation 5 showcase back in September it is not yet known if it will end up coming to PS4 as well. The first game won Game of the Year at the 2018 Game Awards for it’s great story, characters, and hack-and-slash gameplay! So far it is slated for release during the 2nd half of 2021 but I have serious doubts if it will come out by the end of the year.

Ubisoft is returning next year with it’s long running Far Cry series. Far Cry 6 is being developed by Ubisoft Toronto and was delayed from February 2021 to some later point in 2021. The game sees a fascist leader (voiced by and modeled after Giancarlo Esposito) rule a Caribbean island country while empowering and raising his son to one day lead as well. The player plays as Dani Rojas, a revolutionary fighter, seeking to topple the regime. The game has been in development for over 4 years, which explains why the last game Far Cry New Dawn (2019) was a copy-and-paste of Far Cry 5. I’m looking forward to seeing a new region with new characters and more first-person shooting and action! Fortunately it looks like a lot of work is being put into the story this time around.

The master of survival horror returns this coming year with Resident Evil Village. Capcom has been working on this entry since early 2017 and it is a direct sequel to Resident Evil 7. The game sees the return of long time series veteran Chris Redfield and RE7‘s protagonist, Ethan Winters, investigating a village in Europe. All that is confirmed so far is that it is coming out at some point next year for current gen consoles and PC, possibly PS4 and Xbox One but not guaranteed yet. In recently released screenshots from Capcom it appears the main enemy type will be some type of werewolf subspecies and will be a first-person game just like RE7. This is a noticeable departure from the traditional zombie/parasitic enemies from the earlier games.

I’ll be honest, my favorite game genre is RPGs, especially Tactical RPGs. I have been looking forward to the next Disgaea game earnestly and it’s almost here! Disgaea 6: Defiance of Destiny is being developed as usual by Nippon Ichi Software. The Disgaea games are a series of tactical RPGs where the damage and stats can reach into the millions! The games are known for breaking the 4th wall, poking fun at tropes, and basically being over-the-top. Disgaea 6‘s main protagonist is Zed, a zombie boy who keeps getting resurrected and seeks to defeat the God of Destruction. So far it’s confirmed for Nintendo Switch this coming summer.

In this article:2021 Releases, God of War, Halo, Videogames