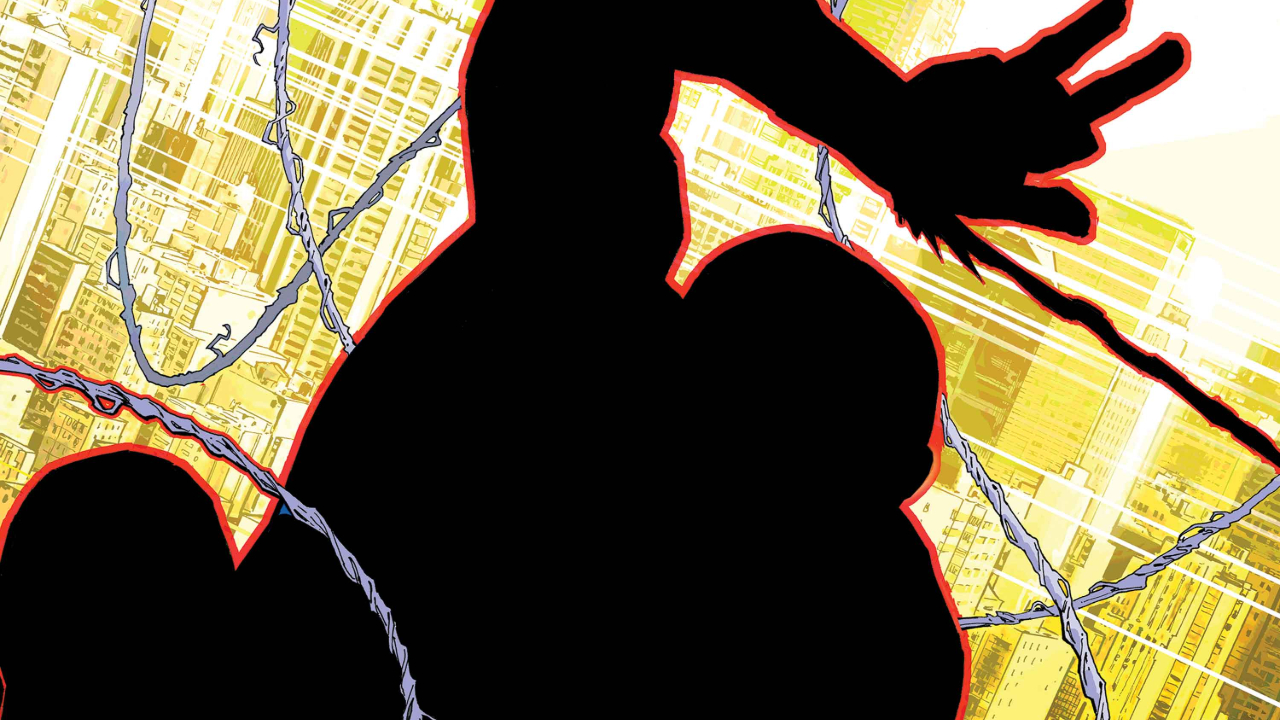 The new costume, designed by Dustin Weaver, made its appearance after Marvel debuted it for March’s #62 issue of “Amazing Spider-Man”… Spider-Man gets a high-tech suit!

Spider-Man in his new high-tech suit web-swinging into scene from the variant cover of “Amazing Spider-Man” #63! Picture credit to dapsmagic.com

It somewhat resembles the suit design from the 2018 Playstation 4/5 “Marvel’s Spider-Man” video game which added a bit of silver to the traditional red, blue, and black color scheme; except, as said, it’s a bit more high-tech in appearance. This suit is absent of red altogether; white and grey replaces it and bright flashy gold illuminates across the body!

“This design was really a collaborative effort between Nick Spencer, Editor Nick Lowe, and I. They reined in the weirder and more techy features I was bringing and helped create something that I think is simple and both futuristic and classical,” Weaver said in a statement. “I can’t wait to see Patrick Gleason really bring it to life!”

Spidey barrels into action in his new suit in the variant cover for “Amazing Spider-Man” #62! Picture credit to comicsbeat.com

“Following the traumatic events of ‘Sin’s Rising’, Peter Parker will wear this new suit for his faceoff against Kingpin in the next arc of writer Nick Spencer’s hit run,” Marvel wrote. “Discover the mystery behind this top-secret costume when “Amazing Spider-Man” #61 and “Amazing Spider-Man” #62 swing into shops this March!”

I’m interested to see what the story is behind Spidey’s new look! I remember the other new hi-tech suit that came about in the days of the “Big Time” story arc and what a departure from traditional Spider-Man looks that suit was… This suit isn’t too bad; it’s definitely different, but we’ve yet to see how the different works to any advantages (or disadvantages, if any) for the ol’ web-head.