New Gaming Console to Come With 11 Herbs and Spices? 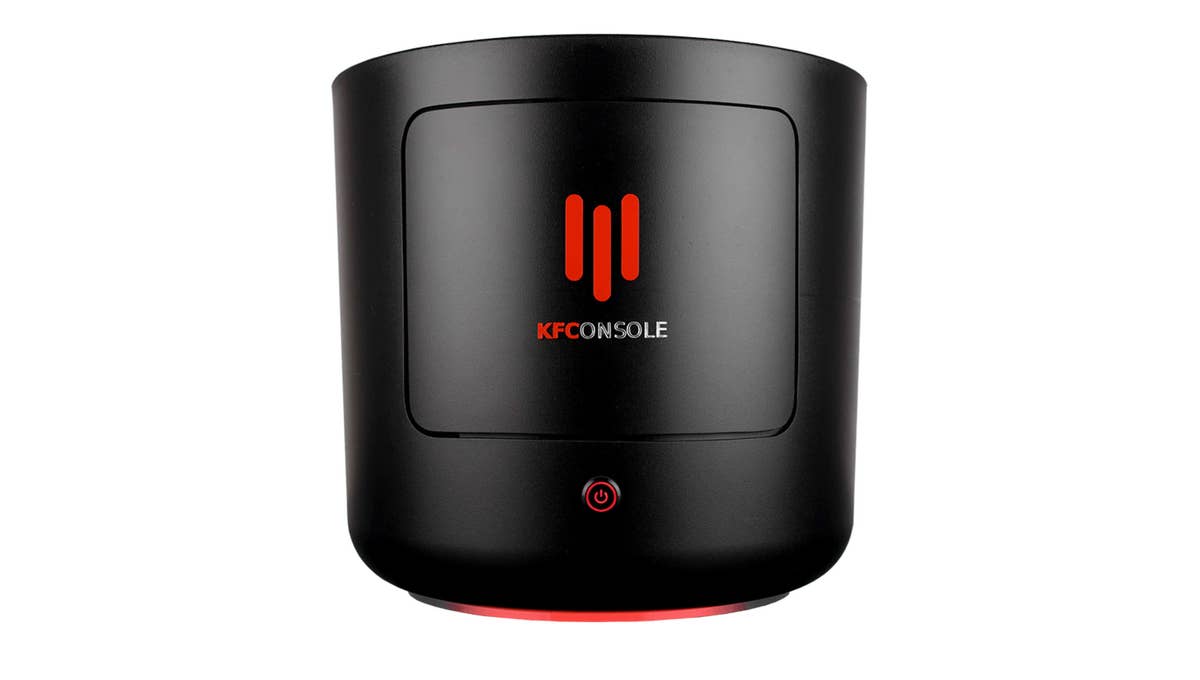 the KFConsole, image from KFC

Because this year just refuses to be normal, the Colonel is throwing his hat into the gaming ring! That’s right, the Fried-Chicken fast food company famous for it’s 11 secret herbs and spices is getting into the gaming hardware scene. Yesterday on their Twitter page, KFC Gaming (KFC’s other Twitter handle) showed the actual gaming system they initially announced earlier in June. Because it was originally announced the day after the big PS5 reveal many (including myself) assumed it was just a PR stunt and a joke, until now.

No, folks, the KFConsole is absolutely real, at least KFC insists that its real.

Essentially it’s a PC with a special case with a compartment dedicated to keeping your fried chicken warm, again, this is not a joke. KFC teamed up with Cooler Master, a Taiwanese company that designs computer parts and cases, for this venture.

Luckily it only keeps the chicken warm, it doesn’t cook inside the compartment. PCs have enough issues trying to stay cool as it is. image from gigazine.net

To be clear, the system doesn’t actually fry chicken, it has a compartment that keeps chicken warm. Trust us, you don’t want oil frying or the smell of it permeating your room when playing. Apparently the system uses the natural heat released from PC components to ventilate into the chicken compartment. In what I can only imagine being the first instance of using PC heat for something other than heating up a cold room. Cooler Master, fortunately, has revealed some of the specs and capabilities of the KFConsole so far.

Let’s get this straight, this gaming rig is no joke! The main core of the system is an Intel Nuc 9 Extreme Complete Element. Which is basically a very compact high-end self contained mini computer that retails in the low thousands of dollars. They are not skimping on hardware here. Memory shouldn’t be too much of an issue either with this fast food gaming PC.

It comes with two Seagate Barracuda 1 Terabyte SSDs, which should be enough for the average gamer. With that hardware it comes as no surprise that Cooler Master touts that it will be VR compatible, do Ray tracing, and support 4K resolution. Lastly it boasts up to 240 frames per second with 240 HZ output for supported displays. The thing is a beast (a deliciously fried beast)!

A diagram of how the components rest within the system, notice how the whole thing is shaped like a bucket of chicken. image from Cooler Master.

How much will it be and when is it releasing? Well, neither KFC or Cooler Master has revealed those details as of this writing. I think it is safe to say that it will not be available through drive-thru though.  But we do know it won’t be cheap considering the confirmed hardware, not to mention the proprietary chicken compartment and the unique PC casing. This comes off as a novelty item rather than KFC actually trying to get a foothold in the competitive gaming scene. The absurdity and uniqueness will most likely garner enough preorders for a limited run of these units to make it a PR success.

This wouldn’t be the first time a fast food chain has tried to cash in on the gaming space. Back in 2006, Burger King released three Xbox 360 games that were available from their fast food restaurants. All three games were centered around their mascot, The King, and were generally well received.

In October of last year, the home of the Baconator, Wendy’s, released their own food-themed spin on Table-Top RPGs. The game is a campaign called “Feast of Legends: Rise From The Deep Freeze“. It is free to download a pdf. of their site and it plays like Dungeons and Dragons. Heck, it wouldn’t even be the first time KFC has dabbled in the gaming space. Last year they released a dating sim for PC through Steam called I Love you Colonel Sanders. Just like the KFConsole, the game is very much real!

In any case I look forward to seeing the eventual release of this “finger-licking good” gaming machine. Do you have a better idea for a fast-food crossover? Comment it down below. To get more gaming news subscribe to GNN and/or follow our social media pages.