The 5 Best Funko Pop! Vinyl Figures of the Year 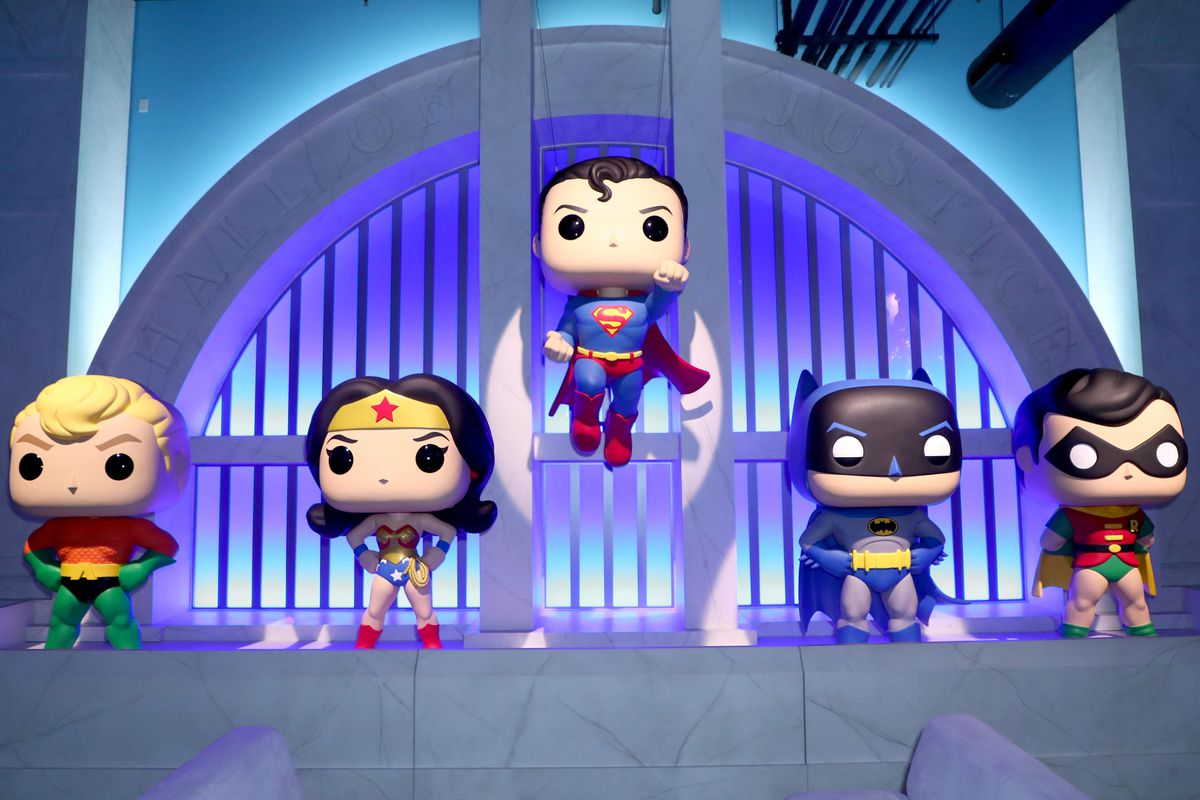 Hall of Justice at Funko Hollywood. From Forbes.com

It’s no secret that 2020 took a lot of great geeky opportunities from us through movie delays, convention cancellations, and more. One company made sure that 2020 didn’t totally suck for geekdom and that was Funko. They may not have been able to offer us as much as they wanted, but they knocked it out of the park with what we got.

It’s my job, nay my privilege, to tell you about some of the best that Funko offered its fans this year. I had to narrow it down to five Funko Pop! Vinyl figures and that might have been one of the most difficult tasks I’ve ever had to undertake in my life.

For the first entry, I had to use an entire line because highlighting one individual Pop! figure would not do this set justice. Starting late last year Amazon released, bimonthly, a set of Avengers Funko Pop! Vinyl Figures that were unlike anything we had seen. These figures were each a piece of a set creating the Avengers Assembling for the first time in New York during the first Avengers movie. One day, I will have the Lazy Susan I dream of so I can spin them around like in the movie, but until then I will settle for listing this as one of the best Funko Pop! Vinyl figure sets of the year.

The entire line of Avengers Assemble. From comicbook.com

Funko has always knocked it out of the park with their comic book offerings, but the Batman line has always been one that is plentiful and amazing. This year, they introduced the Hellbat Batman Funko Pop! Vinyl figure exclusively at Big Apple Collectibles. This bat suit was created with help by each member of the Justice League and could withstand the fires of Apokolips itself! The raw power and feel of this figure cannot be understated and shows how Funko continues to push the limits of what it can do with vinyl.

A long awaited comic book line was adapted by Funko in the form of Marvel Zombies! Each of them are better than the next but I have to give special mention to the Walmart exclusive Glow in the Dark Mysterio figure. Mysterio alone looks great as just a brain in his destroyed dome helmet, but when you add the glow it takes this figure to the next level. I recommend the entire line, but this figure is a highlight of 2020 and glowing with possibilities.

Glow in the Dark Mysterio Exclusive. From Walmart.com

Arguably the two most famous figures from the Scooby-Doo franchise is Scooby-Doo and the Mystery Machine van. Funko decided to combine the two in their new art series they released. This BoxLunch exclusive figure is spectacularly done with the mystery machine colors and is a must-have for any Scooby-Doo fan.

I had to save the best for last and the best was clearly the I Am Iron Man figure. This figure does a brilliant job of capturing one of the most iconic moments in the Marvel Cinematic Universe and honoring the legacy of the man who started the journey. Not only that, but it Glows in the Dark! They knew what they were creating and they wanted to do it justice, which they did.

I am Iron Man Funko Pop! Vinyl figure. From bigapplecollectibles.com

These are my list of the five best Funko Pop! Vinyl figures which show the best that Funko had to offer this past year. I know a lot of sets were cancelled, but they were able to make the most out of a bad situation and bring us figures we never would have dreamed of in the past.

Now that you’ve heard my picks for the year, what are your favorite Funko Pop! Vinyl figures you picked up this year?