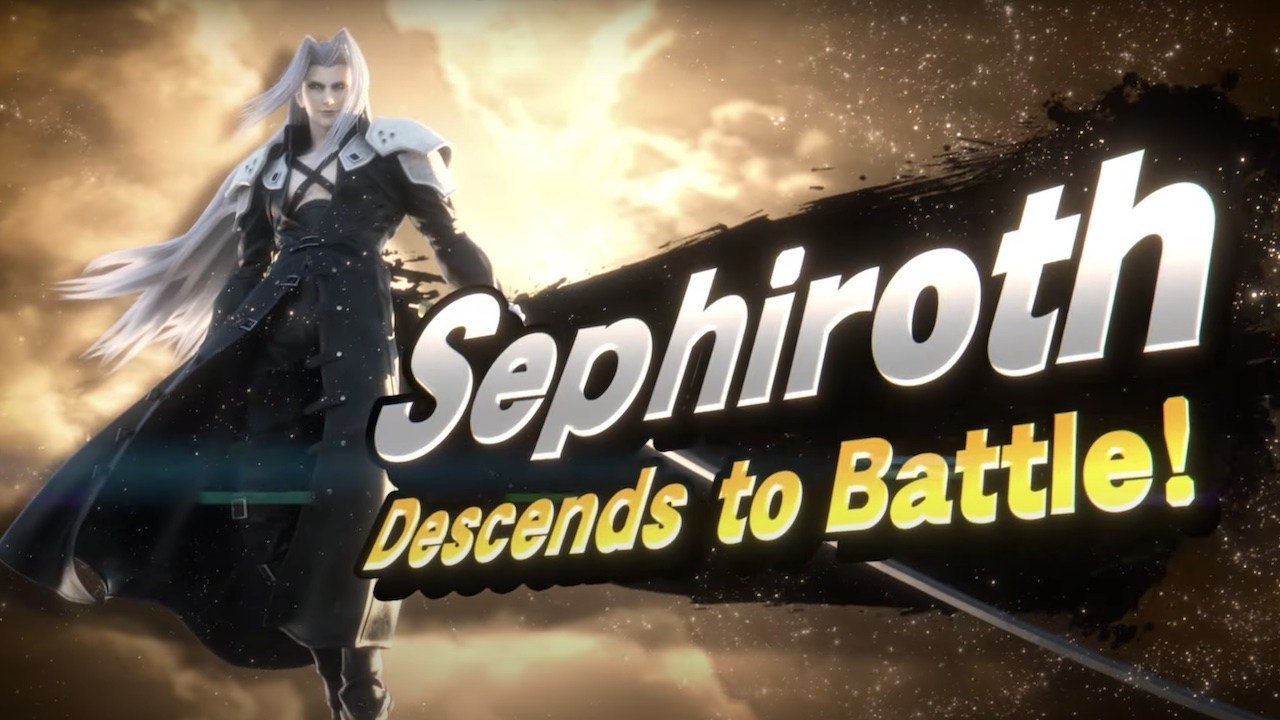 Final Fantasy VII’s angel of death, Sephiroth, is carving his way to Smash‘s roster this month. The trailer reenacts the climax from Final Fantasy VII: Advent Children but with Smash‘s roster of characters.  Fans of the party-fighting game have been eagerly waiting to see who would be the next fighter announced during last night’s Game Awards.

The annual awards show has a precedent for being the stage where new playable characters for Super Smash Bros. Ultimate get announced. In 2018 the show debuted the first DLC character from the Season 1 pass to join the game as Joker from Persona 5. The last characters added to the game’s roster were Steve and Alex from the highly popular Minecraft.

Sephiroth makes some sense as an addition to Smash as he is the opposing force to Cloud, who has been a part of Smash Ultimate‘s roster since it’s launch. He has a wide variety of attacks to call upon from his appearances in Final Fantasy VII and the Final Fantasy: Dissidia games such as his signature attack, Meteor. The infamous 1st class SOLDIER reprised his role earlier this year as the antagonist in Final Fantasy VII: Remake (The Game Awards 2020 winner for “Best RPG”) which sold over 5,000,000 copies. Sephiroth is one of the most popular characters in gaming and , truth be told, his addition was inevitable. Along with his introduction is the addition of a new stage that seems to be based on the Planet’s Core where the final battle against Sephiroth takes place in the original game.

I admit I’m a bit perplexed that they would go for another character from the exact same game as Cloud though. They could have chosen any Final Fantasy antagonist, and there is a lot of options to choose from. Many fans bemoan the large amount of sword-wielding characters in Smash. It will be interesting to see how Sephy will fit in the meta-game. Sephiroth joins the game’s playable roster as the 78th fighter. There are still 3 more mystery fighters left in the game’s season two pass and it’s anyone’s guess as to who they could be.

Min Min from “Arms” and Steve/Alex from “Minecraft” were added earlier in the year. Now with Sephiroth’s addition there are still 3 mystery fighters left to reveal.

While Sephiroth is an awesome addition to the ensemble cast, personally I would have preferred Crash Bandicoot. Crash’s move set would serve him well as a close-range and distant fighter. Who would you want to see join the ever growing roster of Super Smash Bros. Ultimate?