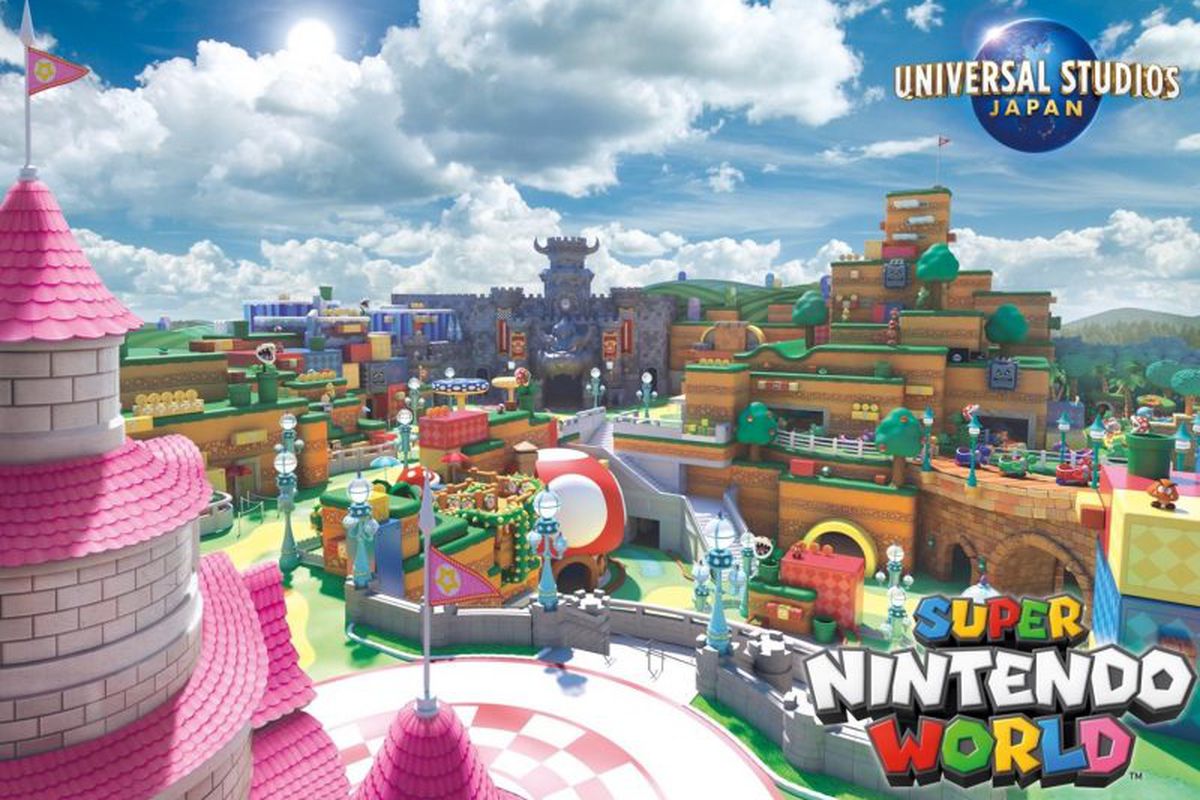 One more reason to travel all the way to Japan if you’re a Nintendo fan! You might want to trace the roots of that good ol’ game company whether you played in the 80’s, 90’s, or present day… Or maybe you want to visit the newest attraction: Super Nintendo World! Here we get a preview of the place and one of its rides!

The trailer begins with an overview of the Super Nintendo World park in all its glory! It looks *majestic* and totally fun; I envy the people who get to go!

A peppy rendition of the familiar Super Mario Bros. theme plays as the rest of the trailer proceeds; the footage then briefly previews for us the interior of the new ride “Mario Kart: Koopa’s Challenge” and it promises beforehand that “the world’s first interactive Mario Kart theme park ride will immerse guests into the universe of Nintendo.”

The sights are spectacular… Bowser guarding the entryway staircase, the ride’s four-passenger seats being shaped like Mario Karts, a whole land that captures the essence of Super Mario perfectly; from the spinning coins to the moving Piranha Plant.

This new resort, based out of Universal Studios Japan in Osaka, opens to the public on February 4th, 2021. While I almost say “bummer” for myself since I’m not likely to make a trip to Japan anytime soon… the good news is that while the Japanese edition of the themed land will be the first to open at the top of 2021, North American versions are slated to open in the future at Universal Studios Hollywood and at the planned Epic Universe in Florida.

I’d *love* to see a Super Nintendo World hit the USA! Make it happen, somebody!

A list of Super Mario enemies which leaves out Koopa Troopas!? I’m afraid so… as revealed in the PAX Online 2020 panel “35 Years...

Lego and Covid-19: How has this global event affected the brick?

Covid-19, the scourge of our Earth, has put many things to a grinding halt in many aspects of our lives. Everything from going to...