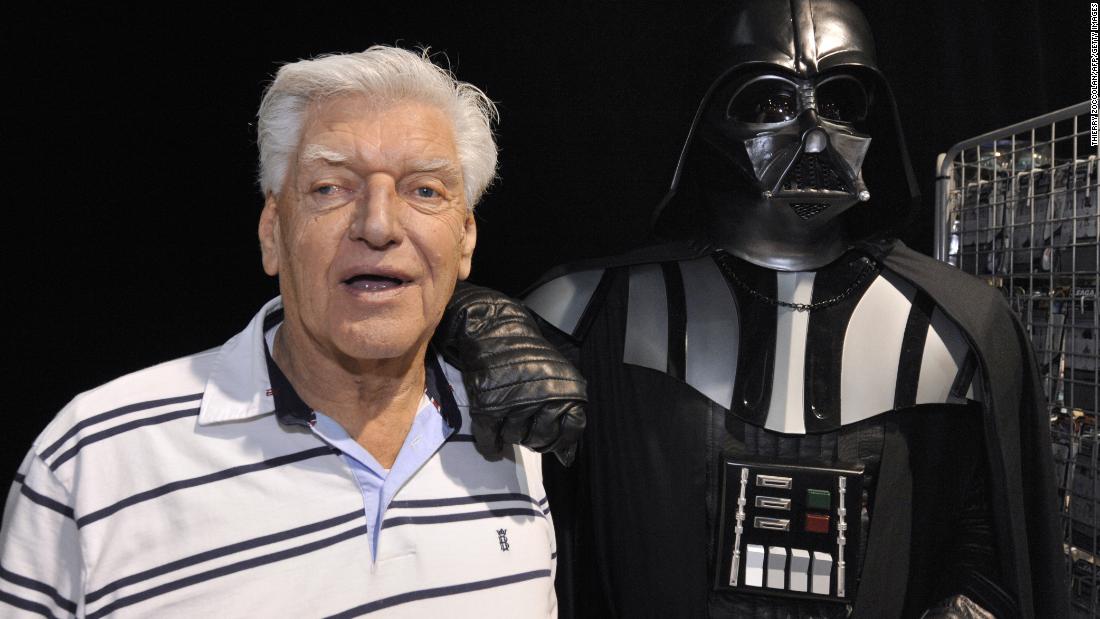 Prowse was cast as Vader for his imposing physique, even though the role was voiced by James Earl Jones.

“May the force be with him, always!” said his agent Thomas Bowington.

“Though famous for playing many monsters – for myself, and all who knew Dave and worked with him, he was a hero in our lives.” Mr Bowington called the actor’s death, after a short illness, “a truly and deeply heart-wrenching loss for us and millions of fans all over the world”. Mark Hamill, who played Luke Skywalker in the Star Wars movies, said he was “so sad” to hear the news. “He was a kind man and much more than Darth Vader,” Hamill said on Twitter. “He loved his fans as much as they loved him.”

So sad to hear David Prowse has passed. He was a kind man & much more than Darth Vader. Actor-Husband-Father-Member of the Order of the British Empire-3 time British Weightlifting Champion & Safety Icon the Green Cross Code Man. He loved his fans as much as they loved him. #RIP pic.twitter.com/VbDrGu6iBz

Prowse’s career as an actor spanned 50 years, but it was his role as the Sith Lord in Star Wars that brought him international fame. Prowse was a definitive presence in all three of the early films, thanks to his hulking 6ft 6in (1.98 m) frame, honed by the weightlifting skills which saw him represent England at the Commonwealth Games in the early 1960s. During this period, he reportedly became close friends with rival bodybuilding competitors Arnold Schwarzenegger and Lou Ferrigno (later better known as TV’s Incredible Hulk) – long before their on-screen fame.

With the success of Star Wars, Prowse became a regular on the fan circuit and attended conventions around the world for almost 40 years, but he was rumoured to have later fallen out with director Lucas and was banned from official events in 2010.

Despite the enduring clamour for Star Wars, the actor always maintained that playing the Green Cross Code Man, which he first portrayed in 1975, was the “best job I ever had”. Dressed in a distinctive green and white superhero suit, he became the face of British road safety for more than a decade, known for his catchphrase “Stop, look and listen”.

His autobiography Straight from the Force’s Mouth was published in 2011.