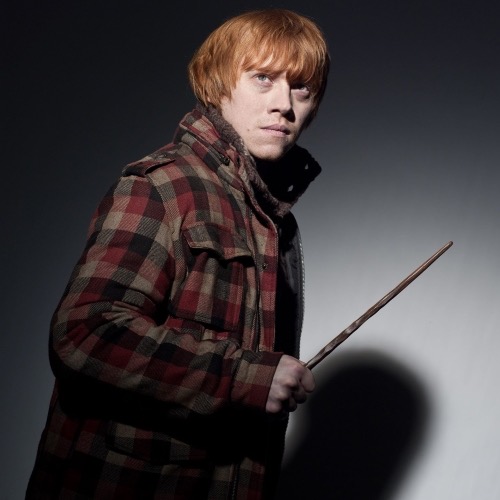 Red hair, hand-me-down-down robe, and a love for wizards chess?

Must be Ron Weasley.

I’ve heard so many contradicting views on the redhead of the Golden Trio. There are so many articles and fan websites claiming “that Ron Weasley is the worst” and websites that claim that “Ron Weasley is the best,” but on these sites, I see the same reasons why for both, over and over again. So, is the youngest boy of the Weasley household even useful for the plot? Or is he just tagging along for some comic relief?

Though I’m not claiming he’s the best character of the whole series or the worst, Ron is incredibly important to the plot of Harry Potter. Here are five reasons why.

1) Without Ron, Harry would have been sorted into Slytherin. Yes. You heard me right. Harry Potter would have been in Slytherin if he hadn’t met with Ron that day. Think about it. If Harry hadn’t met Ron, and no one else sat with Harry in that compartment, his first “friend” would have been Malfoy, Draco Malfoy. True, Hermione came into the compartment asking for Neville’s frog, but eleven-year-old Hermione being eleven-year-old Hermione wouldn’t have stayed. She originally stayed because RON was doing magic…or at least he was trying to. Hermione would have told Harry to quickly change into his robes and leave. Harry wouldn’t have had anyone, no one that extended a hand to him, offered a friendship until Malfoy, until Malfoy extended his hand in friendship.

The original reason why Harry didn’t want to be in Slytherin was because Malfoy was in Slytherin, because Malfoy had insulted Ron, because Malfoy had called Ron “the wrong sort.” Harry had been “the wrong sort” for eleven years in the Dursley household. Without that insult, Harry would have taken that hand of friendship, because he would have been alone. He wouldn’t have fought the sorting hat’s push for him to be in slytherin. Without Ron, without that friend he made on the train he wouldn’t have known, from Ron himself, “There’s not a witch or wizard who went bad who wasn’t in Slytherin.” Harry was new to the entire wizarding world. He would have taken any hand of friendship he could. Without Ron, the series would have been extremely different.

2) He has a very particular set of skills. No, of course Ron’s not Liam Neeson, but there are so many times throughout the series that needed Ron to work. In the first book, his knowledge of wizard chess saved Harry and Hermione from getting stabbed by stone swords. This boy whose voice hadn’t even cracked yet even sacrificed himself during the game for Harry to keep going, when he was eleven.

Ron’s connection with his sister in The Chamber of Secrets pushed him and Harry to go down to the chamber and fight a damn basilisk. In the third book, he was the owner of the true man who ratted out (pun intended) Harry’s parents to Voldemort. Without Ron and his rat, Siris Black would have never seen justice in the eyes of his Godson. In book 7, Ron gets Hermione and him into the Chamber of Secrets by speaking Parseltongue. He destroys a horcrux, one that showed him everything he worries about.

3) Ron’s family ties saved Harry multiple times. Part of the reason why Ron is so important is because of the ties he has to his family. Ron introduced Harry to Harry’s future wife. He introduced Harry to the Weasley twins, who then gave Harry the Marauders Map. Most importantly, he brought Harry into a loving family. Ron’s family brought a whole different light of the wizarding world for Harry. The Weasley family shows Harry what family is all about. If Ron hadn’t been there, and the Weasleys hadn’t taken in Harry, the only real demonstration of family Harry would have seen were the Malfoys, which would have used him as a tool. The Weasleys accepted Harry for who he is. They didn’t take into account that he was the chosen one. They just took into account that he was an eleven-year-old boy. They asked for nothing in return.

Oh, and don’t get me started about how amazing the Weasley family is.

The Weasleys have the flying car that saves Ron and Harry against giant spiders. They make up most of the Order and Dumbledore’s Army. Molly Weasley kills Bellatrix LeStrange in book seven. They are purebloods, and don’t care. They don’t rub it in people’s faces. They don’t forbid their children from marrying someone who isn’t pureblood. They embrace everyone with open arms. They love muggles and refuse to discriminate against them. Both Arthur and Molly Weasley’s families were in the fight against Voldemort before Harry Potter was even born.

Also, these red head kings and queens have the best fudge.

4) Ron brings balance to the Golden Trio. There’s been a lot of arguments about if Ron and Hermione should have ended up together or if Harry and Hermione should have ended up together. Here’s the thing–in adventure or magical books like this, there is always a trio. There are three people that balance one another. Harry and Hermione are new to the wizarding world. Ron isn’t. The trio is also a representation of the three types of blood wizards: Purebloods, Halfbloods and Muggle-borns. Part of the reason JK did this was to show unity, even through all the prejudices of blood status.

Ron, a pureblood, falls in love with a muggle born. He kisses her in front of Salazar Slytherin’s chamber, a symbol that represents pureblood superiority. Ron basically flashed the middle finger at those prejudices because he didn’t care about blood status at all. Ron brough a family to the Golden Trio. Harry really didn’t have a family to turn to. Hermione’s parents weren’t magical. Ron brings some calm to stressful situations, except when he was eleven and did this. He brought balance to Hermione and she brought balance to him. She taught him how to take action and step it up, when he taught her how to sit back and relax every once in a while.

Ron brings humor to stressful situations. After he kisses Hermione in front of the Chamber of Secrets, he laughs with her, easing the tension. In the sixth movie, Rupert Grint falls off the back of a couch to bring some laughs. Ron isn’t afraid to make a fool of hismelf, and is willing to laugh at himself when he does something stupid. Ron also throws himself into dangerous situations to try to save his friends. As seen, when he was eleven, he sacrificed himself for Harry. In the seventh book, when Bellatrix pulls Hermione aside, Ron loses it. This isn’t really shown in the movie, but in the book, he is unhinged, furious. He loses it.

5). Even if he’s angry, he always comes back. One of the hardest things to do is admit that you were wrong, especially when pride is a factor. In book four, he is furious with Harry after Harry’s name comes out of the goblet of fire. He avoids him for quite some time to keep from arguing and even uses Hermione as a messenger to talk to Harry. Through these messages, he warns Harry about the first event, even though Ron is still horribly furious with him. Friendships will not always be cupcakes and rainbows all the time. There are always ups and downs. Ron has ups and downs with everyone, but in the end, he admits that he was wrong and he always comes back.

Even after a horcrux twisted his mind and emotions in book seven, when he walked away from hunting horcruxes and got lost, he was able to find Harry and Hermione again. He even brought with him the sword of Gryffindor, which he later used to destroy the horcrux that ruined him in the first place. He admitted he was wrong and he came back.

Friendships are never perfect, but many of them dissolve if someone refuses to make amends or admit they’re wrong. Ron does. He makes amends. He always comes back.

Ronnald Weasley may seem like the comic relief, or the part of the trio that doesn’t seem to hold as much importance, but he does. Without him, the storyline would have served in a completely different direction. He’s loyal to his friends. He loves his family fiercely. Ron throws himself into danger to protect those he loves. He’s got the skills to pay the bills. He’s got the family that Harry ever knew he needed. He gave the Golden Trio a home.

But most importantly, Ron always comes back.

Make sure to check out our Facebook page for more geeky stories!