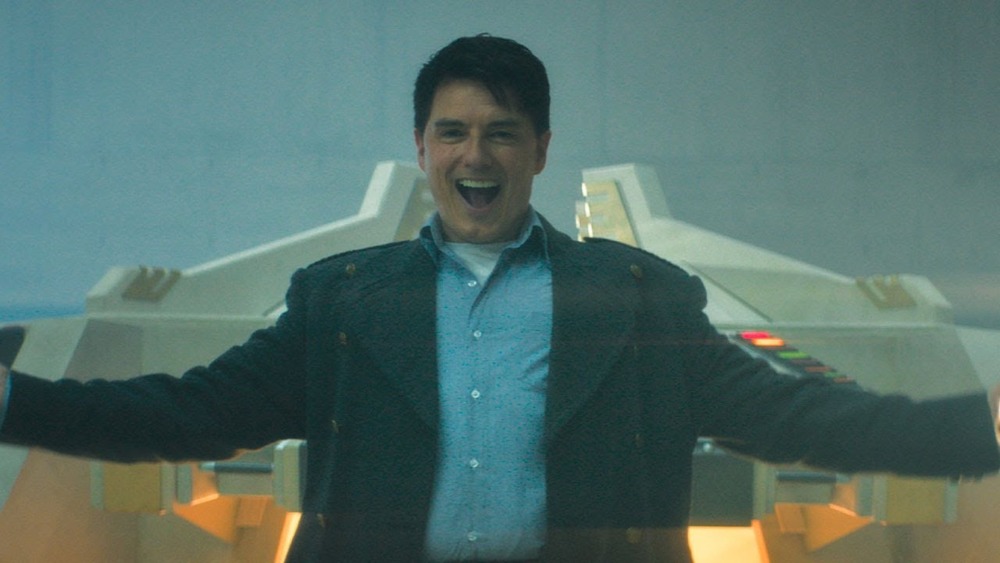 Fans demanded it, we sort of got it last season of Doctor Who (2005-present), but the next holiday special of the show promises the return of Captain Jack Harkness! This fan-favorite companion of The Doctor’s, played by John Barrowman, teased fans with his one-episode return “Fugitive of the Judoon” in Series 12 and they’ve since hoped against hope that it was a sign that he’d be back for more adventures down the road!

While The Doctor counts her time in prison, Captain Jack will hopefully arrive with a plan! Picture credit to express.co.uk

Well, they’re gonna get at least one more with this special! Harkness dropped in to warn The Doctor last time; now The Doctor is imprisoned and needs all the help she can get! It will likely take her “fam” consisting of Yaz, Ryan, and Graham to do something about that; but now we know the adventure will also involve the machinations of the good Captain Jack as well!

John Barrowman MBE revealed regarding the return for the special: “Putting on Jack’s coat and setting foot back on the set of Doctor Who was just like going back home. It’s always thrilling to play Captain Jack. He’s a character very close to my heart who changed my life, and to know the fans love him as much as I do makes his return even sweeter. I hope everyone enjoys Jack’s Heroic adventure with Thirteen.”

Captain Jack back at the TARDIS! Picture credit to doctorwho.tv

Show Executive Producer Chris Chibnall said “A Doctor Who Festive Special means treats galore, and there’s no bigger treat than the return of John Barrowman to Doctor Who, for an epic and emotional feature-length episode. If anyone can blast away the sheer rubbishness of 2020, it’s Captain Jack. Daleks beware!”

“Revolution of the Daleks” will air over the festive period on BBC One with more details to be revealed soon.

I am absolutely *psyched* that Captain Jack is coming back! I was not at all thrilled with most of Series 12… Captain Jack’s appearance in “Fugitive of the Judoon” was one of the very, very few joys I had. Nothing at all against Jodie Whittaker or her Doctor; but it’s Captain Jack Harkness!! The man who would make Captain Kirk *blush* with his exploits!

Whatever is coming for The Doctor and her “fam”, Captain Jack will undoubtedly help save the day. I fully look forward to seeing the holiday special and the return of Captain Jack Harkness!

In this article:Captain Jack Harkness, Doctor Who, Fugitive of the Judoon, John Barrowman, Revolution of the Daleks