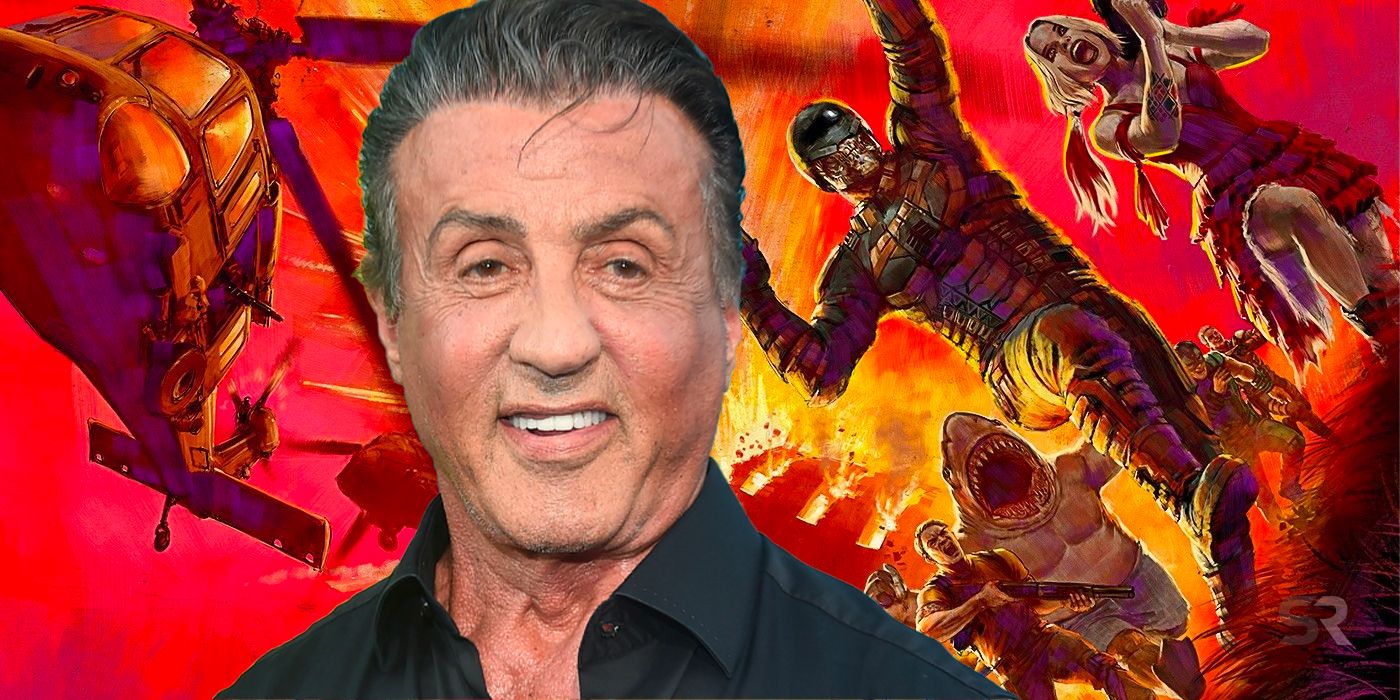 Just when the cast for Warner Bros. DC Comics film The Suicide Squad (2021) couldn’t seem bigger, cue Sylvester Stallone ripe and ready to add one more body to the mix! Stallone joins up in the James Gunn-directed film in an as-yet-unknown role.

James Gunn and Sylvester Stallone pal around for the camera! Picture credit to cosmicbook.news

The actor recently revealed the news via Instagram, saying in caption “No rest for the weary but what I do is so enjoyable I don’t even call at work it’s a gift.” He went on to say in his Instagram video:

“Good morning everyone it’s Saturday and I’m in my way over to do a little work with a great director James Gunn on Suicide Squad 2 and I think it’s going to be a spectacular effort,” Stallone said. “I saw it and it’s unbelievable, so I’m very proud to be included and I can’t tell you anything more about it because you’re going to have to wait and see that but it’s going to be well worth the wait. Anyway, keep punching and see you in the movies.”

I think the cast of The Suicide Squad is *already* insanely ginormous… So what’s *one more* name among actors!?

Sylvester Stallone as Stakar in “Guardians of the Galaxy Vol. 2”! Picture credit to small-screen.co.uk

Stallone is known not only for his long-time success as boxer Rocky Balboa in the film series named after said character, but he also found work in the Marvel Cinematic Universe in Gunn’s film Guardians of the Galaxy Vol. 2 (2017).

Stallone rarely does bad work; so I expect whatever his role in The Suicide Squad, it’s bound to be fine… If it’s nothing more than a bit part, that’ll be fine too. He’ll bring something cool and probably fun or funny in what’s likely to be a light-hearted romp anyway. Bring it on, Sly!