No Kryptonite? No Problem! 7 Characters Who Could Beat Superman! 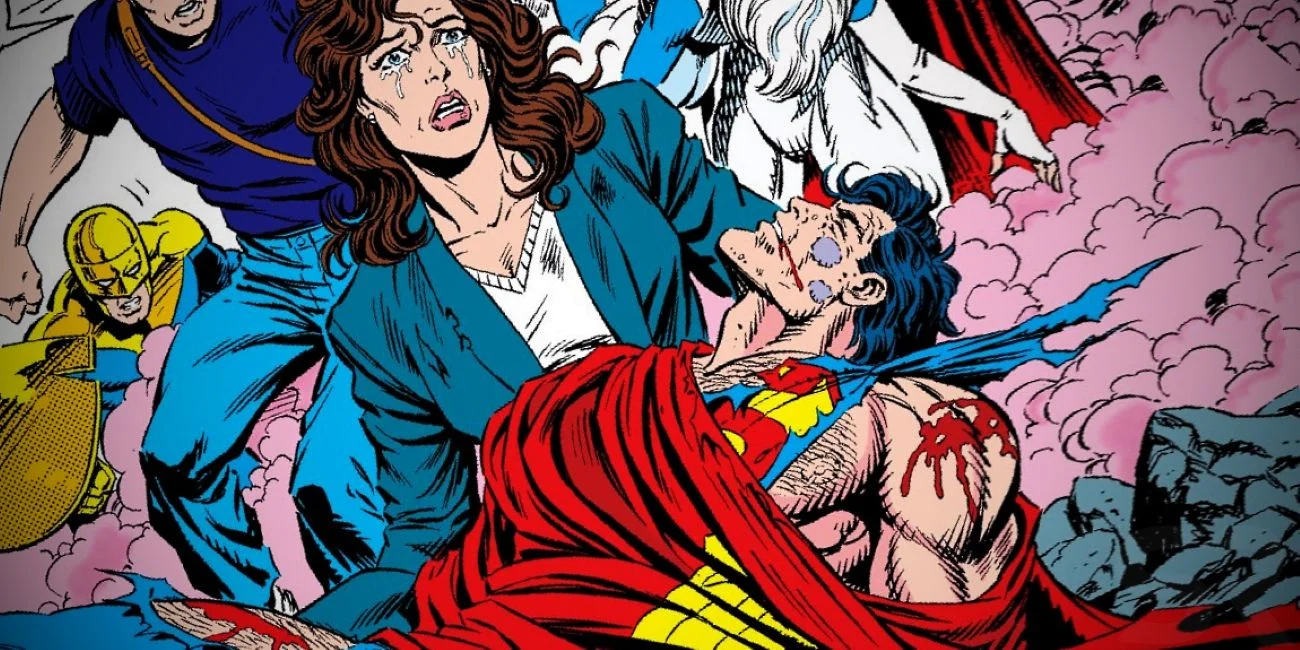 Superman *can* be beaten! In a toe-to-toe fight, *no Kryptonite* involved to weaken him, WHO could stand a chance at defeating the Man of Steel? It pains this long-time fan of the big blue boy scout to admit it, but there may be a small number indeed who could do it. This list explores a few characters who could defeat Superman!

Superman vs. Doomsday… The definite article answer to who could beat Superman in a fight! Picture credit to screenrant.com

(1.) Doomsday –
As if *he* wasn’t gonna make the list?? Doomsday is *the* top contender to take Superman down without anything more than brute force! With his muscle-bound exterior laced with razor-sharp bone protrusions, Doomsday, a Kryptonian science project, was bred to be the ultimate survivor; he also became the ultimate killing machine! That is his sole purpose and goal: wanton violence and destruction! Superman has reason to fear this menacing beast who beat him — for all intents and purposes — to death once before and could very well do so again if big blue isn’t careful!

(2.) Wonder Woman –
The two have fought before, and Wonder Woman proved many times that she could defeat Superman if she absolutely had to do so. Though perhaps not as physically powerful or as fast as Superman, Wonder Woman sooooo makes up for this in her superior skills as a warrior with abilities in combat. Superman just doesn’t *have* this advantage; he’s a diplomat and a powerhouse at best; not a warrior…

(3.) Dr. Manhattan –
Let’s be honest… Dr. Manhattan is nigh omnipotent! He can make anyone scatter into a million pieces with a wave of his hand, and probably at the speed of thought… I think it’s fair to say that the only reason he hasn’t laid waste to Superman alongside his curiosity in the Man of Steel is because he just doesn’t *want to*… He *could* if he wanted to, and I don’t think there’s a lot that Superman could do to stop Dr. Manhattan’s god-like power. It’s a pretty short contest here: Superman would charge in bravely, but Dr. Manhattan would utterly eradicate him… The end!

Darkseid (right) has Superman in quite the grip! Picture credit to YouTube (via Superhero Movie Clip channel)

(4.) Darkseid –
Raw power vs. raw power… Darkseid is truly about as physically strong and nearly invulnerable as Superman; so the two when they fight are often evenly matched and the result is often going to be anyone’s guess. But Darkseid is a warrior and a powerhouse; whether with brute strength or his Omega Beam, he does have what it takes to take Superman down without aid of Kryptonite… In fact, he’d scoff at the very idea of stooping so low as to using an aid of any kind in a fight against his Kryptonian enemy!

Could General Zod defeat Superman in a fair fight? Picture credit to trendingetc.com

(5.) General Zod –
Much like Wonder Woman, Zod makes the list because unlike Superman he is a trained warrior *and* is about as powerful as the Man of Steel; if not equally powerful because both he and Superman are Kryptonians under a yellow sun. In most any depiction of the character, General Zod is a ruthless foe with no mercy; the only reason he has not spanked Superman before is because fortunately Superman has always found a way to outsmart or outmaneuver the general; but what happens when Superman runs out of tricks?

Doctor Strange himself; a potential contender against Superman! Picture credit to thefilmchair.com

(6.) Doctor Strange –
Why Doctor Strange? Well, I’m thinking he *might* have a shot because of one primary fact: Superman has a particular vulnerability to *magic*… and we’re talking the *Sorcerer Supreme* here! The Master of the Mystic Arts!! He knows how to bend reality and utterly spank his enemies around with his magic… I think he could school ol’ Supes a fair amount with his hocus pocus if the two were ever to find themselves at odds! But he better do it quick before Superman super-speeds a few moves.

(7.) Martian Manhunter –
Nearly as strong as Superman, but… the martian has a few serious advantages over Superman which might win him the day! He can phase through anything, which means he can make Superman’s hits phase right through him. But more important than that, Martian Manhunter is a *master* of psychic power, among other mind-based powers, and could basically destroy Superman’s brain if he wanted to and there is little that Big S could do about it; which is probably why we’ve rarely seen the two super beings tussle so far.