Ahsoka Could Make or Break the Mandalorian 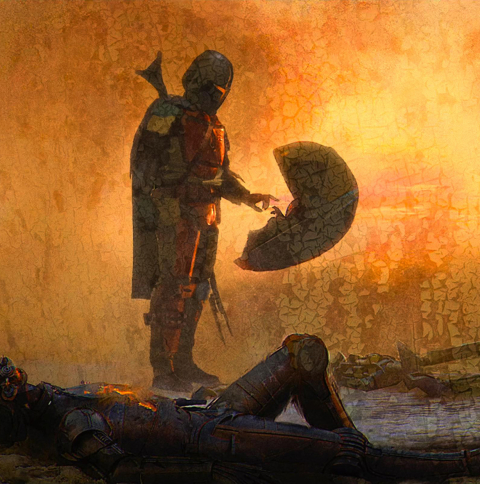 The Mandalorian Season 2 is approaching faster than the Millennium Falcon at light speed and the cameo rumors have run the gamut, ranging from Boba Fett to Ezra Bridger. Of all of these rumors, one seems especially reliable in this time of speculation: Rosario Dawson as Ahsoka Tano. The question remains—if there’s an Ahsoka appearance, what will her role be in the show?

The first season introduced us not only to the Mandalorian, Din Djarin, but also to the breakout character The Child or “Baby Yoda” as some have affectionately been calling him. Season one ended with a quest given to Djarin to find the child’s people and what better Jedi is there to help train the youngling than Ahsoka.

This will be the first time Ahsoka has been brought to life on the screen and it is a bold move by the folks at Disney since this could make or break the rest of the series. Although Ahsoka’s popularity has only grown since the series finale of The Clone Wars premiered her appearance in The Mandalorian can only work if it is just a smaller appearance, maybe even limited to one or two episodes.

She is so popular that she could easily steal the scene from the characters that were so well developed in the first season. However if her screen time is limited and it sets her up for her own spin off series then it will most likely be on the greatest moments in TV history…at least from a geeky standpoint. She is such a fan favorite that having her own show is a no-brainer and this is the perfect springboard to launch such a venture.

Honestly I am anxious to see her and hope this moves her to another level as far as character development but she does not need to be in the show so much that she takes eyes off the main subjects of the show. Ahsoka made her first appearance in The Clone Wars.  Which was created by Dave Filoni and of course he is wearing several hats in the show now acting as producer, some time director and even an on screen cameo so it makes sense that he would want his character involved in this.

The Mandalorian is a masterpiece of film making by itself and the addition of Ahsoka can only make it better, so long as her presence is nothing more than a smaller role that drives the plot forward and does not draw away from the leading characters or the story as a whole. The show is titled The Mandalorian not the Ahsoka show.

While I am ecstatic about seeing her in real life and not just as an animation, I also realize I’m am watching the show for the continuing adventures of Din Djarin and the his mission to keep the Child safe as he searches the galaxy for his home.

Stay up to date with the latest geeky news and updates by visiting our website, or look us up on Facebook and don’t forget to check out our gamers over on Twitch.