Chris Pratt The Target Of Online Hatred And Toxicity. 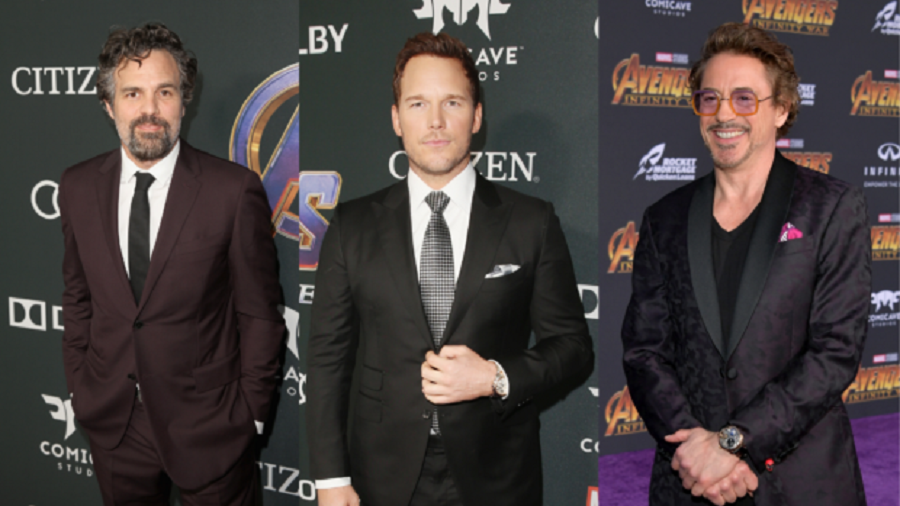 Chris Pratt has found himself in the firing line of Keyboard Kowards from a perceived lack of alliance status with the LGBTQ community.  Like a long list of other celebrities burnt at the stake after failing the internet scrutiny test, he came under fire from actress/activist Ellen Page after a Late Show appearance where he mentioned he had been on a fast on the advice from his church.

In a non-relevant comment, the actress was quick to highlight an alleged anti LGBTQ stance by Pratt’s Zoe Church, without any actual evidence to support her claim.

She followed this tweet up with the following, using Pratt’s celebrity to justify her left field attack that she still didn’t qualify with any actual evidence.

Now whether that statement is entirely accurate is difficult to judge, the church itself is modeled after Hillsong, an evangelical Australian based church that boasts the Australian Prime Minister as a member.  The pastor, Chad Veach, who created the Zoe church, has created a film expressing an opinion of homosexuality being a ‘sexual brokedness’.

The head of Hillsong, Brian Houston, disagreed with the Australian plebiscite on Same Sex Marriage.  That, to my awareness, is the sum total of their “hatred” of LGBTQ folk.

For those unfamiliar with the story, the Australian government in 2016 was conservative, but led by a fairly progressive Prime minister.  They faced a massive push to legalise same sex marriage.  Faced with losing support from it’s constituents, and internal battles over the morality of the issue, they basically copped out, and put it to a public vote, so they wouldn’t have to suffer at the polls from the right-wing traditionalists.

However, back to Chris Pratt, who, as far as is concerned or seems to be aware, his church does not actively discriminate against the LGBTQ community.  His response to the Ellen Page comment was…

“Despite what the Bible says about divorce my church community was there for me every step of the way, never judging, just gracefully accompanying me on my walk. They helped me tremendously offering love and support. It is what I have seen them do for others on countless occasions regardless of sexual orientation, race or gender, but no church defines me or my life and I am not spokesman for any church or any group of people.”

Now this is America we are talking about, America has founding principles that are constitutionally protected and enshrined in law.  In the first Amendment it guarantees the protection of free speech. The First Amendment also guarantees the protection of freedom of Religion.  The position of LGBTQ people within the religious sector has been an obvious battleground and more than likely a sore point for the movement.

But we aren’t talking about the Westboro Baptist Church here, a church that actively pickets gay funerals and engages in other despicable behaviour toward homosexuals.  The Zoe church simply chooses not to publicly have an active opinion on LGBTQ issues or declare allegiance with them.

Then there is also the allegation that Pratt is a Trump supporter. I use the word “allegation” because he has practically zero public statements about anything political…at all. Now believe me, I am not a Trump supporter. In fact I am a harsh critic, but I would defend to the death Chris Pratts right to support whatever candidate he so chooses, without criticism.  Nearly half the country supported Trump in 2016, being a celebrity should not mean you lose the fundamental democratic right of supporting a political candidate of your choice.

So, what are Chris Pratts crimes against humanity? He engages his constitutionally protected right to worship in a church of his own choosing and possibly supports an election candidate?

Fast Forward to this weekend, and a tweet saying “One has to go” that implied Chris should be removed from the group, the four famous Chris’s, sparked a defense from some of Chris Pratts closest friends and co-stars, firstly from Mark Ruffalo…

A reasonable request, judge the man by his character not his somewhat nebulous affiliations.

Then Zoe Saldana stepped up to the plate with a Tupac quote.

And you would think you couldn’t go wrong with a personal commendation from Robert Downey Junior himself.

Robert Downey Jr went on to say, “If you take issue with Chris,,, I’ve got a novel idea. Delete your social media accounts, sit with your OWN defects of #character, work on THEM, then celebrate your humanness… @prattprattpratt I #gotyerbackbackback.”

Then the fecal matter hit the oscillating blades of twitter.

The response was a vitriolic vomit of sheer hatred, an unadulterated bombardment of toxicity, bullying, death threats, racist smears and pure vileness that will not serve the best interest of anything, let alone the LGBTQ movement.  Rather it will add fuel to the fire that LGBTQ activism is nothing but a bunch of left wing lunatics.

But exactly how much of this is legitimately driven by political belief and how much is pure trolling at it’s ugliest?  Hard to tell.  It’s also hard to justify given that Pratt’s initial response was simply to try and make himself a small target and hope it would all just go away.  It’s intellectually dishonest to say he’s done anything at all to fan the flames.

Now, the twitter-sphere has chosen another point of attack at these particular stars.  They are denouncing them for standing up for Pratt, but not for co-star Brie Larson.  Brie is an active advocate for diversity and feminism and copped a lot of abuse, and death threats online for her viewpoints.

That question may remain unanswered.  I suspect that after the online onslaught the MCU may want to gag everyone, hoping to let the issue run out of steam.  I can only suspect that it is because people are more likely to defend someone they are close to.  I’m not buying in to the clickbait rumour mill claiming Brie Larson’s on set relationships are dismal with the MCU cast.  However maybe it’s just that Chris has found a deeper place in their hearts.  Certainly after several films together Zoe Saldana and James Gunn would have a substantial bond with Pratt.

As for my opinion? we live in a world where people have fundamental basic rights.  The right to speak their mind, the right to worship where they choose, the right to support whatever movement they see fit.  None of those rights give exclusion to consequence, but celebrity shouldn’t be a justification for constant online scrutiny and crucifixion, by online trolls who cowardly attack from the safety of their keyboard.  Nor do I think people should be judged by every affiliation or opinion they may have had in their past or present.

Many people are far too self righteous and more often than not, far too hypocritical, when it comes to criticizing others.  That people might think calling a black woman a Coon is justified, because she supports a person that might be homophobic, simply because of his church, is some kind of next level bat shit crazy.

And is it simply not enough for people to treat others fairly, and advocate that people can live their lives freely, and without persecution for their life choices.  Is it absolutely necessary that everyone be an ally or advocate, or they become the enemy.  Can we not simply choose to not have an opinion, to not pick a side and just live our lives the way we want?  isn’t that what freedom is all about?

If you want to criticize Chris Pratt in a meaningful and considerate manner that displays intelligence and well thought out points?  Bang away, that’s part of your rights, your freedoms.  If you want to join in on an ambush attack of hatred, abuse, threats and bullying?  Then you are the problem, you are no better than the bigots, the fascists, the misogynists and racists.  Your opinions hold no validity and you are simply human trash.

I’m hoping there is a really nasty part of hell reserved for the online trolls of today, perhaps one where every second of their life is scrutinized and criticized.  Where they are abused and persecuted from the shadows.

Let me know in the comments how you feel about this and online abuse in general.

In this article:Marvel, MCU, opinion