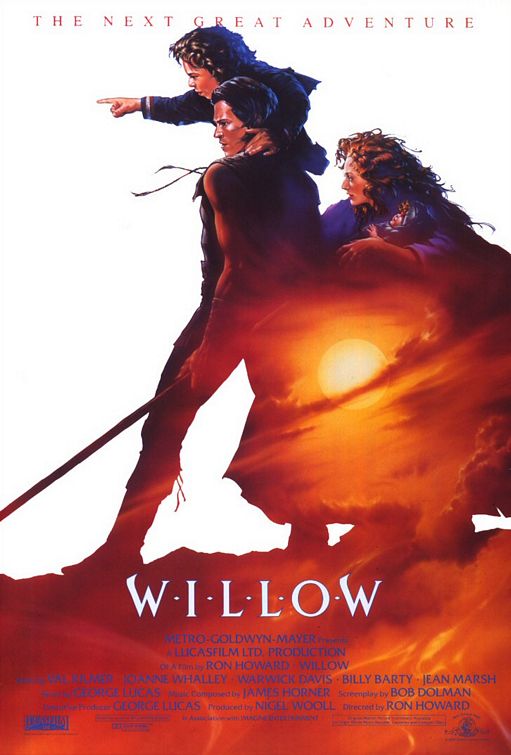 The enchanting world of “Willow,” created by George Lucas, is officially coming to the small screen.

Disney Plus has confirmed a sequel series taking place years after the events of the original Ron Howard-directed pic is heading into production next year. Howard is returning to the project as executive producer alongside original star Warwick Davis, who will once again play the titular hero Willow Ufgood.

The series has also tapped “Crazy Rich Asians” and “In the Heights” director Jon M. Chu to helm the pilot and exec produce. Jonathan Kasdan (“Solo”) and Wendy Mericle (“Arrow”) will serve as showrunners.

“Willow” the series hails from Lucasfilm and represents the company’s first non-“Star Wars” venture since 2015. The show will introduce all-new characters to the magical realm of fairy queens and two-headed Eborsisk monsters.

The original film centered on Davis’ Willow, who reluctantly forced into playing a critical role in protecting a special infant named Elora Danan from an evil queen (Jean Marsh). A prophecy told that Elora would bring the queen’s downfall. Willow was helped along the way by a mercenary swordsman, played by Val Kilmer. It also starred Joanne Whalley, Billy Barty and Kevin Pollak.

Bob Dolman, writer of the original film, serves as consulting producer, with Lucasfilm president Kathleen Kennedy on board as an EP alongside Michelle Rejwan. Howard’s Imagine Television is producnig, with the company’s Roopesh Parekh and Hannah Friedman in place as co-executive producers. Julia Cooperman will produce.

In this article:Disney Plus, Lucasfilm, willow