Who's the Boss? Meet Dave Gremillion. 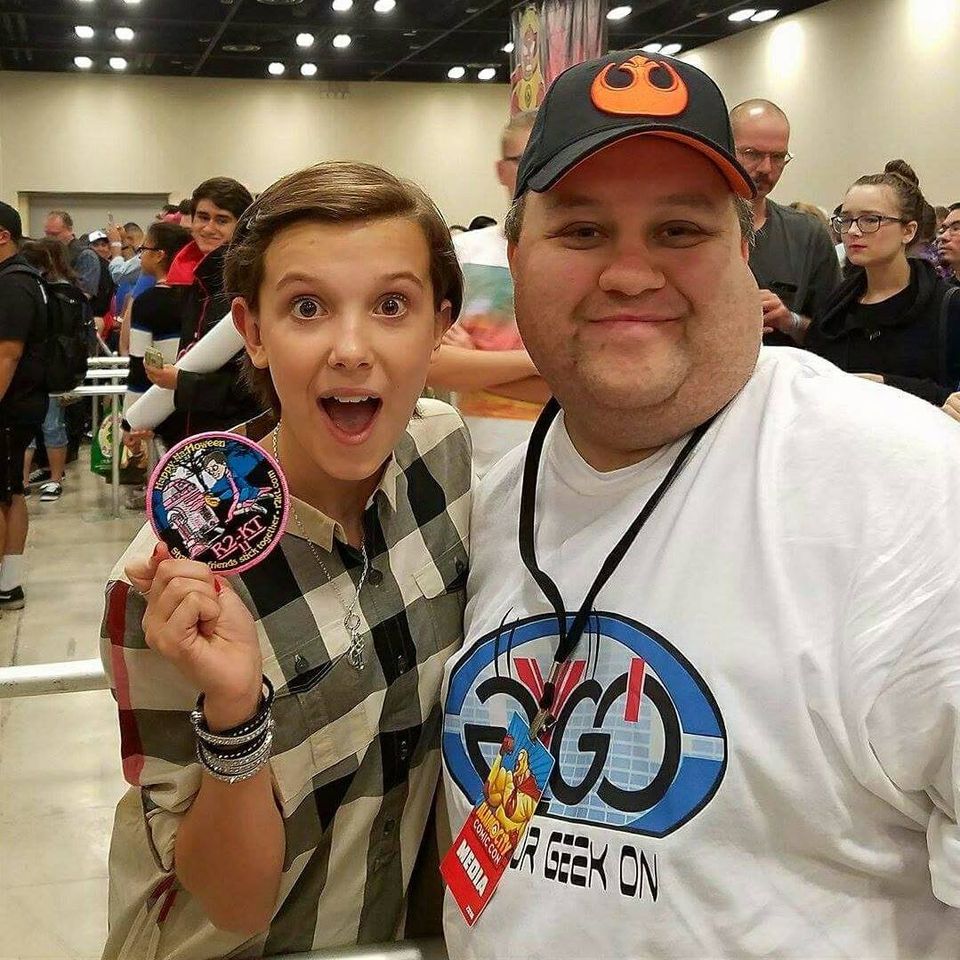 It’s not everyday you get to interview the Boss, so I feel especially privileged to present this interview with the Uber Geek in charge of Geek News Now, and also the Grand Poobah of many huge Geek’s groups including:

All told? He oversees groups and pages with membership well over 125,000.

As a massive Star Wars fan, I’ve lurked around the Star Wars Geeks Unite page now for years.  I’m proud to be a moderator for it.  In that time, there is always a voice for reason, for acceptance and calm… and that voice belongs to David Gremillion.

Now he is launching the Geek News Now media empire, I want to take a few minutes to share an insight into the man and his vision for your geek entertainment news and current affairs.

“Hi David. Firstly we all know you as a proud son of the lone star state, so for my first question: “CBS has picked the Dallas Cowboys to win the super-bowl this year, how do you rate their chances? “

David- “CBS has been in the back pocket of Jerry Jones since Aikman was throwing the ball around so this doesn’t surprise me. They have a shot, sure. However, until they get a consistent pass rush the defense won’t be a real threat. Most importantly, the “culture” needs to change up there. They still settle for 8-8 and being just “good enough”. There’s too much talent to settle for being mediocre.”

“You’ve been involved in Geek Culture and social media for a long time now, what was your first experience in online fandom?”

David- “I resisted getting on Facebook for a long time, but that changed in 2011. My first experience? Running the Star Wars Fanbase page after it was given to me by the owners when they decided to leave Facebook. That was my first taste of being on THAT side of social media and running that with “Duneglider” was fun and really enlightening.”

“You started the Star Wars Geeks Unite Facebook group and associated pages with Darryl Roberts. Can you tell me how that all came to be?”

David- “Darryl had a long-standing vision of creating a Facebook network of groups and pages that could be transformed into a non-profit, that could do some good for people in need. When a set of Facebook pages with a lot of followers were zapped by Facebook, we saw the opportunity to kick off “Geeks Unite” in earnest. He advocated the growth of the main group on Facebook and I created the pages that would be a catalyst for the network to be a stable and safe home for Geeks on social media.”

“Darryl tragically died between hearing the news about the renewed star wars and the release of force awakens, which is a cruelty all in
itself.  How do you think Darryl would have felt about the new movies and the current state of the fandom?”

David-“His loss was a terrible blow for a lot of people both in and outside of his family. That man had real vision, a rare thing nowadays. I think he would be saddened by the state of the Star Wars fandom. He didn’t like division, hence the name “Geeks Unite”, and really despised dissention. He would have enjoyed the content we have been given by Lucasfilm in the past few years, understood that not everyone was pleased, and fought to keep things upbeat and positive. After all, it still is one of the greatest franchises in history.”

“There was quite a schism caused by a takeover of the original page, you soldiered on and created anew and invited like minded people to
cross over. You are now up to 16.7K members, do you feel vindicated in those numbers that you did the right thing and that the members
supported your vision?”

David- “Vindication” has never been on my mind. Here’s a little nugget of truth that I don’t often say. What REALLY saddened me about the takeover wasn’t how it was done, but what happened to Darryl’s group afterwards. It descended into racist attacks, bullying, online harassment, and general anarchy. People joined our group because they just didn’t feel safe in the former group. They want to talk Star Wars in a secure environment and that didn’t exist once the Admins were removed. Honestly, we’re not even aggressively trying to grow the group. This type of growth is purely organic and I couldn’t be happier than to see people enjoying themselves once again, rather than cower in fear that their post or comment will be savagely attacked.”

“You’ve had a successful radio show, you’ve tried podcasting and other outlets to create a geek voice in the community.  You are now
directing a new spearhead with “Geek news now”.  For a guy who’s known to be his own harshest critic you’ve shown a lot of resilience.  What’s driving that ambition?”

David-“Quite simply, I want to make a difference. When I had a podcast in my living room, I was able to dispel myths, rumors, and innuendo. It was on that show that we showed the dangers of clickbait (Joss Whedon doing a Revan movie was my favorite), and allowed Jake Lloyd to debunk that he hated Star Wars.  With the radio show? We provided coverage to cosplayers, small businesses, vendors, and fan groups that didn’t get a spotlight from the press before. Now with GNN? It’s like my radio show on steroids. We are in a position to review games from indie companies, products and merchandise from companies that aren’t on the Fortune 500 list, and STILL shine that light on fan groups while allowing our staff to get their voice onto the web.”

“You’ve promoted Geek news now on a platform of accuracy in reporting, in a world of sensationalism and click-bait is that not a semi-suicidal ideal? Is there a place in news now for the truth?”

David-“The truth is among the most important things we can see in the fanbase. The studios owe it to us to reveal the truth when they can, but the drive for “clicks for dollars” has distorted what is truth. Websites have been scavenging for dollars and they will print any bit of sensationalism that might bring them a few bucks. They will swear they have a “source” but we all know that they have nearly zero journalistic ethics. It’s about money to them. They have no interest in the fans or the truth. Part of why I founded GNN is to bring truth back to the forefront of any fanbase.”

Behind all the media facade, what’s been the highlight of the last ten years personally for you? And the lowest ebb?

David-“I’ve had the opportunity to travel to Seattle, Chicago, Atlanta, Anaheim, and other places in the USA and meet some remarkable people. It’s a shame people can’t travel more, even before COVID-19, because every city has some incredible sights and sounds. The lowest? Well I won’t dive into too many details, but my wife and I have been trying to adopt children out of foster care….for five years. Needless to say we aren’t terribly thrilled about the process and we have suffered tremendous heartbreak, but we have high hopes for the future. There are way too many children that need a stable and loving home.”

You were so disappointed with the star wars prequels you basically rewrote them yourself with novels like “hunted” and “artoo- droid of a kind”.  Any plans to rewrite the sequel trilogy?

David: “I thank you for using the word “disappointed” because that is truly accurate. I don’t hate the films, just disappointed in them. That being said, I have been SERIOUSLY tempted to tackle Episodes VII, VIII, and IX, but trying to build a media empire seems to take up a great deal of time.”

“You have recently been infected with the Doctor Who virus. so final question, who’s your favourite doctor and why?”

David- “I think Tennant was the best Doctor (past and present), but Matt Smith had the best episodes…and he had Amy Pond.”

So there you have it folks, that’s the man driving the cultural dynamic here at GNN, and his philosophies are what drives us to bring you, the fan, the sort of content you can rely on.