To Sequel Or Not To Sequel? Panelists Answer This Video Game Question! 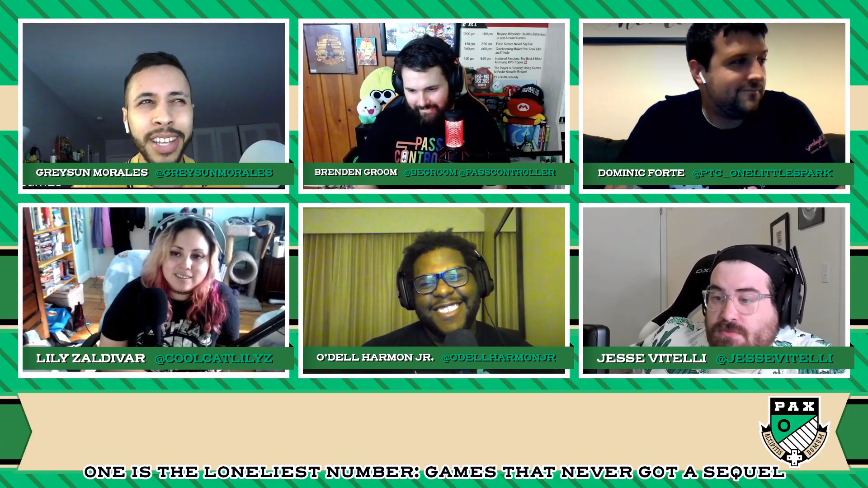 Some games exist which we like a lot and want *more* of… and yet, they don’t get a sequel! This is something which six speakers for the PAX Online 2020 panel “One Is The Loneliest Number: Games That Never Got A Sequel” discussed for your pleasure! Together, they shared views on their ideal sequel-worthy games.

Prepare for battle as you enter the world of “The Order: 1886”! Picture credit to stevivor.com

Greysun Morales (Features Editor for Twinfinite) selected “The Order: 1886“… A third-person shooter game where players use advanced tech to fight a powerful enemy in Victorian London.

“It was so cinematic and, uh, so visually impressive for the Playstation 4.” said Morales, and added “It was a pretty short game, umm, but I was so intrigued in the story, and the presentation, the visuals, and stuff, that I think a sequel just would’ve been so incredibly well done.”

Join the hectic fray within “The World Ends With You”! Picture credit to giantbomb.com

Lily Zaldivar (Animation Production Coordinator of VIZ Media) chose “The World Ends With You” on the Nintendo DS, in which players bounce between the world of the living and the dead while involved in a competition called the Game. She expressed sadness that central character Neku and all other characters involved only returned in the “Kingdom Hearts 3D: Dream Drop Distance” game; though she cited some optimism with the fact that there is an Anime adaptation of “The World Ends With You” due in 2021.

“So, the possibility of a new sequel coming out is, you know, it’s up in the air; you never know!” said Zalvidar, and adds “The fact that we haven’t gotten anything that involves, like, the future of The World Ends With You really saddens me. Uh, so I’m hoping that because-… if the Anime adaptation does really well, maybe we’ll get The World Ends With You 2: Electric Bugaloo!”

“Visually for the Gamecube it looked amazing!” said Harmon, who added “You had to, like, jump, and clap, and do crazy stuff to, like, you know, platform your way to the boss. And then it had these legit boss battles where you had to, like, block, beat the crap outta’ the boss, and do all these crazy things! And, I mean, it was fun!”

“The company [Bizarre Creations] that made the game and the publisher [Acclaim Entertainment] no longer exist.” said Vitelli. “So the chances of this game ever getting a sequel are pretty much slim-to-none.”

Mario and Bowser teaming up? Weird times in “Super Mario RPG: Legend of the Seven Stars”! Picture credit to YouTube (via NintendoMovies channel)

Groom chose “Super Mario RPG: Legend of the Seven Stars“. He admitted that one might consider the Paper Mario or Paper Mario and Luigi games as spiritual successors, but doesn’t consider them official sequels.

“You could take a sequel to Super Mario RPG,” said Groom, “make it a little bit more of a traditional turn-based RPG with the stuff that makes it Super Mario RPG, obviously; you know, the timing combat, and other-… other fun stuff that’s in there. Uh, but you can revisit all these characters.”

I can’t say I’ve played any of these games in their list, but I know the feeling of wanting to see favorite games get sequels. These panelists showed genuine love for their chosen games and it was fun listening to them all pitch ideas for their further chapters! Check it out from the 5hr, 40min, 05sec mark to the 6hr, 40min, 08sec mark of the PAX Online Day 7 – Stream 3 video on YouTube; or check the video from the Pass The Controller channel!