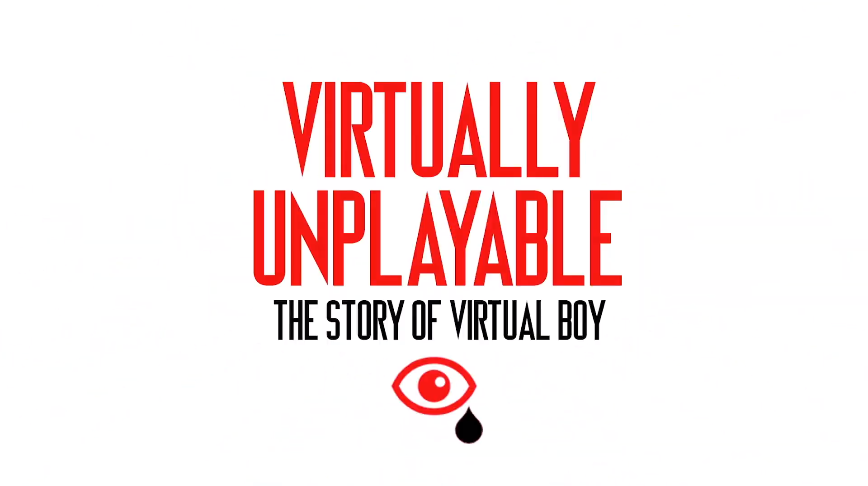 The Nintendo Virtual Boy is going to be remembered, rightly so, as one of the big video game console flops! But do we know the full story of its origin? This is something which Ben Bertoli and PushDustIn, co-hosts of the “Memory Card” podcast, discuss for the PAX Online 2020 panel “Virtually Unplayable: The Story of Virtual Boy”.

Memory Card is a podcast in which the two co-hosts go over the respective histories of various game consoles, so this panel discussion was hardly unfamiliar terrain for them as they led listeners into their tale regarding that of the Virtual Boy.

Bertoli said the story begins not with Nintendo, but with a man named Alan Becker.

Alan Becker, creator of the technology which lead to the creation of the Virtual Boy! Picture credit to YouTube (via PAX channel)

The story Bertoli has is that Becker, on a plane in 1985, wished there was a portable computer you could use in a cramped space that looked better than the low-resolution, clunky laptops of the time. Becker endeavored to create a device that was small, efficient, and used LED lighting. He eventually developed a display made of single-line LED’s that could “print” an image onto a person’s eyeball by changing the light patterns; this display was called Scanned Linear Array (SLA).

Instead of shooting these beams directly into the eyeballs, the display shot them onto mirrors that would oscillate, swiveling back-and-forth quickly, making the image look crisp and clear. The reason that the device was seen in red was because because red LED’s at the time were the most inexpensive; something which Nintendo took to when they decided the graphics of Virtual Boy would be red on black. Even though it was a 1 inch display in front of the eye that Becker came up with, it simulated a 12 inch display that appeared to be 18inches from the face. He called this device the “Private Eye”.

Becker tried marketing his idea as technology for medical and mechanical purposes, but no-one would take the bite. Then virtual reality became popular in the 80’s and 90’s! Becker and his company, Reflection Technology, shifted their device to suit the virtual reality market. Companies like Hasbro and Mattel ultimately passed; as did Sega which worried about headache inducement and motion sickness.

This lead to Reflection trying their luck in Japan with Nintendo, inevitably leading to the creation of the Virtual Boy under designer Gunpei Yokoi who was very fond of this innovative tech idea. Originally, Yokoi wanted it to be a wearable headset; but this was nixed because it would be too heavy and there was no comfortable rig they could develop. The Virtual Boy would rest on a mini-stand set on a desk or table.

The 3D effect, resulting from two 1X224 linear arrays (each one directed to an eye) which presented through oscillating mirrors, could cause eye trauma; to the point that Nintendo even warned parents to not allow children under age 7 to play it as it could damage their eyes.

Side-note: though Nintendo decided to not have it’s star character Mario as *the* face for the Virtual Boy, the console’s best-selling game was “Mario’s Tennis”.

Nintendo partnered with Blockbuster and the latter company used to rent the console out in its stores for $9.99. People rented it and returned it disappointed; leading to their not buying their own Virtual Boy. These very rental systems have since become collector’s items.

Mix-master JAMATAR playing for his audience! Picture credit to YouTube (via PAX channel)

After the history lesson, viewers were treated to music from Memory Card’s mix-master JAMATAR… It was pretty cool!

I don’t know about anyone else, but I came away from this panel educated on something I only knew tidbits about before. I knew it was a flop, but I had no idea of it’s true origin. Interesting stuff! Check it out from the 5hr, 05min, 53sec mark to the 6hr, 04min, 49sec mark of the PAX Online Day 6 – Stream 2 video on YouTube!

Be sure to check out the official PAX Online 2020 schedule for more panels! Also, subscribe to Geek News Now and give it a like on Facebook!

Pokémon Unite: League, But With Pokémon