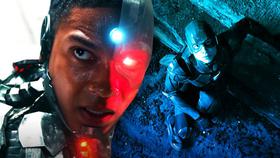 The drama between Justice League star Ray Fisher and the head of DC and Warner Bros. studios is playing out to be a bigger showdown than Batman vs. Superman. On May 20th 2020 it was announced to fans all over the world that we would be treated to the “Zach Snyder cut” of the Justice League. Then in July Fisher took to social media posting a video of him at ComicCon praising Joss Whedon saying “Zack picked a good person to come in and clean up and finish up for him.”  He captioned the video saying that he “forcefully” takes back the praise he had said during the panel.

He then followed it up with another tweet saying “Joss Whedon’s on-set treatment of the cast and crew of Justice League was gross, abusive, unprofessional, and completely unacceptable. He was enabled, in many ways, by Geoff Johns the DC chief creative officers and producer Jon Berg.”

The Warner Bros. statement says that Fisher has “failed to provide” any “specific and credible allegation of misconduct.” It also suggests that Fisher’s disagreements about the character development of Cyborg falls under “creative differences that are a normal part of the production process, and that a film’s writer/director ultimately has to be in charge of these matters.”

On August 12th Fisher fired again on Twitter saying that his career was in jeopardy based on a comment to him by Johns. “During the LA reshoots for Justice League, Geoff Johns summoned me to his office to belittle and admonish my (and my agent’s) attempts to take grievances up the proper chain of command. He then made a thinly veiled threat to my career. This behavior cannot continue.”

Then on August 20th he tweeted out a thank you to Warner Brothers for starting a third party independent investigation. He was sure that the investigation would shed some light on the situation and prove that “Geoff Johns, Joss Whedon, Jon Berg (and others) grossly abused their power.” Then less that two hours after that tweet Warner Bros. made an announcement that dropped a bomb. They announced that Ben Affleck would don the cape and cowl again as Batman in the new Flash movie.

The series of events seem to be a smoke screen to cover the investigation. Fisher claimed that news surrounding Ben Affleck returning as Batman in The Flash was used as another diversion tactic by Warner Bros. Fisher also stated that this news was originally planned to be revealed during DC FanDome, but was pushed forward to over suppress Fisher’s statements.

In September, Fisher tweeted and implied that the president of DC films, Walter Hamada, and asked him to lay off his criticism of Johns and focus only on Berg and Whedon. Fisher stated that “After speaking out about Justice League, I received a phone call from the President of DC Films wherein he attempted to throw Joss Whedon and Jon Berg under the bus in hopes that I would relent on Geoff Johns. I will not.”

Fisher isn’t alone in his struggle against DC and Warner Bros. His co-star Jason Momoa has stepped in and backed him up. Momoa took to twitter and posted “THIS S*** HAS TO STOP AND NEEDS TO BE LOOKED AT @ray8fisher AND EVERYONE ELSE WHO EXPERIENCED WHAT HAPPEN UNDER THE WATCH OF @wbpictures NEEDS PROPER INVESTIGATION I just think it’s f***** up that people released a fake Frosty announcement without my permission to try to distract from Ray Fisher speaking up about the s***** way we were treated on Justice League reshoots. Serious stuff went down. It needs to be investigated and people need to be held accountable. #IStandWithRayFisher. aloha j”

Reports of Momoa voicing Frosty the Snowman in an upcoming film began circulating on July 1, the same day Fisher went public with his claims, with producers Johns and Berg attached to the project. This of course was fake as said by Momoa. Even Fisher weighed in on it saying “If you still think Jason playing Frosty was EVER a real thing—please wake up! Hopefully now people see the depths that some are willing to go to hide the truth. To think they believed my brother would sellout the cast/crew of JL for a corncob pipe and a button nose…”

It does seem as though Warner Bros. and DC are not doing everything that need to. In this day and age the report of abuse in any situation need to be thoroughly examined and dsealt with. So what are your thoughts and opinions? Is Fisher in the right or is he just blowing smoke? Leave your thoughts in the comments and dont forget to visit out Facebook page and give us a like, or our website and read other articles by our cadre of talented writers or just check out our game play on Twitch.