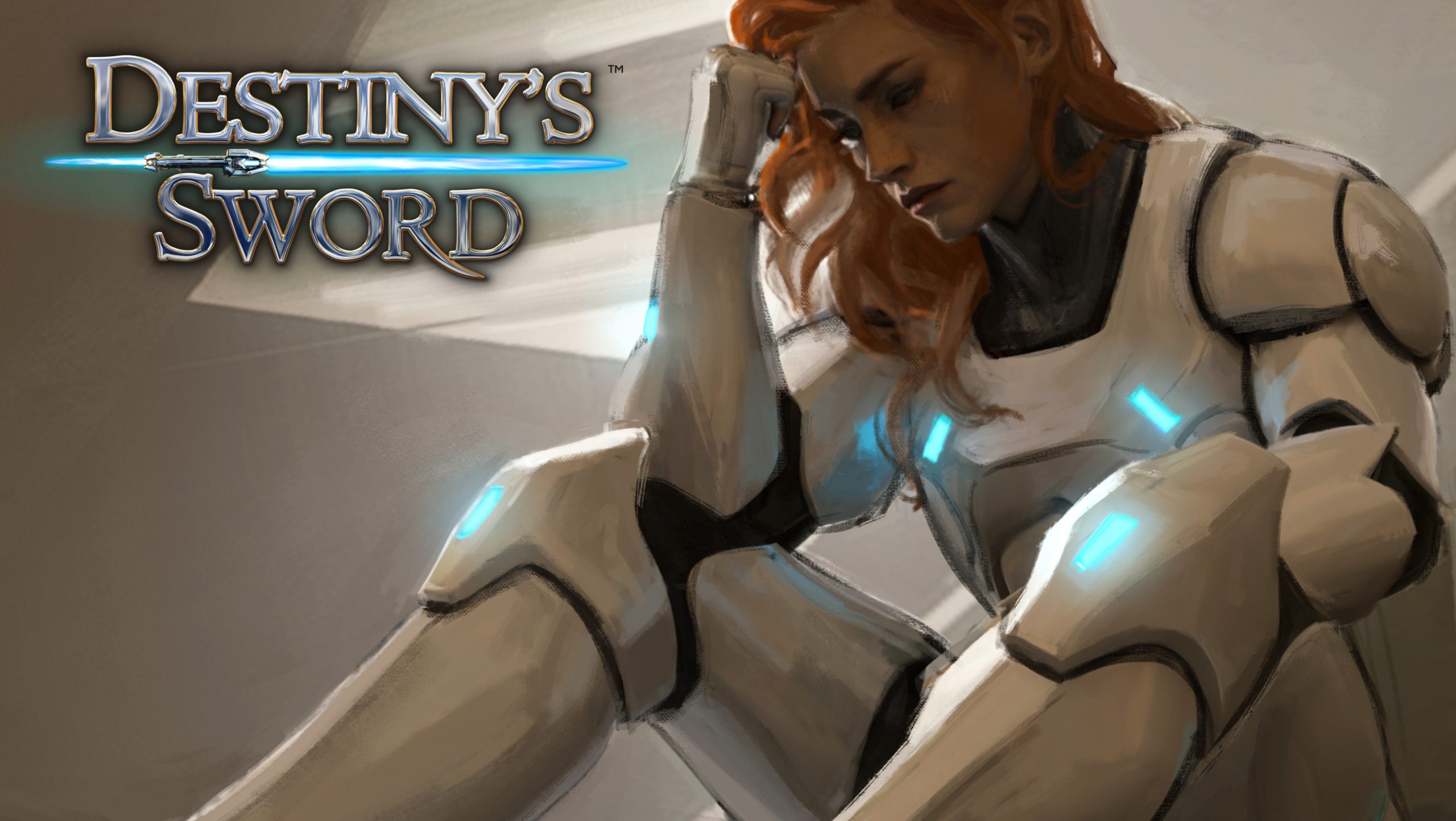 PAX Online is here and with it comes a trove of brand-new games to explore. Attendees can get their hands on demos and try these new games well before they are released to the public. This week, I take a look at an upcoming game from 2Dogs Games: Destiny’s Sword!

Destiny’s Sword is a strategy MMORPG with a focus on squads. You are the Commander and you command your team on the battlefield in an ongoing PvP faction war. This game features a unique social mechanic that allows you to manage not just the physical, but the mental well-being of your squad. Destiny’s Sword focuses on portraying mental health issues, something no other MMORPG has ever done.

As the Commander, you take control of a 4-person squad. Fill up your barracks with a diverse cast of soldiers from varying place. Gear them up with different weapons and armor sets. Then send them off into combat against other teams. Players can take on PvE missions in an episodic campaign. For a greater challenge, guild up and take on large machines like the Ravager Assault Mech!

The combat flagship, however, is the PvP faction war. Side with the Protectorate or the Securicorps, then duke it out in as many battles as you can manage. Commanders fight to keep control over three different locations, and each win grants you coveted resources. Use your resources to level up and buy Commander cards which can help turn the tide of battle.

Special missions are a co-op quest adventure mode in which players group up with their faction-mates to take on numerous missions. Escort, Assault, Capture and Defend – these and more await those who are looking for variety. Create your own story with your faction and bring you squad home in one piece!

Battles Are Won Off the Battlefield

Military combat is not everything in Destiny’s Sword. Soldiers get injured, mechs get damaged. This is the nature of war. As a Commander, it is your job to manage your troops and your resources.

Mag Williams, whom I’ve affectionately nicknamed “Mags”, was my go-to soldier throughout the demo. She was up front in every combat scenario. She also ended up in the infirmary a LOT. After combat, soldiers gain injuries and you need to take care of them ASAP. Use your soldiers with medical proficiency to care for your wounded and get them back into the fight.

You know what Mags probably needed? A mech!  Unfortunately, mechs were not available in the demo, but I can’t wait to use them! Much like the soldiers have an infirmary, mechs get the Repair Bay. Here you can repair and upgrade your mechs and other equipment. Give your soldiers the best shot possible on the battlefield and take home the victory!

Soldier taking a bit of R&R – courtesy of 2Dogs Games

A Game of Character

Mental health is a primary focus in Destiny’s Sword. In the barracks, Commanders can talk to their soldiers and get to know them. As you talk to them, your responses and questions will cause spikes or drops in certain mental attributes. For example, when confronted about an argument with another squad-mate, Mags became rather upset and her anger went up by 5 points!

H-hold on there! I was just trying to help!

As you talk with your team, you gain new topics in your knowledge inventory. Use this knowledge to talk to others, solve issues, and bring up morale. You can even view the relationships and see how well your soldiers are getting along with each other as well as with you.  The character sheet allows players to see everything about a character, right down to the personality and life history.

It is up to you to manage the mental and physical health of your team and experience over 80 different feelings in any combination imaginable. Every character has a unique story and personality, requiring their Commander to be empathetic and patient.

In the End, Everything Matters

Destiny’s Sword is a fantastic game and this review does it no justice. Beautiful artwork, emotional music (composed by Jake Butineau), a compelling backstory, and more are all wrapped into one glorious package. I rate this game a whopping

But don’t take my word for it! Go download the demo on Steam and try this must-play for yourself! Add it to your wishlist and you can create your own character to live on in the Destiny’s Sword legacy! After that, head on over to our Facebook and tell us what you think!