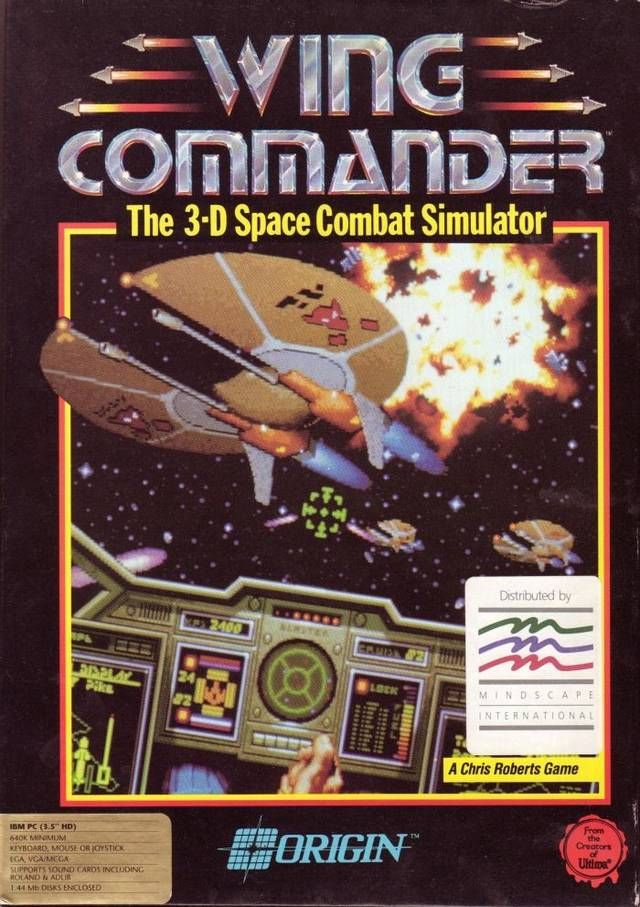 Every once in a blue moon, creativity, innovation and technology, coalesce into a perfect storm.  A storm that produces entertainment so unique, that it doesn’t just raise the bar, but creates and defines it’s own place in history.  Because of gaming’s inherent interactivity, the history of gaming is replete with titles that captured the heart, imagination and money of generations.  Timeless classics that use world-building and seamless immersion, to drag the player away from the humdrum of life and into a wholly realised hyper-reality.

The late 80’s saw the invasion of the Nintendo and Sega Genesis, or as it was called here in Australia, the Sega Mega Drive.  These 8 Bit systems were de riguer household entertainment items and not just for the kids. The NES quickly overtook the former staple system, the ATARI 2600, as the biggest selling home gaming system.

Not only did these systems have the endorphin popping graphics and sound, they were social creatures, bringing players together rather than isolating them.  Many a hot, humid Australian summer night was spent with my friends, playing tennis or golf on the NES, glued by sweat to the other stalwart of the late 80’s lounge room, the vinyl couch.

Then on September 26th, 1990.  A little game came out for PC, that took these new levels of graphics and sound, added a cinematic style interactive story, threw in a lot of highly imaginative detail and came up with a game that fulfilled all the requirements of an immediate classic.

(Trivia: The game was originally called Squadron, then Wing-leader, however due to the EMM386 memory manager throwing an error upon exiting the game, as a short term fix they hex edited the message to “Thank you for playing Wing Commander” and the name stuck.)

The 90’s was the decade of PC gaming’s coming of age.  The consoles owned the side scrolling platform games, the button bashing beat-em-ups and racing games.  The PC was a more cerebral affair, it lent itself to simulators and resource managers, top down combat and role playing games.  It was also riding the ever increasing wave of interest in the internet.

The PC was also where new game genre’s were being created seemingly overnight.  Wing Commander created and defined the Space flight Simulator, paving the way for classics such as X-wing and Tie Fighter.  Wolfenstein 3D blazed the trail of 3D shooters, blasting pixelated Nazis (always fun) was so popular it led to the all time classic DOOM, and numerous other titles such as QUAKE, Duke Nukem and Rise of the Triad.  Dune launched the top down real time strategy which was later dominated by the Command and Conquer series and Civilisation opened up a line of god games.

It was also a time where games drove hardware upgrades, and upgrades drove game sales.  It was a vicious cycle that probably led to a few divorces as the committed gamer took to pimping his computer like a petrol-head would a classic car.  Wing Commander was an almost iconic example of this.  Each generation of the game shamelessly exploited hardware advances to the point where you either spent all your time manipulating Config.sys and Autoexec.bat files to scrape every bit of Ram you could, or you gave up and started fresh with the next generation of system.

Wing Commander was unique in that it combined the basic game, with a reasonably compelling war in space story, told through action and interaction.  Its success lay in an acute level of detail.  Displayed not only in (for the day) stunning cut scenes or conversations with your fellow pilots, but by displaying everything including menu functions within the universe context, so that you never really had to break the suspension of disbelief.  You had mission briefings, scramble sequences and even the autopilot function that launched you from way-point to way-point kept you completely immersed.

It kept things interesting because rather than purely linear advancement where one level must be finished to advance, you could fail the mission or be forced to eject.  How you performed in the game actually affected the game itself, if you won convincingly you advanced, maybe even get a medal.  If you failed, you found yourself on a more defensive series of missions and pushed back into retreat, you might have even killed your wing-man.  You were in fact expected to lose the odd mission to truly explore the scope of the game.

Wing Commander also cost five times more to make than any other game had,  but this actually worked in it’s favour.  Other game producers had the gauntlet laid down for them, they either had to spend up big to match Origins masterpiece or make their product inferior but more cost effective.  A classic risk vs reward strategy that effectively protected the games apex position in it’s early years.

The story-line is fairly simple, you are a Terran pilot who joins the Tigers Claw, a Bengal class Strike Carrier.  You are on the front line of a war with the Kilrathi, who are essentially large humanoid cats, with a warrior code and attitude not dissimilar to the Klingons of Star Trek.

The missions were varied and consisted of patrols, recon and capital ship attacks or escort duties.  The game-play suffered a little in that the screen was cluttered, with your cockpit taking up much of the screen, it could be difficult to maintain situational awareness.  The effect of 3-D ships was achieved by using two dimensional sprites at different angles and scaling them to give an impression of distance.  This meant the closer (or larger) the ships were, the less detailed the image, which led to a lot of unintended ramming.  Conflating this issue was a major lag problem when several enemy were visible, making control of the craft difficult.

The AI was controlled by giving the enemy craft tables of responses to various situation’s and randomizing the response selection.  Ace pilots had more specific instruction tables to rank and file pilots.  The end result of which gave the game variety, but at the same time a sensible consistency.  The enemy would do things differently, but not resort to the insane or stupid.

It’s difficult to appreciate after thirty years of progress, just how groundbreaking the visuals of this game were at the time.  The ORIGINFX sound and graphics system, made Wing Commander a must have game for 386 owners to show off their systems capabilities.

It was also ported to the Amiga, super NES and Sega CD.  A version called Super Wing Commander found it’s way to the 3DO and later ported to the Macintosh.

Wing Commanders spiritual home was always the PC though, with so many options available it became a requirement to memorise all the keyboard commands, and the game was best played with a flight controller joystick.

Wing commander 2 took everything about Wing commander 1 and made it slightly better.  It assumed for canon that you had won the first game and trimmed the mission branches to maintain more consistency in the overall story-line.  The biggest addition for the sequel was the use of real voices rather than subtitles, driving the sales of sound-cards.  This added a much more dramatic, immersive element to the story and the game-play.  Not only were the cut scenes improved, but your wing-men could talk to you, and apparently in space, you can hear a Kilrathi scream.

There were improvements in graphics, design and game mechanics, although it was essentially still the same engine, it had been tuned beautifully.  The cockpit was reshaped to give more of a view of the battle and screens would start to break up as you took damage.  Gone were the lags and annoying bugs that led you to crash into capital ships, the battles flowing faster and more intensely, with the music score reacting organically to the situation.

Wing Commander 3- Heart of the Tiger was released December 8th, 1994 and true to it’s pedigree it embraced a new generation of technology and took innovation to a whole other level.  The game came out really intended for the new pentium system and embraced new technology like SVGA graphics, CDROM and digital souncards.

The game was the first to combine a truly interactive story not only by adding live action cut scenes, but big name Hollywood stars (and a big Hollywood budget.) in an effort to create the first player controlled movie.

It is virtually impossible to understate the impact of having Luke Skywalker himself as the players avatar in the game, this was as close as you get to the real thing in gaming.  Mark, of course owns the role and the natural intimacy between him and the audience is like hanging out with an old friend.

True 3D game-play was introduced as the sprites were abandoned for texture mapped polygonal objects.  True 3D gave the game a whole new breath of life, although 3D accelerator cards were a while off and the CPU mapped ships were still a little blocky.

Not only were events in the game-play mode able to affect outcomes, but so were various responses in the cut scene conversations which could also affect relationships and morale.  This was applied in new selection abilities such as the ability to choose your wing-mate or modify your weapon load-out.

Wing Commander released a fifth and sixth sequel which were solid releases and received well, but were really minor improvements on an already peaked title.  It also spawned the highly successful Privateer series which set the player as a mercenary able to work for upgrades which opened up the Wing Commander universe for exploration.

It also inspired a pretty bad movie in 1999.

When looked at as a whole though, the Wing Commander series is an unqualified success story.  Not only through the numerous sequels, spin-offs, ports, industry awards and sales.   But also because it’s DNA ran deep through other later titles, like the legendary X wing and TIE fighter games even through to today’s Battlefront.  It’s legacy of story driven action is a huge part of modern gaming and it’s contribution should never be forgotten.

Ralph Waldo Emerson once wrote; “Life is a journey, not a destination.”  Those of us old enough to remember that journey from the start, from the green phosphor screen days of early computing, through the Space Invaders and Mario Brothers titles, culminating in today where most people carry more gaming power in their pocket than used to take up a whole room.  The 90’s were heady days on that road trip of gaming life and Wing Commander was a favourite pit stop where many a good time was had.  To appreciate what we have today, it’s important to remember where we have been.

Thirty years is a long time in the gaming industry, but happy birthday Wing Commander and for those interested it can still be played today on Origins Play Pro.

Where were you during the Kilrathi war, how many flight hours did you rack up in a Raptor? Subscribe to our page for more gaming nostalgia and reviews.  Tell us about your favourite Wing Commander moments in the comments.