Throne of Glass and Reviews 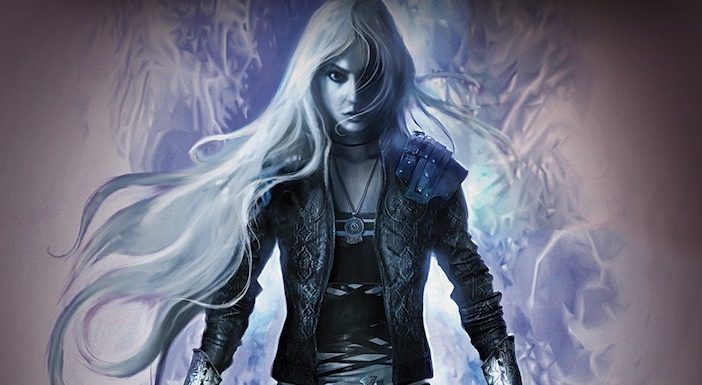 After I poured my heart and soul into the A Court of Thorns and Roses trilogy by Sarah J. Maas, I turned to her next best-selling series titled Throne of Glass.

Now, since I haven’t read all the books, I will be reviewing the first book and the novellas that come before it in the prequel, Assassin’s Blade. Warning—there are massive spoilers ahead for Assassin’s Blade.

Once I started reading the book, the only main complaint I had was about the covers. The main character, Celaena is a beautiful, young, golden blonde woman who is the greatest assassin in her country. The covers show her being sickly pale and her hair being snow white. Her hair is described as blonde, golden blonde, not white. Not only does she never take an apple from a stranger, she isn’t that pale and she wouldn’t be for her job. If she is constantly working, training, moving about, then her skin wouldn’t be sickly that pale, especially after she serves a year as a slave in a salt mine.

This is why I wished authors had more say on their covers.

The story itself is wonderful. To be honest, though, I enjoyed the novellas of Assassin’s Blade more than the first Throne of Glass book. The novels were quick, full of action and romance and many characters that I hope will come back later in the series.

And Sam Cortland. Sam Freakin’ Cortland. I knew something was off when I read him. I knew something was going to happen, and when he finally insisted that he go to kill someone alone, when he didn’t come home, I knew he had failed. He had given up his life to save Celaena. He went after the worst person in the city, to finally get that money, to finally be able to move, to be free with Celaena, and he decided to go alone. Instead of killing anyone, he was tortured to death, while his oblivious lover paced their home.

I called my friend sobbing, even though I knew he was going to die as soon as he said he was going alone. I’ve seen so many things about Sam being there for Celaena as the books go on, as she sobs in the darkness, alone, when she plays the piano only thinking of him, when she can’t think or sleep because he’s not there to hold her anymore.

And even though there is Prince Dorian and Captain of the Guard that are her new love interests in Throne of Glass, I miss Sam. I don’t care how much money and power these new interests have. I miss Sam.

Throne of Glass wasn’t as fast paced, at least to me. There are a lot of training scenes, talking scenes and reading scenes. There isn’t as much action and the romance doesn’t really ignite until about half-way through. It’s still a good series so far. Magic is right at Celaena’s fingertips, even though it’s forbidden and the poison that should have killed her gave her the ability to see into other realms.

I love how strong Calaena is, but the one quality that blows my mind is how blind she is to flirting. Now, I will admit that I don’t pick up signs very well either, but she’s just…blind. Let me give you an example—The prince gave her a puppy for their equivalent of Christmas, a puppy, and she still didn’t pick up that he liked her. The Captain of the Guard came to see her late at night to give her a ring and she didn’t realize it was because he liked her.

I may not be great at signs, but I’m definitely not that blind.

Also, turning back to Assassin’s Blade, Celaena is caught after trying to kill the man that tortured Sam to death. The only way she would have been caught would be if she was betrayed, and she knew that. She couldn’t figure it out, even after a year forced into slavery, she couldn’t figure it out. Even before the author cut to the chapter revealing that fact to the readers, I had already figured it out.

Maybe she was so filled with grief that her mind was soup. I have no idea. I just know that if I was in her position, I would have figured it out.

Celaena may be a smart, stubborn, quick-witted assassin who could kill me without me realizing what’s happening, but she can’t pick up romantic cues from anyone.

Now, at the end of Throne of Glass, free from the chains of slavery, she’s the King’s Champion, someone who protects the king and kills whoever he wishes. I can’t wait to see what adventure Celaena has in store and what lover she will fall to, after she broke ties with the prince.

Crown of Midnight, here I come.

Make sure to check out the GNN Facebook page for more geeky news!