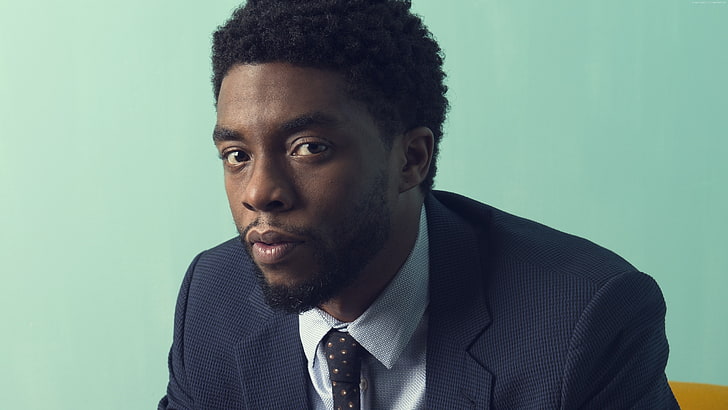 “When it comes down to it, I’d rather have an action figure than a Golden Globe.”

Chadwick Boseman, star of the billion dollar grossing movie “Black Panther” died yesterday of cancer at the shockingly young age of 43. He had suffered from the disease since 2016, often undergoing chemo treatments and undergoing surgeries in-between filming various movies.

A South Carolina native, Boseman graduated in 2000 from Howard University. While there, he also attended the British American Drama Academy at Oxford in 1998. Boseman’s breakout performance came in 2013 when he played Jackie Robinson in the film “42.” Boseman’s passing was announced the day Major League Baseball honored Jackie Robinson Day, an annual commemoration delayed by several months due to the pandemic.

He also portrayed James Brown in the 2014 film “Get On Up” before making his Marvel Cinematic Universe debut in “Captain America: Civil War” in 2016 and then getting his own MCU film in the record-breaking “Black Panther” film.

Tributes poured in overnight as the news shocked many people.

“As Black Panther, he was also a superhero to many.” —Martin Luther King III.

“For showing us how to ‘Say it Loud!’ For (showing) us how to walk as a King, without losing the common touch. For showing us just how powerful we are.” –NAACP statement.

“My friend and fellow Bison Chadwick Boseman was brilliant, kind, learned, and humble. He left too early but his life made a difference.” –Kamala Harris.

“Brother, you were one of the all time greats and your greatness was only beginning. Lord love ya. Rest in power, King.” –Mark Ruffalo.

“You leave behind an incredible body of work and an inspiring legacy. Rest in power. Chadwick Forever!” –Mariah Carey

“He was such a bright light, such a gifted performer. He brought grace, elegance and power to everything he did. He always seemed to carry our ancestors with him. And now he joins them far too soon.” –John Legend

It is an absolute shame that this inexhaustible talent and wonderful human being would be taken from this world at such a young age. The world will keep on spinning, but perhaps a little dimmer without his light to shine upon us.

Feel free to leave a comment here or on our Facebook page expressing your regret and fond memories of Chadwick Boseman.