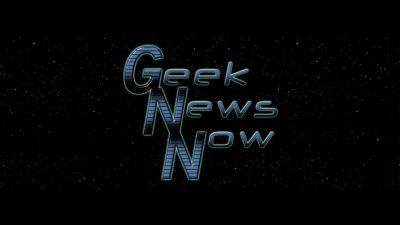 Ahoy geeks, Jimmie here! Hope everyone is enjoying the last bits of summer before the baby geeks head back to school, either virtually or in the classroom!

A little while back I had the awesome chance to do 20 questions with GNN’s John Biscardi, host of The Geek and I podcast , had a great time learning what makes this geek tick! It was great talking to a fellow radio geek (there is more to that story on my end from my time int he biz.). I am not one to waste time, so lets jump right on in, shall we!

I have a guest scheduled to come on and talk about all the summer movies that had to be canceled this year. Changes to release dates, changes to the films themselves and what the end of the year, if the theaters open by then, could look like in the box office.  We also plan on a deep dive into the Snyder Cut of ‘Justice League’ coming to HBO Max.

I love to cook, above anything, but I’m “geeky” about a lot of things.  It’s as random and the “Suggested” section on my YouTube stream. One day I’m watching how to cook Sous Vide Steak and Hamburgers, next I’m geeking over the newest microphone, the next, I’m watching some dude make a survival kit from an empty coffee can and a handful of balloons. (lol)

Well, that kind of happened. A long time ago I was studying to work in the radio broadcasting industry. I was a college intern at WRCN in Riverhead Long Island. The program director and morning host called me on my day off and asked if I wanted to fill in for the news director, who was going on vacation after election season ended that year. I was so shocked I actually said, “No, I don’t think I’m ready.” After I hung up, it took me about 30 seconds to say to myself, “What are you doing?” When I called right back, the PD said, “I didn’t even move. I knew you’d call back.”

I am a soundtrack/score collector. I love the music from the movies. I have a huge collection of CD scores as well as all the vinyl LPs I bought as a kid. I’m currently moving and found a turntable, so I’ll probably be listening to the old school scores as I buildout the new studio.

I would like to get the Marvel Legends: Iron Man helmet.

Most definitely, the movie would be “Indiana Jones and the Last Crusade”. I was a 4 pack of screening passes to see that in Manhattan at the Lowes Astor Plaza. I went with my dad and a few friends on the train from Long Island. My dad was a big Indiana Jones fan and still remember his reaction during the movie. Other than going to watch the Mets play at Shea Stadium, this is one of the greatest moments my father and I had together.

Truthfully, I don’t think there is. I think, back in the day, lining up was because movie releases, especially the “blockbuster” type, were spread out. I remember one schedule we had, had the new Schwarzenegger movie, a month later, the Stallone movie, a few weeks after that, a Mel Gibson movie and they showed on maybe three screens. Now a big release, because they are digital and show in an entire theater, and big movies can be released three or four on the same day. That said, I’d probably line up for “Black Widow”.

That is true. I am an early investor in Legion M. I do have a few connections. If I had to put it in X-Files terms, I’d have to say I the guy that get the smoking man his matches.

Don’t get me started on “Heroes”. I loved season one. Then lost interest during season 2. I don’t think m need for “Heroes”.

Well, it was pretty rough. Not from the actual Covid, but the side effects and the lingering effects. After I tested clear, I had a reaction to the virus where my spleen started “eating” my blood platelets. I spent a week in the hospital recovering. I still haven’t been released to go to back my 9 to 5. The worst part is my voice. I go completely hoarse everyday around 3:30pm like clockwork and can only muster a whisper until the following morning. It’s really frustrating.

“With great power, comes great responsibility.” Look, I believe this thing can be pretty rough on a certain portion of the population. My view is that if you feel the need to, stay home and if you want to wear a mask, but remember, if you choose not to wear a mask, there could be ramifications. If a business doesn’t want anyone without masks in the building its their right to deny you service, and it’s your right to shop somewhere else.

I would truly enjoy going to San Diego Comic Con. I can almost guarantee, when the next one comes around, Legion M will have a kick ass showing and I’m looking forward to seeing my friends again.

I’ll go with the experience portion of the question. In 1995 I attended a “Star Trek” convention in Manhattan. Walking around that con was one of the most surreal experience ever. I dressed as a Klingon. I don’t think it was call cosplay back then. The best part, I walked around that con with my beautiful, future wife, who even after riding the subway with a Klingon, has stayed with me for 26 years.

A few years back in Austin, I attended Fantastic Fest. I had breakfast at a local eatery with the legend Leonard Maltin and his amazing daughter, Jessie Maltin. I’ll never forget the movie insights Mr. Maltin spread across that table that morning.

I don’t really game too much. If I do, it’s usually MLB The Show. I’ll play that with my boys. One is in Guam in the Navy, so that one is kind of tough getting our schedule lined up. My other son is a Marine in California, so that’s a bit easier to get a game going.

Yes, “Metal Storm” on the Vectrex system. That was the first system I ever got. I loved it. I’m hoping to get it repaired and on display in the new studio.

Sunflower seeds. It’s like being at the ballpark while I play MLB The Show.

I believe it’s because it looks like ‘Star Wars”. Dirty, used, lived in. The story has a heart, it stops the action to tell the story. The cinematography is amazing and no lens flares.

John is such an awesome dude, and glad I had the opportunity to squeeze his noggin’ for a bit with my little Q & A! Who do you think I should sit down with next!? Let me know in the comments below!