Woah There, Speedy! Cast And Crew of "The Flash" Discuss The Movie! 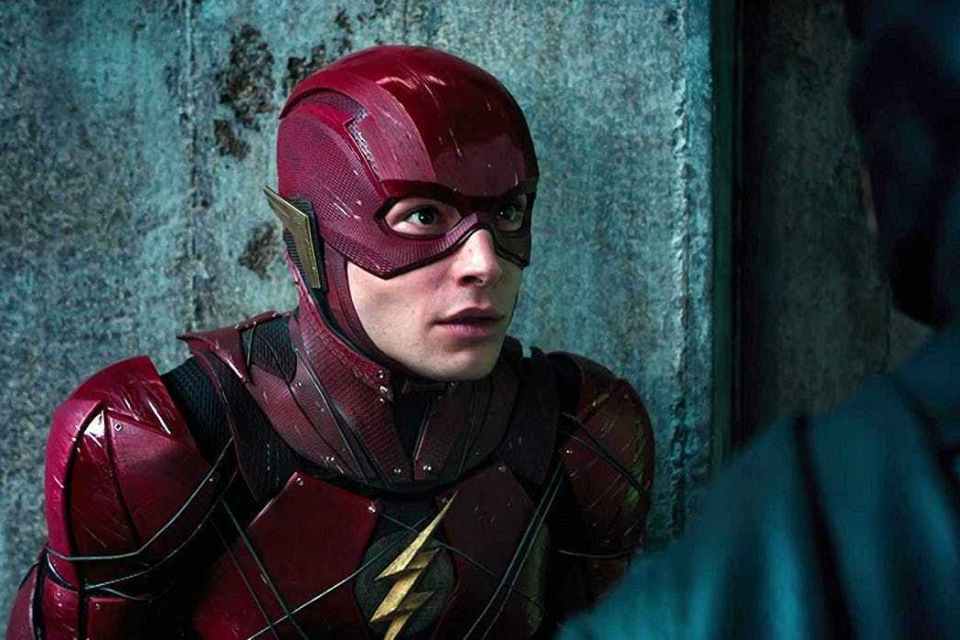 The Flash raced into our screens at the 2020 DC Fandome! Star Ezra Miller, director Andy Muschietti, writer Christina Hodson, and producer Barbara Muschietti assembled to talk about their new movie: The Flash (2022)! The panel was very brief at about 10 minutes, so like the scarlet speedster himself they wasted no time.

“Telling the story of one of the greatest superheroes of the DC world is a challenge.” said Andy. “The most important thing is that it gets to your heart!”

So it’s going to be a time-travel story with heart to it! Okay, I dig that…

Where characters like Batman and Superman have lost something precious to them in their histories but were bound by the ever-living present and unable to do anything about this, Barry Allen/The Flash has the ability to go back and manipulate time via the Speed Force and, as stated by Hodson, “he’s the only one who can actually go and change his own personal story.”

Teaser concept art of Batman and The Flash banding together to fight an unseen enemy! Picture credit to batman-news.com

“His mother was murdered, his father was framed and incarcerated, and all his journey from then was of a man trying to make things right.” said Andy; he later went on to say “He’s someone who has the power of changing the events of the past; but by doing so, can deteriorate the very fabric of the space-time continuum.”

“The juxtaposition between his vulnerability and his immense power is really what’s exciting about superheroes to me.” said Miller.

Popular story arc “Flashpoint” serves as the basis for this movie. In “Flashpoint”, The Flash uses his speed to travel back in time and undo a wrong — the murder of his mother — which results in chaos when he returns to the new present day and finds the world in serious trouble! A world in which the Justice League not only never banded together, but some members are now at war with each other or imprisoned or, in Batman’s case, long-since dead and replaced by a new vengeful force.

“Flashpoint” is definitely not a boring story; one of my favorites which comprises what I call the world-changing “Crisis Saga” in which every few decades something big happens in the DC universe and rewrites the world of our favorite heroes. Where most of these stories involve some huge battle between heroes and villains, “Flashpoint” stands alone as this epic story of how one person can change the entire course of events.

Expect the return of the good-natured speedster we met in Justice League (2017)! Hodson went on to say of Barry and Miller: “Barry as a character, and especially the way Ezra plays him, he’s a guy with so much heart, so much humor. Spending time with Ezra is kind of like spending time with Barry Allen.”

Miller commented on the possibilities which the movie will present to the DC universe. “This film is immensely important because if you look around at the DC universe obviously we have all of these characters that exist within their own bubbles. We even have now multiple iterations of the same story. This movie, by opening that door that ‘Flashpoint’ did in the comics, all of these stories and characters can start to collide!”

Fans watching the panel were treated to a surprise: visual previews of concept art for The Flash’s new suit in the movie! I honestly dig this teased new look more so than that of the suite we saw in Justice League; the previous suit looked so thrown-together and half-finished. This new suit is also designed in the new movie by Barry’s fellow crime-fighting friend Bruce Wayne/Batman!

As the panel concluded, panelists discussed briefly how they’d enjoy seeing interesting new crossovers made possible by the DC Multiverse. Well, the “Flashpoint” story certainly plays its part in creating a literally new world of possibilities; so we’ll just have to wait and see what the new Flash movie turns out in its slated June 2022 release!

Hawai’i seems like a pretty chill place where you can relax, and take in some amazing scenery. Not unless you are “The Flash” movie...

Shazam! What We Know Of The “Black Adam” Movie So Far!

Dwayne “The Rock” Johnson as DC’s former villain and lately antihero Black Adam… Fans are waiting for this to happen; and waiting still for...