Old But Gold: Why We Need An Old Republic Series 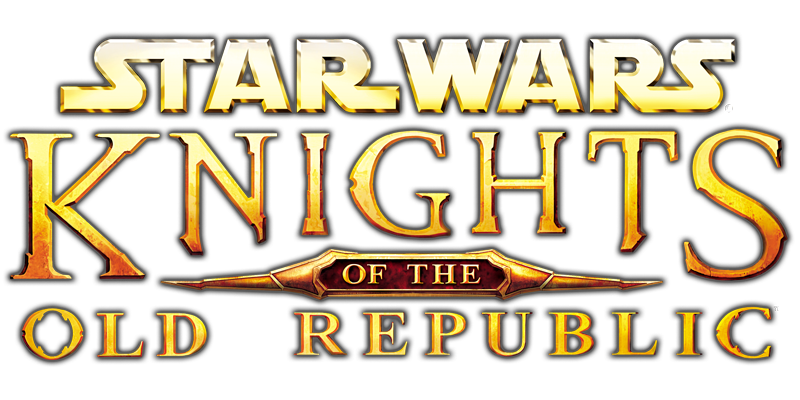 Could the era of The Old Republic spark a flame into the Star Wars fan base? Imagine an animated series that’s darker, more mature, and something the fans have been craving for years. It’s time for Disney to take the plunge and fully explore the Expanded Universe (EU); starting with Knights of The Old Republic (KOTOR).  Fantasy heavyweights like Game of Thrones and The Lord of The Rings are producing prequel series that take place hundreds or thousands of years before the main storylines we’ve grown to love. So there’s definitely a genre-wide appetite for the older tales that set the stage for our favorite stories.

The Old Republic isn’t canon, but it’s part of the enormous EU that’s filled with fan favorite content.  Thrawn was brought back in the Star Wars: Rebels series  and new books, was a fan favorite in the EU and Revan was just recently made canon again in The Rise of Skywalker Visual Dictionary, so it would be only logical to go even deeper into the EU.

Unless you’ve been slowly digesting in a Sarlacc pit for the last 17 years, fans have been begging for a series that takes place about four thousand years before The Phantom Menace. The popularity of this era is solely due to the critically acclaimed video game in 2003, Star Wars: The Knights of The Old Republic (KOTOR), which won numerous awards, including Game Developers Choice Award for game of the year and the BAFTA Award for Xbox game of the year.

As of 2007, KOTOR had sold 3.2 million units and was quickly followed up with KOTOR II: The Sith Lords in 2004 and launched The Old Republic (SWTOR) in 2011.   Even though the games are several years old, millions of new and old gamers are still playing it today. The immense popularity of these games lead to book and comic series that are considered “must reads” for any Star Wars fan.

There are so many pivotal points in this era that can be explored in a TV series.  The Jedi Civil War, The fall of Revan, the first Jedi purge, and the Rule of Two are just a few of the bigger events that happened during this time period. And lets not forget the incredible characters in this era: Revan, Nihilas, Malak, Meetra Surik, Bastila Shan, HK-47, Malgus, Bane and Exar Kun!

An animated series based on The Old Republic era with its abundance of content and characters could be a gold mine for not only for Disney, but also the fans; especially if LucasFilm approaches it with the passion and respect that they have masterfully done with The Mandalorian.

The love and fascination that the fans have for this time period at one point got them to start a petition in 2016 for a live-action series between Disney and Netflix and collected over 232 thousand signatures! Although nothing happened at that time, Disney may have taken notice. When Kathleen Kennedy was asked about KOTOR in an interview with MTV News at the 2019 Star Wars Celebration, Kathleen Kennedy replied “ You know, we talk about it all the time and yes, we are developing something to look at.”  She didn’t exactly specify whether it was a movie or TV series, but I seriously hope it’s the latter.

Much like the beloved animated series The Clone Wars, an animated series that covers the era of KOTOR would have the opportunity to really explore the vast content and to take the time to develop the characters, which can be difficult to pull off in a movie. I know the majority of the fans are clamoring for a live-action series, and yes, that would be cool as hell.

But with Disney/LucasFilm only producing eight live-action episodes at a time, we might be able to get more out of an animated series.  Probably not the 20+ episodes that we use to get in The Clone Wars, but maybe they could squeeze in at least 15. Plus, this would give LucasFilm the perfect opportunity to step out of the box and do something totally original

It’s past time that Disney delves into the vastness of the EU and give the fans what they want and deserve; a dark, sinister and mature animated series that focuses on the era of The Old Republic!  Let me know if you agree or disagree in the comments below.  Follow us on Facebook and Twitter!

In this article:Disney Plus, Knights of the Old Republic, KOTOR, Star Wars, SWTOR