Classic Gamers! Take A Superb Look Back At The Glory of The Super Nintendo! 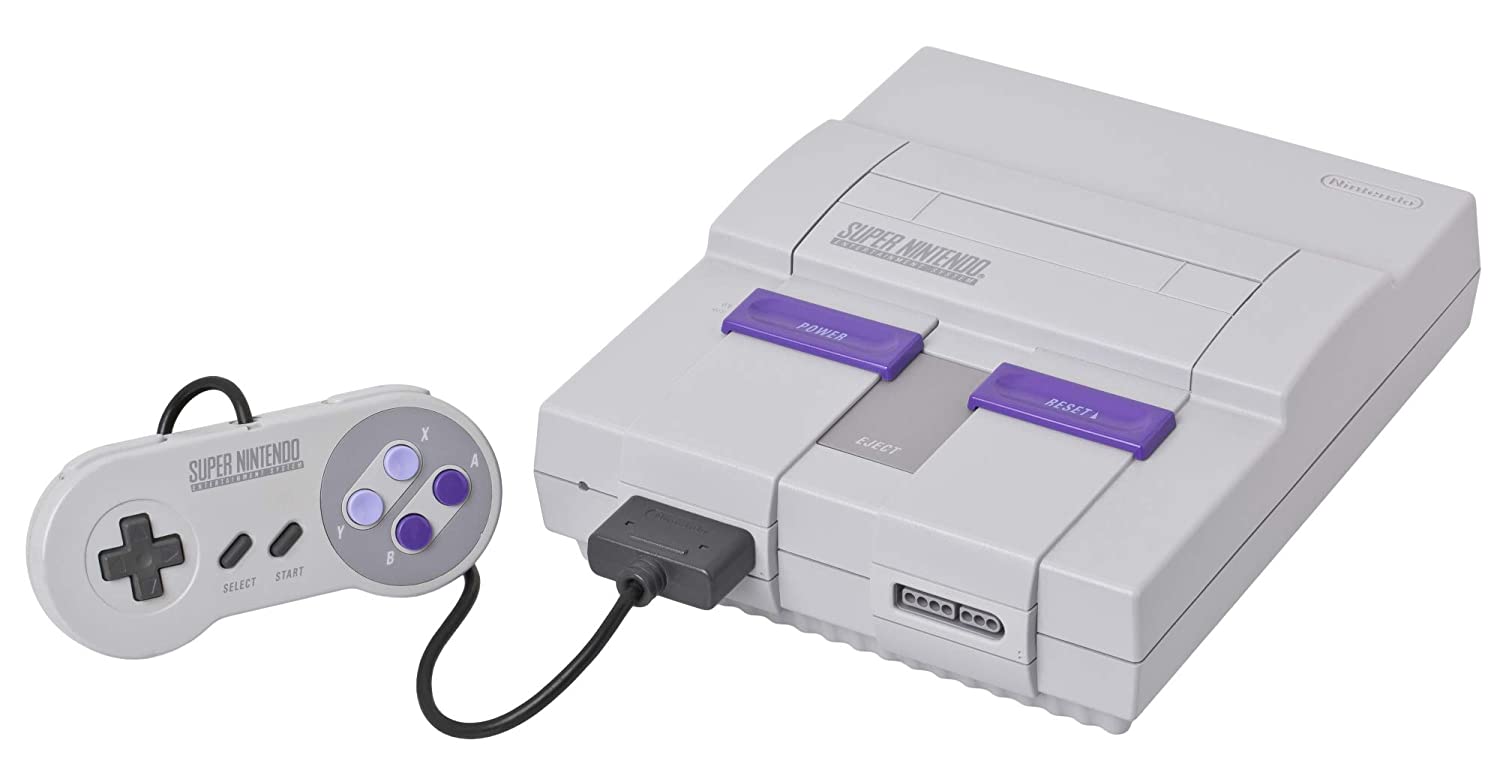 Super Nintendo Entertainment System (SNES)… An epic console I loved to play during my childhood in the early-to-mid 90’s. Let’s step back into the Wayback Machine to a time of grunge, Capri leggings, Nirvana, and the elevation of gaming to a whopping 16-bits when the SNES was born!

Released on August 19, 1991 the SNES dazzled gamers with 16-bit graphics and stereo sound; both improvements over the NES’ 8-bit quality. Many popular titles graced the TV screens: games like Super Mario World (which introduced Yoshi to the Mario mythos), Super Metroid, Super Castlevania IV, and The Legend of Zelda: A Link to the Past.

Even with a nostalgic fondness, you undoubtedly see the sore thumb sticking out: they sure loved to call each game “Super” this and “Super” that; like we didn’t understand this was the “Super” Nintendo!

The Super Nintendo in all its glory! It came with a copy of “Super Mario World”. Picture credit to YouTube and Classic Gaming Quarterly

But hey, why let that get in the way of a super good time? I still remember adventuring with Mario and Yoshi to save the Princess and the baby Yoshi eggs from Bowser (and the Koopa kids) while navigating into hidden locations like Star Road.

I had my personal favorite SNES games. First was “Super Mario All-Stars” which was an updated collection of classic NES Mario games *plus* a game called “Super Mario: The Lost Levels” which, for all trivia enthusiasts out there, is what was the original version of “Super Mario Bros. 2”! Next was “Aladdin” which I rented and played often in the mid-to-late 90’s for its magical visuals and delightful soundtrack; but I remember many an annoyed grunt during the escape from the Cave of Wonders level which was almost *impossible* to navigate without hitting a wall of rocks as I steered the magic carpet.

“Spider-Man and Venom: Maximum Carnage” and “The Death and Return of Superman” both looked like fun but had their repetitive, almost boring game-play; though I shouldn’t expect more out of average beat-’em-up side-scroller games.

“Batman Forever” is the game which utterly drove me into many a gamer rage every time I played! It made no sense control-wise and two-player mode made the controls even more daffy and impossible to co-ordinate! I never made it past the first few levels of play; it was so hard to find where to enter and exit stages of each level and the enemies didn’t always receive the attacks even, it seemed to me, when I’d be right beside them.

The Super Scope accessory for the Super Nintendo! Complete with gun, eye-scope, and receiver. Picture credit to fullyretro.com

The system had some cool accessories: the wireless Super Scope gun for shooting action games (which I often pretended was a sci-fi blaster), the SNES Mouse needed for drawing in the “Mario Paint” game, and the Super Game Boy cartridge adapter which made Game Boy games playable on this console.

“Genesis does what Nintendon’t”… I remember the sassy catchphrase Sega used to blast the SNES and hoist on high its own console; it was a battle-cry which contributed to a console rivalry for the 16-bit market. Both systems’ respective companies fought for considerable attention and, of course, money from the world of video gamers; SNES cost nearly $200 (about $387 by today’s inflation) while Genesis cost almost $150 (almost $290 by today). Here’s what exactly the Genesis *do* that Nintendon’t: blast-processing! Meaning it was a faster system; that said, SNES outdid the Genesis in resolution (512 pixels x 448 pixels vs Genesis’ 320 x 224), and had more memorable games.

Ultimately, the SNES emerged victorious in this console war. Then in 1996, the Nintendo 64 — so named because it ran with an improved 64-bit quality — arrived and focus went into it while the SNES was eventually discontinued by 1999.

Though gone from the mainstream, SNES is still remembered as one of the great consoles; so much so that in 2017 a mini version of the system called the Super Nintendo Entertainment System Classic Edition was released in stores. The console replica contained 20 classic games plus the previously unreleased “Starfox 2” and players could relive their classic games and newcomers could experience them for the first time.

Through good games and bad, I know I play when I can with my own games and it’s still fun. If you have the means, take a trip into nostalgia or visit for the first time in playing the Super Nintendo!