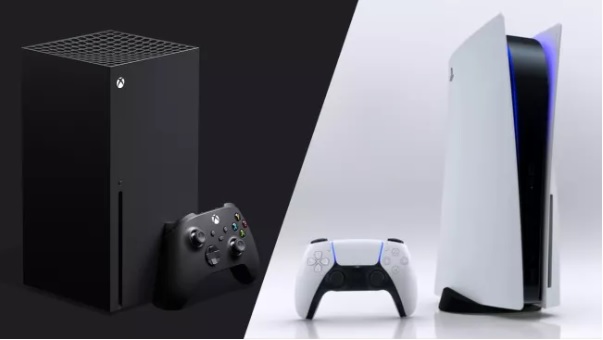 PlayStation vs Xbox. Since 2001, gamers have witnessed the unfolding of the console wars. Now, here in 2020 we find ourselves at the cusp of a new era. PlayStation and Xbox have revealed their newest consoles, and we can be sure that these aren’t even their final forms. We asked fans which console they would be buying, and the results are shocking!

Over 1700 votes were tallied and 61% are siding with the PS5. Honestly, this does not surprise me one bit. The current generation of consoles has revealed that PlayStation is a much more popular console. Since 2013, nearly 110 million PS4s were sold, dwarfing the nearly 50 million Xbox Ones sold in the same amount of time.  That’s more than double! Furthermore, Nintendo Switch has sold over 60 million units since it debuted in 2017. This means that Xbox hasn’t even been able to contend with Nintendo.

Xbox Series X boasts better specs than the PS5, but that doesn’t seem to be enough to appease gamers. PS5 is known for its excellent selection of exclusive games. Titles such as Marvel’s Spider-Man, Horizon Zero Dawn, God of War, and The Last of Us have pushed PlayStation to the top of must-have household items. PlayStation gamers can now look forward to titles like Demon’s Souls, Godfall, and Horizon Forbidden West with the PS5. Xbox offers titles such as Halo and Fable, but it just hasn’t been able to keep up.

While the votes speak for themselves, the comments on the poll showed a nearly even division:

“Definitely the series x, I love the Xbox controller and system and have since the original. I absolutely despise the PlayStation controller and UI and I can’t imagine it growing on me in anyway.” – Bryan James Manzey

“Most probably PS5 for now. And most probably getting the inevitable Horizon Forbidden West bundle when it arrives.” – Benny Ong

“Why not both!” – Jon Vandermeer

Only time will tell who will win in the rising generation. For now, though, the results are loud and clear. PS5 is the victor!

Is that PC – Master Race I hear laughing in the distance? Why do I hear boss music?

Want to jump in on the conversation? Follow us on Facebook and Twitter and let your voice be heard! Come for the polls, stay for the news!

As always, stay geeky my friends!