A Court of Roses and Ratings 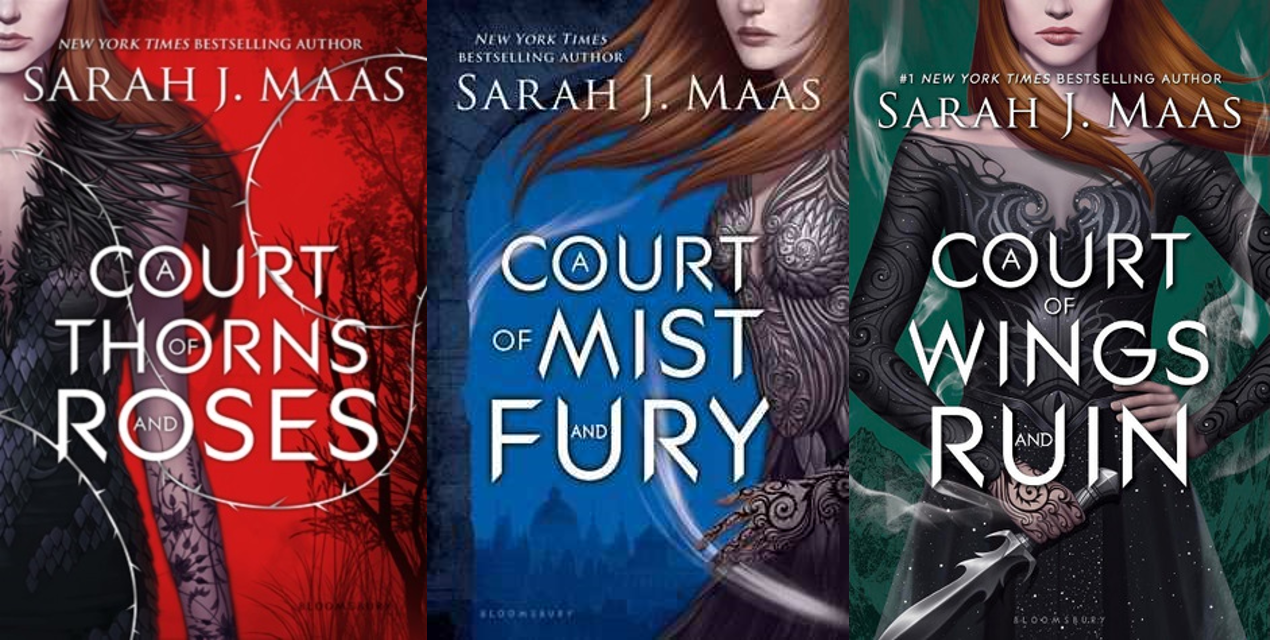 Book geeks, you better listen up and take my freaking warning when I say that Sarah J. Maas has ripped my soul in half.

Her best-selling book, A Court of Thorns and Roses wasn’t what I expected it to be…though, to be honest, I read the book with no context of what it was about. The only reason I borrowed it from an online library was because my friend threatened my life if I didn’t read it. She was lonely and wanted another book geek to talk about it with her.

I’m mostly sure she wasn’t serious about the threat, but why take chances?

I had no idea what I was getting myself into, but now, not even two weeks later, I have spent $40 on A Court of Thorns and Roses sweatshirt in the middle of the Texas summer because I loved the trilogy so much. I read 448 pages in two days, only starting because my friend texted me and threatened my life again. With work, writing and life, I read the entire trilogy in only a couple of days.

I may or may not have skipped on sleep.

Also, warning to those who haven’t finished the trilogy—there are minor spoilers in this review.

This retelling of The Beauty and the Beast stole my heart with the love triangles, incredibly strong female characters and has forever ruined my standards of relationships. Most fictional relationships raise standards, as any book geek would know, but the author, Sarah J. Maas, has completely decimated my standards. They are so high after reading this book that I wouldn’t be able to reach them myself. Never again will I look at the name Rhysand the same. I’ve had book crushes before but he trumps them all.

Have I mentioned standards already?

Did I mention love triangles???

The main character, Feyre, can be described in four words: She takes no bull. After she kills a wolf to get food for her starving family in the human world, it is discovered that the wolf was a Fae and she was forcefully taken to the land of Faes to take the wolf’s place. The idea was that the land of Faes would claim her life after the Fae that came after her takes pity on her. Does that sound familiar at all? I can’t spoil this too much because it’s a huge twist, but there is also a curse and a beast that she can set free with love. This heart pounding romance took so many tears from me as well as created moments that my heart just completely stopped. I never expected it to go in the way it did but damn, I am so glad that the story twisted like that.

Speaking of those, there were multiple twists that I never saw coming, especially in book two where relationships are questioned, love is questioned and the character realizes that her first love may not be her soulmate after all. In the Fae world, there is a mating bond that clicks into place at any time. She waits for her mating bond to snap in with the love of her life, but soon discovers that even though you can love someone, it doesn’t mean that they are right for one another. Magic dangles at her fingertips and the ultimate spiller of tea, the Suriel will forever be my favorite being of the series. The Suriel may look like a dementor, but hell, she has the tea.

A Court of Thorns and Roses trilogy can be considered a saucy romance retelling with the magic of Disney and the badass women of Marvel. It grips the idea of family like a child holding a piece of candy. Family is family, no matter where anyone comes from. It shows the strength of family that is blood and family that isn’t. Sarah J Maas will forever have my heart with this trilogy and I can’t wait to read more of her books.

Warning, this young adult trilogy has some saucy scenes, mature content, language and gruesome battles. The story is fantastic. The characters are loveable and the memes for this story will forever crack me up. My book worm friend and I have had many laughs placing ourselves in this world and have been unable to breathe from laughter when talking about the series. Even with some mature scenes, the comic relief is hysterical.

For example: Feyre threw her shoe at the most powerful Fae and hit him in the head.

Tempo Productions and Constantin Film have optioned A Court of Thorns and Roses for a movie. I would love to see my favorite characters come to life and I think the fans would too. This book sold over nine million copies and is published in 37 languages.

Book geeks, read this book with caution but you have to read this fantasy. This world full of magic, love, strong characters and mythical creatures, is a young adult retelling of Beauty and the Beast and a must read. The entire trilogy blew me away. I would give it a nine roses out of ten. No book is perfect but this was pretty damn close. Once you pick it up, you’ll wish you were a part of this world. I sure did and I would pay a hell of money, more than $40 to be able to join this place.

In this article:A Court of Thorns and Roses, ACOTAR, book review, Emma, opinion