A Book and Author Readers will Crave 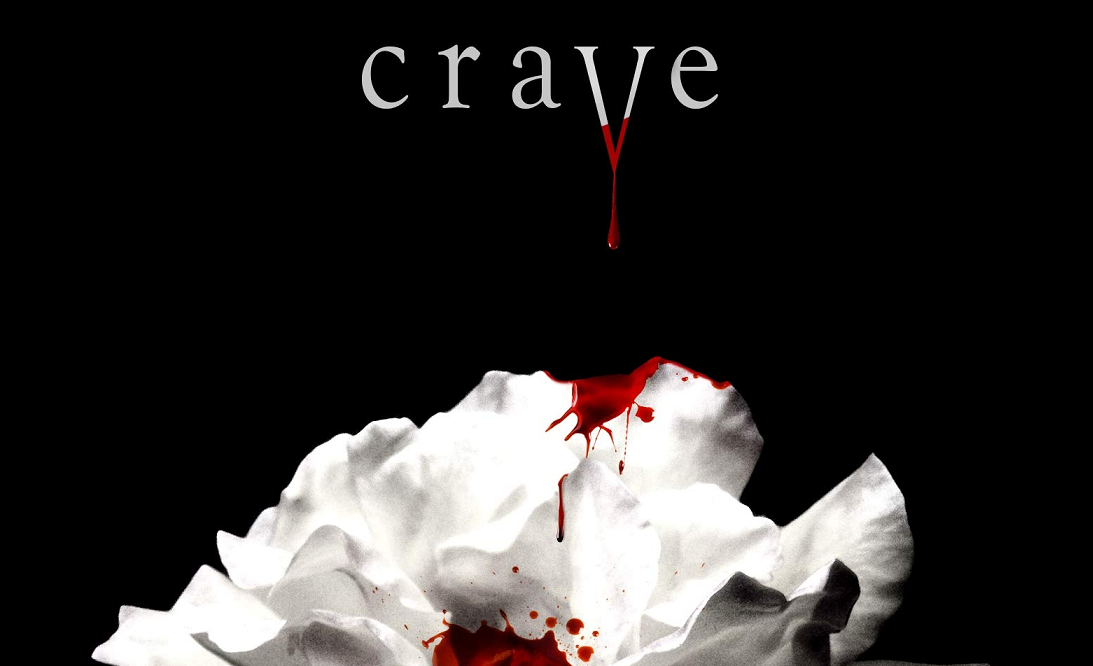 Local Austin author, Tracy Wolff, has finished writing her second book of her Crave trilogy in just eight weeks. The trilogy brings a whole different twist on a vampire romance, only this time, there are no sparkles involved and the best friend is a dragon, not a werewolf with a bazillion abdomen muscles.

Wolff has written over 65 books in the past 13 years. She hit the USA Today in 2015 with Drive Me Crazy, the second book in her Shaken Dirty Series. She also hit the New York Times list for the first time with Ruined, from her Ethan Frost Trilogy. Universal Studios has bought the movie rights for Crave.

“I have always wanted to write a vampire book, but you know, it’s a very crowded genre. It’s also a very well written, well loved genre. My attitude was, ‘I’m not going to jump into that genre or subgenre unless I have an idea that I think is different.’ I think when you read all three books, you’ll see how different it is, but unless I had an idea that was different, that could stand on its own, then I wasn’t going to disrespect the subgenre and have people go, ‘oh my gosh. She’s terrible at it,’” Wolff said.

After the first book, Crave, was published, Wolff spent the last two months straight writing 280,000 words for the second installment.

“It’s been an exciting time. I thought the book was going to be the same size as Crave and it’s ended up being 704 page, which is about 150 pages longer. It might have been even longer still, if we weren’t worried about how many would fit on store shelves. In the end, we actually ended up having to cut 150 pages,” Wolff said. “With the cuts the book ended up being I think 240 or 250[thousand]. It was a lot. I am never writing that fast again. It was a lot of words, I’m not going to lie, and now I’m like four days off of it, on that Monday and I just fell into bed and I slept for like five hours and I wake up panic-struck like ‘oh my God. Oh my God. I slept too long.’ Then I realized, ‘hey. This is okay.’ I said I was going to take a month off.”

Crave, Crush and Crown, feature a mortal girl sent to a boarding school for mythological creatures after the death of her parents. After flying into Alaska and landing in a parking lot, the main character, Grace has no idea what she has gotten herself into.

“When I was looking, when I was doing research– since I do a lot of research about the area I set a book because I want to know how it feel– I looked for the nearest place to fly in and one of the nearest places to fly in is Healy, Alaska. It’s the place that she flies into. It’s a small area, but there are a lot of hotels in the area because people stay to hike Denali, which is the highest peak in North America,” Wolff said.

But even the highest peak in North America doesn’t have much of an airport to fly into.

“I was trying to get a description of the airport. I couldn’t get pictures and I was like, ‘I don’t understand why there are no pictures. Like, all I see is this parking lot.’ I google earthed it and went all the way down and found out that the [parking lot] was all there is. So, in the beginning Grace lands in this parking lot,” Wolff said. “She’s in this puddle jumper already and she’s like ‘I don’t even understand how this is an airplane,’ and the pilot is like ‘hold on.’ She goes, ‘I really don’t think that’s what you want your pilot to say to you.’ Anyway, she lands in this parking lot. Her cousin picks her up on a snowmobile and they go 90 minutes up the side of a mountain in a snowmobile.”

Snow may seem like a bliss for a Texan, especially from Austin, but Wolff had no intentions of making the white blankets of ice seem like a dream.

“I originally wanted to set it in the tundra because I think there is nothing scarier than a frozen wasteland of a desert. Can you imagine? It’s dark almost all year round. They are completely land-locked even though they’re right on the water. The water is frozen ten months a year. I think it’s way scarier if you can see something awful coming but can’t do anything about it.’ You’re like ‘yeah, I’m gonna die,” Wolff said.  “My editor, however, thought it might be scarier in the mountains where things could jump out from behind trees and you’re isolated in a different way.”

The main character is the closest character to Wolff out of all the books she has written so far.

“I’m really pleased that people seem to really be responding to Grace. This is my 65th book and out of 65 heroines and even more including ensemble casts, Grace is the closest to me. I don’t know why that is. She just kind of came out that way as in her sense of humor. She’s a little snarky and has lots of comebacks, even if they are only in her head. She’s just very me. It was really scary to put that out there because what if everybody hated her?” Wolff said.

On top of movie rights purchased by Universal, there is also a video game on the Chapters app that Wolff assisted in writing the script for that is based off of her first book of the trilogy, Crave.

“The video game is fun because it’s the first time I’ve ever seen my world out there. It’s not just in my head. I haven’t played through the whole thing yet because I’m playing it a little bit at the time as a reward for myself. I played through like the first two chapters right away, just so I could see what they did with the school as well as Grace and Jaxon and Flint. That was a lot of fun. It’s a play your own adventure game,” Wolff said. “I got to write part of the script for it. My editor was adamant that it should have my voice but I didn’t have time to do the whole thing. When you go down to pick choices, I wrote all the different choices, which was really fun. I had never seen a video game script before so I got to see how it was done. It was a lot of fun.”

Since 2008, Wolff has written and published over 60 books, but her work didn’t hit the New York Times best-seller list until 2015. It was also the year that Wolff could write full-time to support her family.

“It is a tough business. It’s also a business I love. I think it’s one of those businesses that you have to be aware of how rough it is. I think getting to pay your dues early the way I did or consistently the way that I have is not a bad thing. I think so many authors who hit big right out of the gate expect it to stay like that,” Wolff said. “When I first hit the New York Times list in 2015, everybody was like, ‘oh my gosh. Where did you come from? You’re like this overnight success.’ I’m like, ‘overnight success? This is like book 35 or something like that.’ I’ve been here all along.”

Writing, and any form of entertainment is never easy. There are inconsistencies that can bring people’s hopes down or raise them too high. Wolff knows this well.

“Think of anything that has to do with entertainment; popular music, popular movies. It almost never stays the same. Most people in the arts have a career that doesn’t skyrocket and stay that way,” Wolff said. “Most people in the arts know that their work will go in and out of popularity. I also think those of us that have had to work for it, people who understand that the industry goes like this, appreciate it a lot when things are going really well, when we get the movie deal and the other. It’s very exciting.”

Even though she has been professionally writing since 2008, Wolff has known that she has wanted to be a writer since she was in elementary school.

“I was in the second grade and my parents had gone into the bank. They were buying a new car and that was back in the day that you could leave your children in the car and not worry about it. They asked if I wanted to come in and we were in California, so it wasn’t hot or anything and I said ‘no. I’m going to stay here. I’m reading a Judy Blume book.’ So I’m reading my book in the back of my mom and dad’s car and I finish it and they still aren’t out,” Wolff said. “I was bored but it was a really good story. I really liked it and I looked over and there was a notebook and an aquamarine marker sitting next to me. I picked it up and I hand-wrote in my second grade scrawl a ten page story. I kind of always knew I wanted to be a writer from that point on.”

There isn’t much that has been released about the second book, Crush, even with the manuscript finished.

“I can’t say much, but in Crush, there is a kick-ass girl dragon named Eden and I love her so much. She is purple and she doesn’t take shit from anybody. She constantly puts Flint in his place along with everyone else. I love her a lot. The book itself is a bit of everything,” Wolff said.

On September 29th, the book Crush will be released and the reader’s crave won’t have to wait any longer.