SDCC Tries to Present "Phineas and Ferb The Movie: Candace Against the Universe"

Central Florida Comic Con Was Amazing! Here's What You Missed 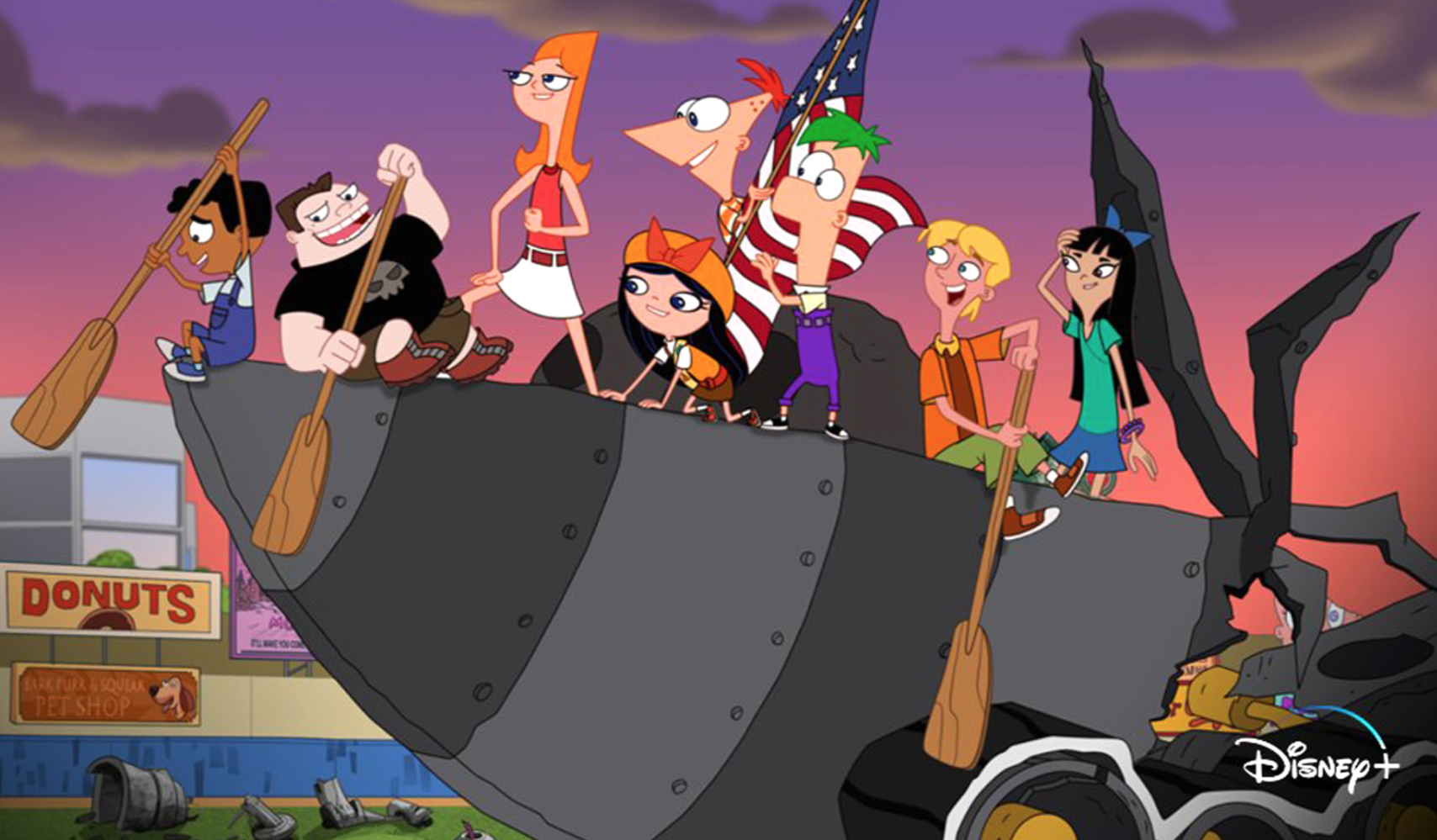 “There’s a 104 days in summer vacation and school comes along just to end it! ” It’s hard to imagine that it has been five summers since we last heard Bowling for Soup kick off  a new episode of Phineas and Ferb. Thankfully Disney+ knows Phineas and Ferb fans have had  “Squirrels in our pants” from the monotony of the last 6+ months of pandemic living, and while we “Ain’t Got Rhythm” we have been “Watchin’ and Waitin'” for Disney+ to release the “Phineas and Ferb The Movie: Candace Against the Universe” movie.

In 2008 Disney Channel premiered Phineas and Ferb, a cartoon where each episode had a simple dual story line concept that took place during the 104 days of summer vacation. In every episode the first story line showed stepbrothers Phineas Flynn and Ferb Fletcher trying to decide “what to do today.” Their daily plans always led to them building some amazing and impossible creation that had their sister Candice Flynn trying to bust them.

“Phineas and Ferb the Movie: Candace Against the Universe” official Movie Poster released by Disney+

The second story line, which runs at the exact same time, focuses on Agent P (the boys secret agent Platypus Perry) trying to stop the evil Dr. Heinz Doofenshmirtz (Dr. D) from taking over the Tri-State area with his latest Inator. Inevitably each episode ends with Agent P destroying Dr. D’s latest evil project, which causes the boys latest project no matter how bust worthy to disappear before Candace can show Mom what the boys have built in the back yard.

The series with its sometimes not so subtle pop culture references, in-episode and during credit songs, special guest voice talent, running gags and character catch phrases lasted until June of 2015.  By the end of that summer there were 222 episodes that included seven one-hour long specials, Star Wars and Marvel cross over episodes and a made for tv movie. Several characters also crossed over into the series creators’ next Disney series “Milo Murphy’s Law.”

The series at one point had a character meet and greet at Disney’s Hollywood Studios and an interactive phone game at Epcot. In 2011 Disney announced that a theatrical Phineas and Ferb feature-length film was in development, but in 2018 it was finally revealed that the film was no longer in development.

This popular series has always had a huge child and adult fan following so it was no surprise to fans when Disney announced  in April of 2019 a new Phineas and Ferb movie was being produced for Disney+. But fans went crazy with excitement when the title “Phineas and Ferb The Movie: Candace Against the Universe” was announced during the Disney+ panel at the 2019 D23 Expo. While the series had Candace led episodes, the boys antagonist sister has never had “top billing” in the show .

Prior to the panel, not much was known about the project. One of the few updates leading up to the July panel was on June 14 when Vincent Martella tweeted “I finished shooting the phineas and ferb movie from my bedroom”

Personally I had expected the panel to focus on the the upcoming movie. So when it started to go down the historic path of pitching the show, series development and how some of the voice actors had grown up while filming the show I was a bit disappointed, as this all info and stories I had heard in previous interviews over the years.

When the topic finally switched from the history of the show and personal stories to the upcoming movie Dan was asked why Candace was the focus of this movie. Dan’s response was “We had done so many stories. You know, we did 222 episodes and seven hour-long specials and another movie, and we were trying to think “What story have we not told?” We’d never really had Candace be the hero of any of these stories. She’s almost always the antagonist, and to have her sort of be the thing that we’re following…and we’d never put anybody in any danger in the show…Let’s put Candace in actual jeopardy and put some real stakes in there so the boys have to go and find her and bring her back.”

“Phineas and Ferb The Movie: Candace Against the Universe” movie still released by Disney+

We did learn a few things about the movie from the SDCC panel, and follow up interview articles. The movie will take place in the same summer the series did. The plot will have a big focus on Phineas, Ferb and Candace’s sibling relationship. Of course there be several catchy songs in the movie and it seems Perry will have his own “song.” This idea of course is intriguing as Perry doesn’t actually speak, he just clicks and clatters. Dan and Swampy will have cameos in the movie though we aren’t sure if they will be characters in the movie, or if it will be a repeat of their fourth wall breaking “Tri-Stone Area” episode appearance.

The panel also shared who some of the move’s guest star voice talent will be. Diedrich Bader and Wayne Brady will be voicing yet to be announced characters. The alien planet’s ruler “Super Super Big Doctor” will be voiced by Ali Wong and Thomas Middleditch will be voicing an unnamed alien.

I will say the lack of previews, real teaser trailers and clips from the movie was a disappointment. The only clip shown, was the  opening number that had already been released on social media several days prior. While the opening number is a fun song, I had really thought the panel could have shared more details or visuals from the movie itself.

I found that the panel didn’t really focus on the movie as the title and explanation implied, which was definitely disappointing. I had hoped for some details on wether there were other Phineas and Ferb projects were in the works, but sadly those weren’t released.  Regardless of how my feeling on the SDCC at Home panel, I am still excited to watch “Phineas and Ferb The Movie: Candace Against the Universe” on August 28 on Disney+.