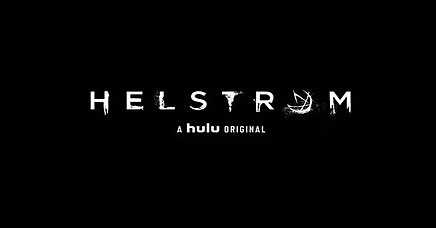 The San Diego Comic Con held an exclusive look on Helstrom, a new horror show coming out on Hulu based on the Marvel Son of Satan comics. The new show has many differences from the comics, including the stronger sibling partnership and the slight change in the family name, but the fiery and dark characters still go through the same thing: literal hell.

Siblings Ana and Daimon Helstrom reunite during the show as seen in the teaser trailer, but have come from very different viewpoints and responses to their childhood trauma.

“In many ways, they are the closest family members in the show but in many other ways they are actually the furthest apart. They both build their kind of new families and their new lives. We get to see those and we get to learn about those and we get to see how they operate in their own worlds and then when they do get back together as it showed in the teaser that they do, we get to see how they try to meet each other again as adults and really as kind of victims of childhood trauma that they both deal with in completely different ways,” the actor playing Daimon Helstrom, Tom Austen said during the panel.

This darker twist on the marvel world is laced with spirits, horror and thriller for each character involved with the Helstrom family.

“I think Ana and Daimon as with every character in our story, they’re just plagued really by their history And what they’ve been through, what they’ve overcome. Ana is someone who is characterized by what she’s overcome and how she sort of responded to the traumas and the crap that’s come flying at her,” actress playing Ana Helstrom, Sydney Lemmon said during the panel.

The Helstrom doesn’t have the classic family drama, either. With an absent father and a seemingly deranged mother, the two siblings have to walk the path of life with the thought of their powers in mind. Not much is revealed about what the powers will be, but according to Zbyszewski, the best bet for the fans would be looking in the comics.

Classic characters like Caretaker coming straight from the comics have been adapted and changed. In the show, there are references to the comics, such as the shovel Caretaker has in the first episode, but the character itself had been rewritten to fit the screen.

“For the fans of the comic books, the show is laced with easter eggs, both on set, in props, in story, in character stuff and that kind of stuff,” Zbyszewski said during the panel.

The dynamics between the Helstrom siblings aren’t the only important relationships in the upcoming show. Close friends and the family the characters chose make a huge impact on their decisions.

“I think Gabriella and Daimon have a very complicated relationship because I think they approach the same goal very differently. I am someone who comes in with a more religious but also more, like, logical viewpoint and I think that Daimon being a superhero, someone who has powers and more insight than I do as far as, like, underworld is able to see things differently. So, at the bringing, I think it’s difficult for me to feel like we’re on the same team, but throughout the season, I mean more and more we realize that the goal’s the same,” actress playing Gabriella, Ariana Guerra, said during the panel.

Helstrom also tackles the experiences of the foster care system and how difficult it is for someone to trust after they have been broken so many times.

“The show itself tackles the repercussions of an original sin in so many ways, where you find ways to connect to people and in this sense with Ana and Chris, there is a shared path, a shared way of healing that they shared in foster care. That’s where they originally met,” actor playing Chris, Alain Uy, said during the panel.

The classic idea of nature v.s. nurture is explored greatly in Helstrom, asking which one is more important when it comes to defining morality.

During filming, there were many places actors like Lemmon didn’t like to film at, such as a hospital that was said to be haunted. This said hospital is shown in the teaser trailer where the Helstrom mother is living. The classic voice of Victoria Helstrom, played by Elizabeth Marvel, ended up causing two security guys to come into the cast tent because they had thought that they had heard a bear, when it was only Marvel warming up her voice.

“The voice was basically being in a hotel room and watching the news and screaming into a pillow about the state of the world,” Marvel said during the panel.

Even with the horror of this upcoming twisted tale, the idea of the show is much like many other marvel movies; it’s about family and those we meet along the way.

“It’s a family story I mean, not just Daimon, Ana and their mom but it’s about an extended family. It’s about the family we’re born with and then the family we create. It’s a nature v.s nurture story. It’s about, you know, stuff we’re that born with, genetically, that we inherit and carry with us because we have to and it’s about our  environment. It’s about how we were raised and who raised us and what values we are imprinted with as we grow older and that affects our ability to judge right from working and our morality,” Zbyszewski said during the panel.

Hopefully the bonds of family will keep the characters and the fans together with Marvel’s new flash of horror and quite literally…hell. Fans of the Son of Satan comic won’t have to wait any longer for the dark side of Marvel.

Circle October 16 in your calendars and make sure to check out the Geek News Now Facebooks page for more news and stories.