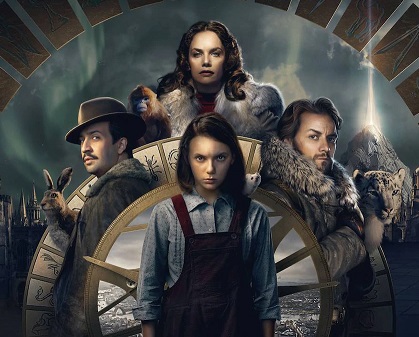 Nothing scares screen writers more than writing an onscreen adaptation from a beloved book series. The success of the first season of the HBO series His Dark Materials is proof that screen writer Jack Thorne and producer Jane Trantor were up to the herculean task that stood before them. San Diego Comi-con hosted a panel with the cast and crew of the film to talk about more about their appreciation for the fans as well as what is coming next.

The Fans Have Spoken

Fans of the Jack Pullman book series of the same name may have been skeptical of the series after some of the attempts in the past to bring these characters to life. One of the things discussed by many members of the cast is the fact that many of them were fans of the book series. Both Ariyon Bakare and Lin-Manuel Miranda had such a love for the series that having an opportunity to be part of this was almost like a childhood dream come true.

One of the most exciting parts of the panel was the release of the trailer for His Dark Material season 2.  Many fans may be concerns about how the shutdowns due to COVID-19 will impact the release of the next season. Well I have some great news for the fans! The panel revealed that they had wrapped up shooting on the season prior to the shutdown, so season two will be launching as scheduled during Fall 2020 on HBO and the BBC.

The writers also did make mention of the possibility of a separate standalone episode regarding where Lord Asriel ended up. While he will not appear in season 2 he is definitely not forgotten and is commonly mentioned so the writers wanted to find a way to add that into the story while still staying true to the books that so many love. The filming of the stand alone was halted as a result of shut downs, but they have not abandoned the project. Since it was separate it can be added at any time and I’m sure the fans will not be disappointed.

If there ever was a good example of two panels being so completely opposite of each other as far as entertainment goes, it’s the...