Great Scott! The DeLorean Rolls Out! 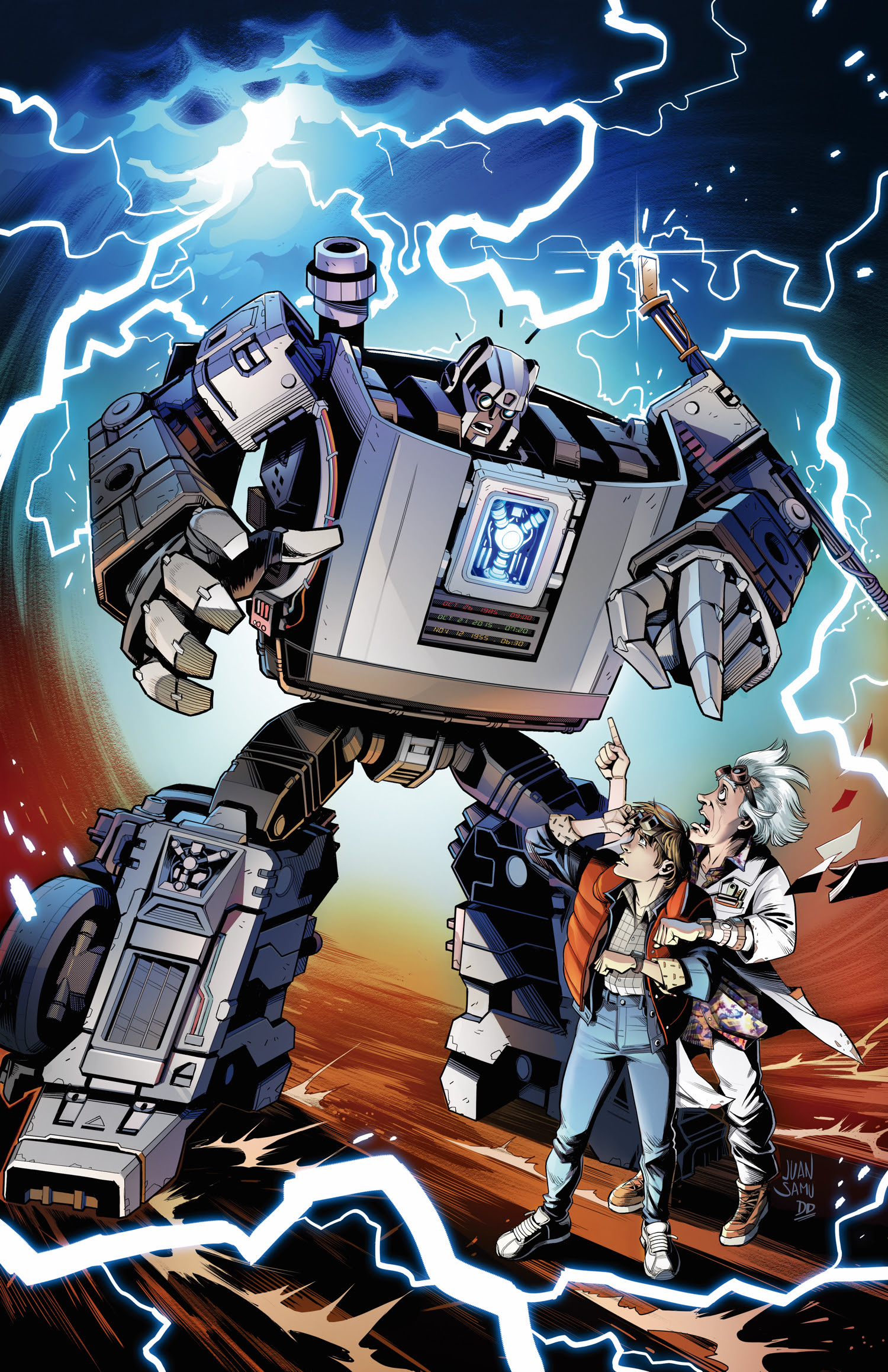 Back to the Future is an amazing movie from 1985. Having sold over 59 million tickets and staying number one in the box office for 11 weeks, it was the top-grossing film of the year. Since then it has become a pop culture icon. 30 years later in October 2015, it gained its own comic book series. The series began as a 4-issue mini-series, but became an ongoing monthly comic. It now spans over 5 volumes, 31 issues, and 2 mini-series of 5 and 6 issues respectively.

Seriously, what decade are we in?

Your Kids Are Gonna Love It

The 4-issue mini-series will be written by Cavan Scott and illustrated by Juan Samu. It will take place around the end of the first Back to the Future movie. Marty McFly watches Doc Brown take off in his DeLorean time machine, only to return moments later. Except this time, something is different. The DeLorean turns into a giant robot!

According Scott, the DeLorean has been replaced with an Autobot scientist named Gigawatt. Artwork by Juan Samu shows the Autobot surprised to see an equally surprised Doc and Marty. My favorite part about this art is seeing the flux capacitor in the center of Gigawatt’s chest. Perhaps we’ll see another smaller transformer to make up the remaining .21 needed.

This is a very exciting crossover, and I cannot wait to see what happens! The story is set to roll out sometime in October 2020.

The panel included engineer and robot builder Saura Naderi. She chimed in on modern day robots and how soon we can expect Transformers in our time. Unfortunately, we don’t have the power to operate such robots. Unless the All Spark makes an appearance on Earth, we’ll have to make do with Megabots-style robots for now.

Dr. Lisa Will, an astronomer and professor of physics and astronomy at San Diego City College, also made an appearance. She spoke a bit on how science fiction inspired her to become an astronomer and even piped in on time travel. At this time, our fastest space craft took 9 years to reach Pluto, so we still have a ways to go. We would need to be able to break the laws of physics if we want faster space travel.

It is interesting to see how science fiction stories such as Doctor Who, Star Trek, and Star Wars have had an impact on us. Such stories have spurred the pursuit of knowledge of the great beyond and advances in technology. Scott joked about how science advances faster than writers can produce new fictional technology. I say, the faster the better. I want my teleporter!

Optimus Prime from The Transformers (1984)

Transform and Roll Out

Dr. Will closed out with a comment that really resonated with me. “We tend to think of science and humanity as two separate distinct things, but we all operate at the intersection of them.” I have always said that we can’t live with or without technology. I am excited to see how technology evolves, both in science fiction and reality. For now, though, I am impatiently waiting for the upcoming crossover!

Until next time, roll out and stay geeky my friends.

In this article:Back to the Future, Comics, San Diego Comic Con, transformers