Did We Need Another Dragonheart Movie? 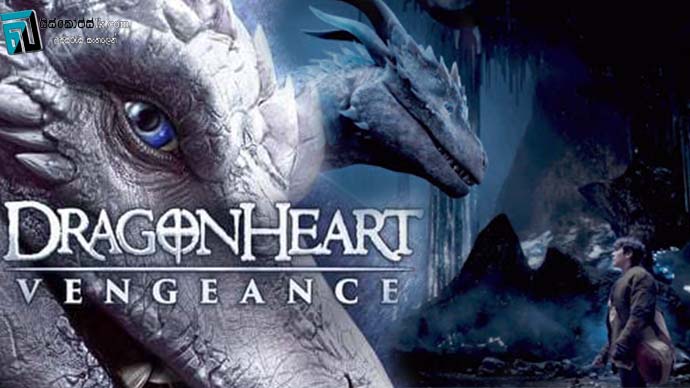 “Sometimes accepting fate is the only choice.” No truer words than what this movie makes you feel.  Dragonheart Vengeance is a tale that you know immediately that their fate was never going to be a box office hit.

Dragonheart Vengeance (2020) is a tale about a boy named Lukas and his quest for vengeance for the deaths of his parents.  He seeks help from the town drunk and a shape-shifting and ice-breathing dragon. Vengeance is the fifth in a movie series and was released in February as a straight to Netflix and dvd. Other movies in the series include Dragonheart (1996), Dragonheart: A New Beginning (2000), Dragonheart 3: The Sorcerer’s Curse (2015), and Dragonheart: Battle for the Heartfire (2017).

The only interesting part about the cast is Helena Bonham Carter (Les Miserables, Alice in Wonderland, Sweeny Todd, etc) as Siveth the dragon.  It also stars Joseph Millson (Casino Royale, The Fairy Queen, Dead of Nite, etc) and Jack Kane (The A List, Hobbs and Shaw).

All of the obvious villains have idiotic names like “The Snake” and “The Scorpion” with costumes to match.  There is of course a secondary villain that you learn about later as per usual.  One of the villains known as “The Bear” also looks a ton like Kratos from God of War, the video game.   One of the protagonists also looks like he is trying to be Collin Farrell from A New World mixed with Jeremy Irons from Eragon.

It has great CGI and effects. The dragonscales are vivid and you can tell they are scales, the colors are vibrant, everything is very nicely put together.  If there was a need for fire effects or the ice of the dragon’s breath you saw it for what it is supposed to be.  If you turn off your brain and only watch the movie for the effects then you’ll enjoy it.

If you watch it for it having a good plot then you will probably HATE this movie.  The plot was cliche (boy and dragon trying to save the world from evil and get revenge for the deaths of family) and very over done.  Dragons are very overdone at this point and there were way too many similarities to all of the other dragon materials done before.  After five movies it is probably time to let the dragons rest.  It is understandable though to add a female dragon to the series considering all the other dragons in the series have been male. Helena did a fantastic job as the voice of Siveth.  She is strong and kooky at the correct times, which is exactly the style they portrayed for this tale.  Pretty much watch it just for Helena because she controlled the interest of the movie.

In this article:Dragonheart, Fantasy, Movie Review

“Mortal Kombat” (2021) was the most faithful videogame-to-movie adaptation I have ever seen, but also one of the worst films I believe will come...

The Top Ten Geek Monsters of All time

Hi everybody, it’s October and that’s the season of witches, ghosts and ghouls and everything scary.  In the Halloween spirit, I thought I would...