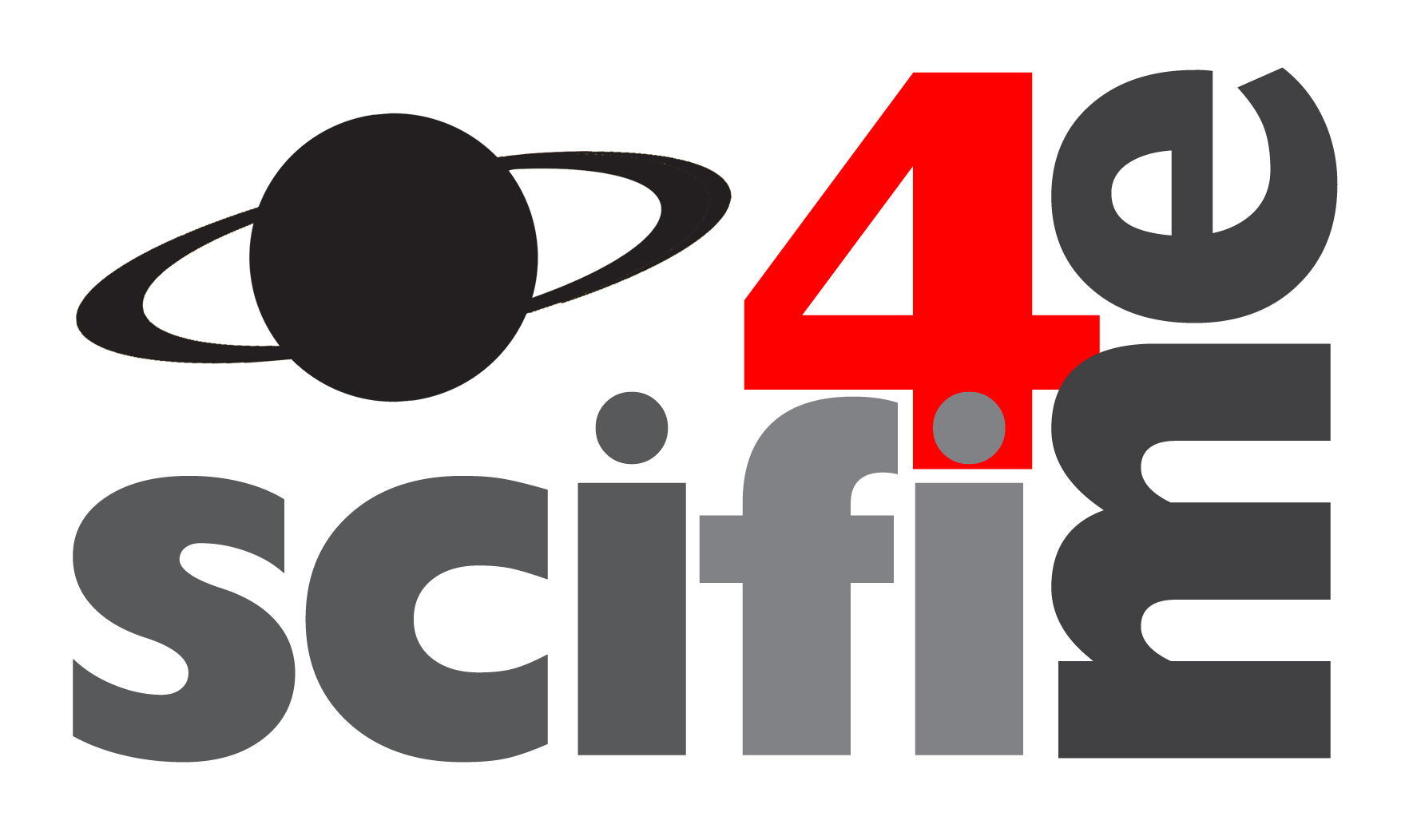 On September 24th, 1992, the SciFi channel launched on cable TV and included shows such as The Twilight Zone, Lost in Space, and Dark Shadows. Securely under the USA Network umbrella, the original programs and old favorites kept coming as the space loving viewer base grew.

Until that is, 2009. Then, the Sci-Fi channel became SyFy to broaden their science fiction viewer base to encourage a fantasy lovers following. After the massive success of the Lord of the Rings trilogies and the popular reboot of Battlestar Galactica, executives knew there were a lot more fans they weren’t reaching and proceeded to re-brand to bring them in.

Plus, a unique spelling would better secure copyright, so SyFy with the tag line “Imagine Greater” but without the classic Saturn rings, appeared July 7th, 2009.

The change appeared to work for some and numbers increased, but for one person in particular, it was the catalyst he needed to start his own blog to reach out to other Sci-Fi fans.

“I didn’t like the fact they were moving away from their core audience,” Jason Hunt, founder of SciFi4Me, explained to me over Zoom.

Instead of sending a very strongly written letter to the network, he created his own blog. “I started like a lot of people. Started as a blogger in a basement. Kept posting. Kept writing.”

His persistence paid off. Reaching out to multiple comic-cons, science fiction, and other events, the blog grew and within six months of launch the site had been added to multiple press lists. “Honestly, it wasn’t that hard to get added,” he smirked. “Just called them up and asked to be added.”

Still, you gotta let people know you’re there and Hunt did as he continued on that upward trajectory of success over the past eleven years.

When I talked to Jason, his workspace had a bit of everything in the background. A full comic book stand, a comic POW on the wall, the site’s logo behind him, along with an assortment of books, computers, and a pineapple shaped light.

It might seem random, but the controlled chaos of juggling so many universes complimented one another, including plenty of in-person events.

“We have updates on over 2100 cons (internationally).” Hunt quickly pointed out a unique feature of the site. “We’re the only site that has the most up-to-date weather for whatever city the event is in.” That will be a good feature to have when we’re all able to get back into in-person events again.

The SciFi and fantasy universe wasn’t only for those who love galaxies far, far away or homes in the shire. In the past decade, the explosion of interest into the world of comic cons brings lovers everything from games, to superheroes, to horror icons, and of course, Cosplay.

Making sure the causal fan to the obsessed devotee has solid information about their favorite escapism can be a full-time gig. To help inform across multiple platforms, along with the website, the SciFi4Me site has eight YouTube shows.

“We have one Monday, two on Tuesday, two on Thursday, two on Friday, and one on Saturday.” He explains the live shows take far less editing time, but with the recorded shows to film and edit, take about 4-5 days.

Each show as a particular theme they cover such as his Saturday show, Good Morning Multiverse, Jason discusses science fiction, fantasy, and horror news.

His most recent episode, you can catch here:

Despite having so many cinematic universes to cover, Hunt doesn’t neglect my favorite. Books because without the fantastic and sometimes, twisted, imagination of a writer, no story would come to fruition.

Like so many of us, Hunt found his love for outer space and other realms of possibilities in the pages of books by authors such as Bradbury, McCaffery, McIntyre, and Asimov and wanted the fans of those worlds and so many others, to have a central place to find information. “I mean, you can go back to Shelly’s Frankenstein and Gothic Tales (Elizabeth Gaskell) and Poe. It (Sci-Fi) started way back there.”

With so much on his plate, it hadn’t stopped Jason from coming up with more possibilities and projects, but one thing he said he looked forward to doing again was in-person events.

For now, he’ll stay plenty busy with covering just about every universe out there and speaking of universe’s, what’s your favorite thing you love to love the latest and greatest news about?

Thanks to SciFi4me.com founder Jason Hunt for taking the time to talk with me.

For those who grew up in the early 2000’s, SyFy became a big part of everyone’s television schedule. There were original movies, television shows,...