Shock Poll: Star Wars Fans Are Split On The Future Of Lucasfilm 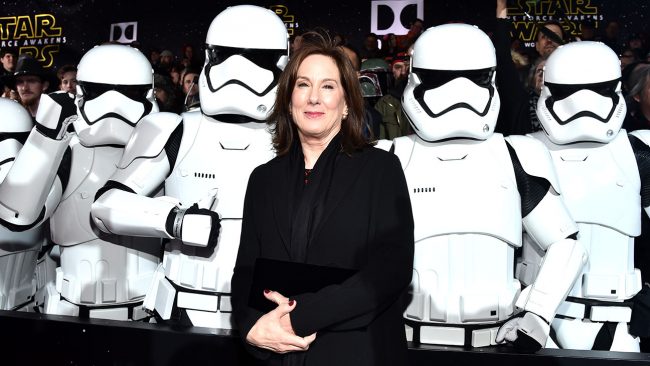 Irving G. Thalberg Memorial Award winner and an eight-time Academy Award-nominee, Kathleen Kennedy has been President of Lucasfilm since 2012. She has been at the front of the rebirth of Star Wars.  She has produced all of the sequels and is the executive producer for The Mandalorian.

Her many accolades in her 38 years as a producer include (for those not paying attention to her resume of over 100 movies):

Fans are divided ! The division is due to the results of the sequels and spin offs.  Kennedy is doing pretty good as far as the movies and shows that came before had. We’ll start with the most recent movie.  Rise of Skywalker got a Rotten Tomatoes score of 51%.  Audiences of course like it better than the critics giving this installment a 86%. If you compare it to one of the worst films from before Kennedy took over as president, The Clone Wars scored a tiny 18% on the tomatometer and 39% with audiences. The Mandalorian is the only thing that critics agree on with a score of 93%! The child is definitely part of why that is the case!  He is too cute to not be popular.

The Mandalorian and The Child photo courtesy of Lucasfilm

Now let’s check out box office totals!  Totals have been adjusted for inflation.

I would definitely say that Kennedy is doing pretty good if you look at the stats. The future of Star Wars is safe in her hands as producer.

We will continue doing weekly polls on the Facebook page, which welcomes all participants to let their voices be heard. Be sure to go check it out!