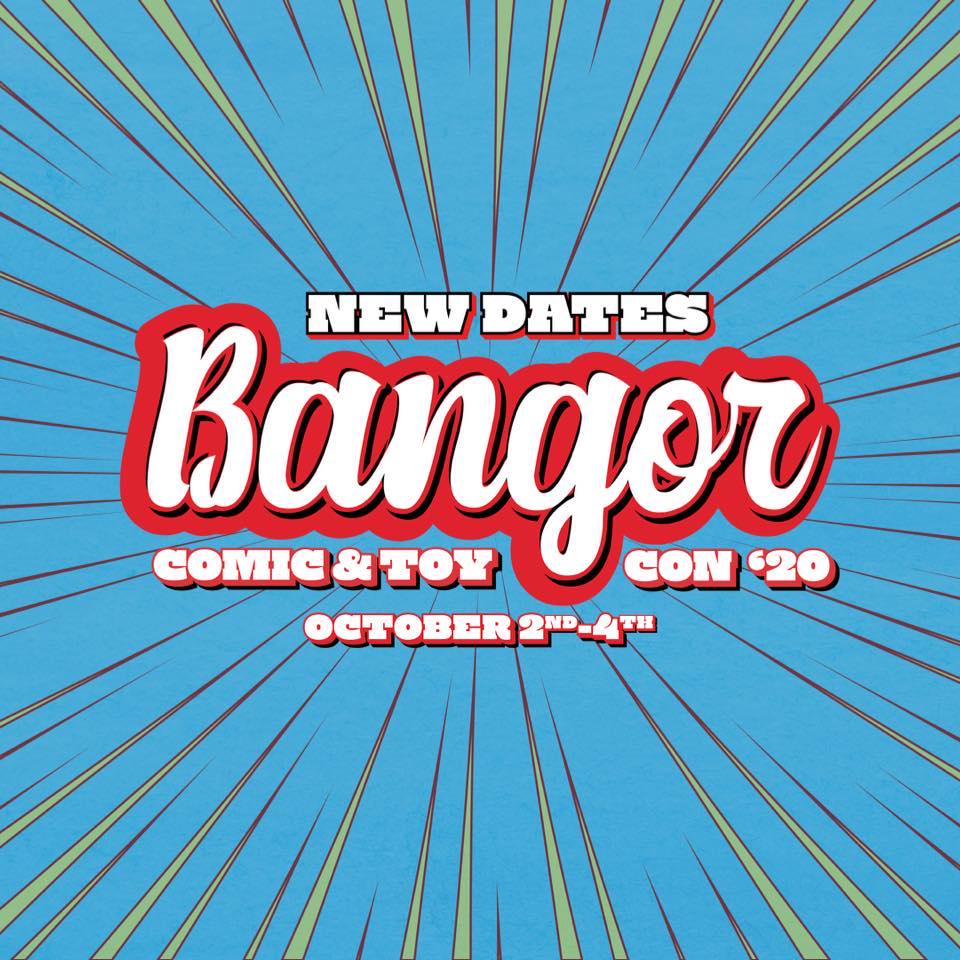 In the mid-Maine town of Bangor, known for author Stephen King and its giant statue of Paul Bunyan, two men and their team work to produce the fifth presentation of the Bangor Comic and Toy Con (BCTC); a popular local event scheduled in early October which draws in from across New England fans of all things geeky and nerdy! This comes after rescheduling its original April dates due to concern over Covid-19; and show-runners Will Hesketh, Jr. (event CEO) and Jay Cochran (business partner and event overseer) dedicated themselves to make a safe and fun event for all!

Optimism decided the reschedule rather than cancel the con. “We basically could not accept the fact that we were gonna have to wait a whole ‘nother year when we were one month away and everything was ready to go.” Jay says. “The only way that we are canceling this event is if we are forced to cancel this event.”

Are you a fan of hit Netflix documentary Tiger King (2020)? BCTC announced June 24th the addition of John Reinke and Kelci “Saff” Saffery to the guest list! “I believe that they were the most beloved characters on that show; so we thought it was a safe bet.” Jay says.

Safety protocols in place this year in regard to Covid-19 includes an emphasis on masks; something Jay hopes will inspire cosplayers to come up with creative ways to wear a mask on the con floor.

Will stepped up and became BCTC owner in December 2017 after three years under original owner Christopher MacMillan. The event took 2018 off and resumed in the spring of 2019. Both Will and Jay had prior experience in working behind the scenes of the con as well as booking bands or trying to get their own band booked at other events.

The duo have fond memories working with guests such as Joey Fatone of band N’Sync; also Cooper Andrews and Lew Temple of The Walking Dead (2010-present) fame. Andrews they note for having attended a screening of Shazam (2019) along with fans in Bangor. Will remembers Doug Jones from the first BCTC in 2015 who always delightedly interacted with fans.

Things in Maine got boring and lonely with the spring stay-at-home order of the state, so Will and Jay fought this with twice-weekly web-series “Don’t Cross the Stream” which kept fans informed and encouraged while catching up with past and current guests such as TMNT’s Kevin Eastman, Lew Temple, Cooper Andrews, and more. Will and Jay (and guests) chatted among themselves and entertained audience questions. The team resumes staff meetings in July to prepare for the new date, but it’s planned to have the web-series run possibly once every other week; one show of which includes the Clerks (1994) trio of Jason Mewes, Brian O’Halloran, and Jeff Anderson.

“It’s basically a year process planning this.” Will says. “You know, working with agents, guests, booking flights, working with hotels, vendors. We’ve been doing twice-a-week staff meetings. So I think, you know, getting through it, knowing that we ran a successful event, that everyone enjoyed and it was successful across the board; like, fans had a good time, the vendors and artists had a good time, the celebrities. You know, and everybody went home safe at the end of the weekend; I don’t think there’s anything you can do to beat that.”

The only certain loss in the 2020 guest list is author J.M. Lee; most everyone else is confirmed for the rescheduled date with a few guests still being worked out. Will and Jay reassure con-goers they can still get tickets when the Cross Insurance Center opens them up for sale again via Ticketmaster or at the location itself. VIP tickets sold out.

Members of the Maine Ghostbusters group having a blast at a past Bangor Comic and Toy Con! Picture credit to the BCTC Facebook page.

BCTC occurs October 2nd-4th in the Cross Insurance Center’s arena space; a bigger location compared to the event’s usual space in the building’s grand ballroom. Along with a celeb and artist guest list, more information is available at the BCTC website and its Facebook page; the latter Will says is easiest for reaching out with questions. Check either out regularly and partake in this excellent con if you like celeb and artist guests, comics and toys, and more!

Do we really need in person cons?

Ahoy geeks, Jimmie here! I am sitting back, and enjoying my early “Black Friday” haul with my family tonight. Earlier this evening I was...

While 2020 has created many challenges for industries of all forms, few industries have seen the same kinds of impacts faced by the convention...