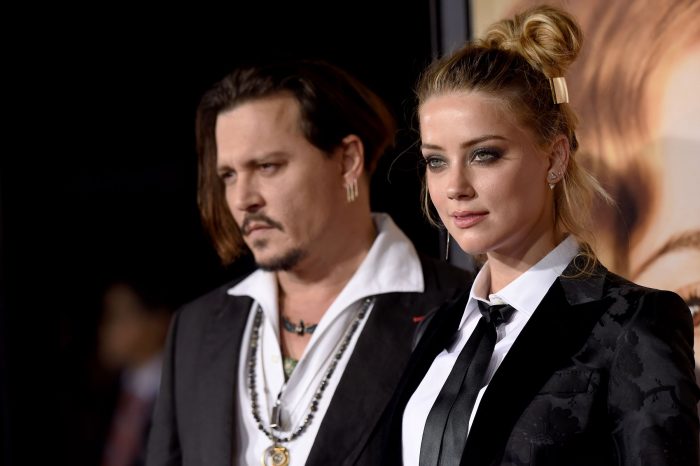 Amber Heard, winner of the “Rising Star” Award from the Texas Film Hall of Fame and “Spotlight Award” winner for her part in The Rum Diary, now has practically more news, rumors, speculation, and innuendo than three Kardashians combined.

Depending on which website you follow (assuming you’re not following us for some odd reason) you may have heard the following about this up and coming Hollywood starlet:

In a poll taken on our Facebook page that received over 2100 responses, 67% said they wanted Amber Heard to be replaced as “Mera” in the next Aquaman film.

Amber Heard (right) and Cara Delevingne (left) have been seen at events, night clubs, and even a strip club in London. Depp believed that their relationship was “more than platonic”. Image from the UK Metro.

This case, now several years old, has brought to light numerous allegations of double standards throughout the Hollywood community, with people across the spectrum saying that if Depp were accused of this type of violence he’d be blackballed. Yet Amber Heard was able to land a role in 10 episodes of The Stand and still hold onto her role of Mera.

“If it was the other way around it would be a completely different story,” said Matthew Bennett.

“Amber Heard lied and tried to destroy Johnny Depp’s career and reputation. Now that the truth is coming out, there are still people who are willing to crucify him instead of making her accountable. She deserves consequences,” said Jason Gilbert.

“The crazy woman cut off Johnny Depps finger during an argument. Instead of being an actress right now, she needs to be in a hospital,” said Janice Boggs.

We will continue doing weekly polls on the Facebook page, which welcomes all participants to let their voices be heard.