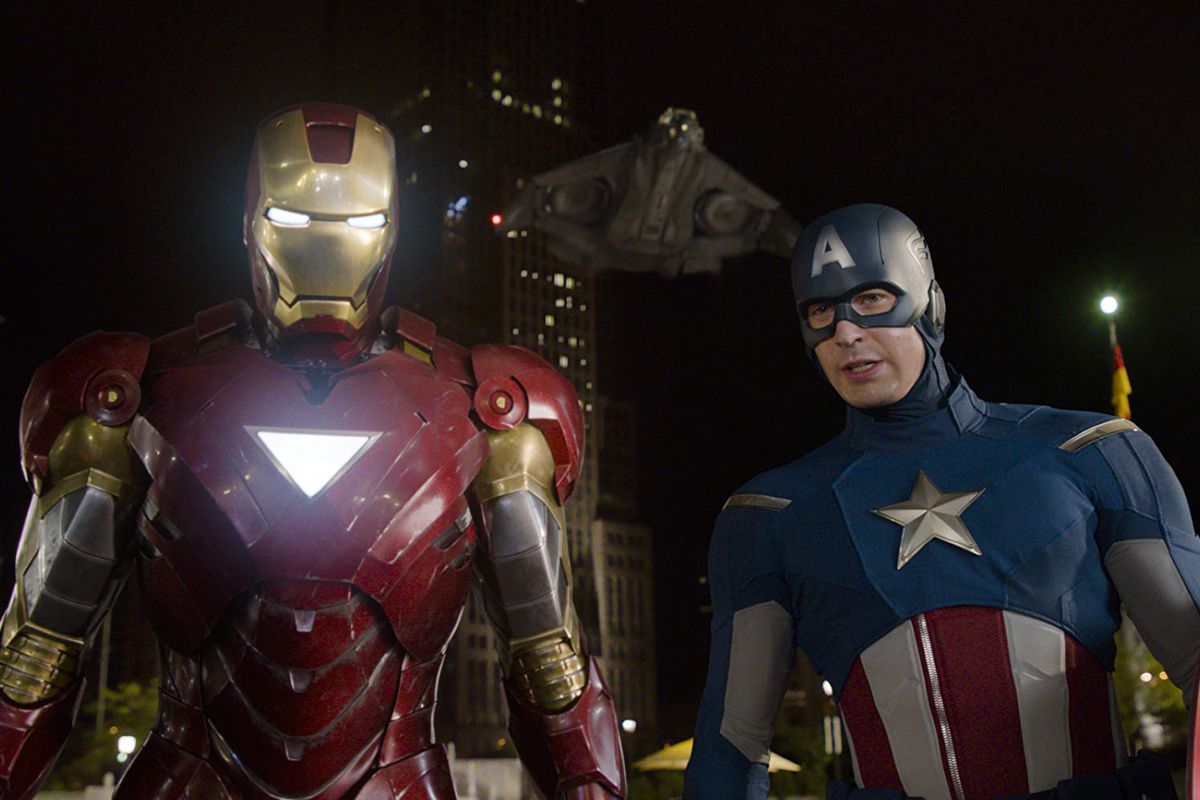 In 2010, we got Iron Man 2, which is actually one of the lower rated MCU movies, grossing to $624 million in the worldwide box office. Though this movie isn’t on the top ten of most lists, it is one of the most important examples of character development. This movie holds a very important place in the MCU timeline, introducing Nick Fury, Black Widow, the War Machine(the new Rhodey) and Tony Stark’s willingness to be a part of a team. Marvel has kept up its reputation with a huge factor; character development and arcs.

Marvel does a fantastic job at showing the character arcs of its heroes throughout the connection of 22 movies. Take Captain America—he starts out as the “Golden Boy” of the Marvel universe, the hero that can do no wrong. His strong moral compass always points him in the right direction, in the direction that is good, even being called “God’s righteous man” by Ultron. Steve Rodgers believes that there is good in everyone and even gets after the team for cursing.

Then, we watch Endgame.

What’s different is his maturity as a character.

He gains his “worthiness” to hold Mjolnir because he has grown in his position of a hero. Captain America has learned that there are people who are just plain cruel. He learns that by the end of the first movie and the idea has only catapulted him from there. His new willingness to curse also shows his character arc, his ability to get to the point and get to it fast as well as add a shock factor to his argument. In Endgame, he lied to Hydra operatives to get what he needed. He literally said, “hail hydra,” to them. In Captain America: Civil War, he goes against the law to save Bucky as well as destroys a few cars, helicopters and windows. He fights against a whole team of Avengers for one person, as Bucky attacks people because of his previous brainwashing.

The original Steve would have never lied like that. He would never go against the law. He wouldn’t fight other heroes for an assassin. Steve Rodgers was always good, he simply had to learn in his journey that the job needed to be done, one way or another. It might take some cursing, lying and broken windows to get there.

Standing side by side, the original Captain America and the Endgame Captain America are not the same person. Over the years, the hero has risen to be more than the classic golden boy or someone who worries about profanity. He’s become a hero, willing to do anything to get the job done.

Think about Thor. He’s willing to do anything to fix the wrong and even do some wrong to get there. What can he hold? Mjolnir. What can Captain America hold in Endgame? Mjolnir.

Another amazing example of character development that Marvel exceeds at, is the metal hero, Iron Man.

Tony Stark was created as a challenge for Stan Lee to create a character no one would like and then force the audience to like him. Stark is cocky, arrogant and at the start of his journey, is a rich, spoiled weapon maker who couldn’t care less about the world that didn’t directly apply to him.

He’s forced to survive in the middle of the freaking desert with shrapnel in his chest inching towards his heart. He sees what he has built and takes it as his own personal duty to stop making those weapons and become the weapon. This life or death experience doesn’t make him any less cocky, though, as you probably know. He wants no help from anyone and only wants to do what he wants to do, even though he was kidnapped and nearly died because of that very same quality.

As shown in Iron Man 2, Tony is finally willing to work with other people and many even listen to them. In Avengers, he butted heads with Captain America (of course. They are both alphas) and ends up using his own egotistical characteristic to figure out where Loki is attempting his attack. His ego is still a huge reason why there was even a second Avengers movie; he literally created the enemy and still butt heads with Doctor Strange in Infinity War to basically be in charge.

Now that I think about it, there are a lot of alphas on the Avengers team. It’s no wonder why they bicker so much. I will say, if they had more women on the team earlier, there wouldn’t be so many useless arguments. Did you see Natasha Romonov ever start an argument?

I don’t think so.

But anyway, Tony grew into a truly selfless hero. Having a daughter of his own may have been a huge factor of his selflessness as well as his relationship with Peter Parker. He goes back in time, willing to risk everything in his new life because he lost Peter. Tony Stark is the one outcome Doctor Strange saw that could save the universe and Tony was willing to take it. He sacrificed himself to save everyone.

Having a child changes everything. I may not personally understand that, yet, but I’ve seen how children can change people. Tony is broken after Peter Parker fades away and is against going into the past to change it because he’s afraid of losing his daughter. His daughter and Peter motivated Tony to face his broken past and ultimately save the universe.

The original Tony Stark would have never done something like that. His character arcs are one of the most important of the MCU. Robert Downey Jr. did an incredible job bringing a once broken character to a hero that saved the future of the universe.

If the characters are strong, relatable, and have a moral that they can tell, then the story will write itself. This generation of Marvel has done a fantastic job of telling one story over so many movies. I don’t know how they keep track of everything because I know very well that there’s no way they have a casual bulletin board with strings attached to pictures.

Marvel fuels a lot of YouTube shows and pop culture. Without them, super heroes would just seem so bland. Can you imagine a world without Iron Man?

Marvel is doing just fine thank you very much and if you need proof, check out their last movie, Endgame which made $2.8 billion at the box office. This doesn’t include merchandise, DVD sales(for people that still buy those) or future Disney plus subscriptions.

I hope that Marvel continues to tell great stories and build character arcs in this new generation of heroes.

Thor: Love and Thunder (2022) isn’t a terrible Thor movie, but shows more “meh..” than a Shania Twain ballad about being impressed! Lots of...