Zork: The Digital RPG For Adventures Of All Ages 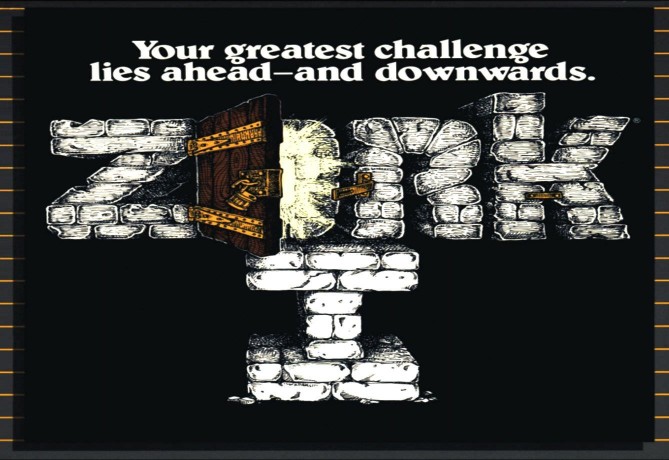 In the gaming world there has always been a push to move forward and to get on to bigger and better games. This steady path forward has often lead many of us to look back at the games that started it all with fond nostalgia. However, like many things, 2020 has given us a chance to take a step back. What was once old is now new again, parents are getting a chance to introduce these games to their children and watch as these games get a new life with the next generation. Even if you don’t have an Apple II, an Amiga or an Atari 8 bit system sitting around Zork is still available to be shared with the next generation through Steam and the Infocom website.

Zork was a game developed by Infocom and published by Activision in the late 70’s and early 80’s. To pay Zork you didn’t need a high powered graphics card or 2TB of Ram, nope you just needed your imagination. This RPG was one of the first of its kind and it had no graphics whatsoever. The game was played through a combination of reading a story and typing commands into command lines. With all of the high-definition graphics of today’s gaming options it may be hard for people to understand the draw of the original game. Text based RPG’s such as Zork was the fact that it allowed you to use your imagination to create the world. Similar to traditional Dungeons and Dragons Zork was the tale of an adventurer, and you are that adventurer. In this version the computer rolls your dice and calculates your damage. This game was great for people who yearned for RPG adventure but maybe didn’t have an adventuring party. In addition while many parents may have objected to Dungeons and Dragons since Zork was a computer based game which many parents viewed as an educational tool.

While this style of game did require a lot of reading and decision making most people simply saw it as a game. A very challenging game, because the first version of the game did not give you any information regarding the text prompts that the game would recognize. This is part of what made the game so popular at its onset. The challenge was figuring out the right commands that the game would recognize. Keep in mid this game also came out before the internet existed, so you couldn’t just go to a forum for help. Just like having a real conversation with a merchant you had to figure out the right commands for what you were looking to accomplish. This issue was corrected in later versions of the game, but that was part of what started the cult following at the time.

Photo by The Digital Antiquarian

Compared to the video games of today Zork may seem simple and lack luster. But if you are willing to let your imagination take over the game is like immersing yourself in your favorite book. The details are what you imagine them to be. If your family enjoys playing RPG table top games it would be worth it to introduce them to Zork, you never know what new adventures may just be waiting in the wings for you to experience. What was your experience with the game? Were there other text based RPG’s that you enjoyed? Share your stories about your favorite games growing up in the comments below.

Valve’s New “Steam Deck”, Who Is It For?

Retro video gaming is something which anyone in the nostalgia culture, the thirty-something-plus in age, can get behind. It’s fun to watch playthroughs of...

In the world of Dungeons and Dragons the half-races are actually extremely common. In general, most half-races share a Human component plus another race...