Star Trek: Better As A Series? 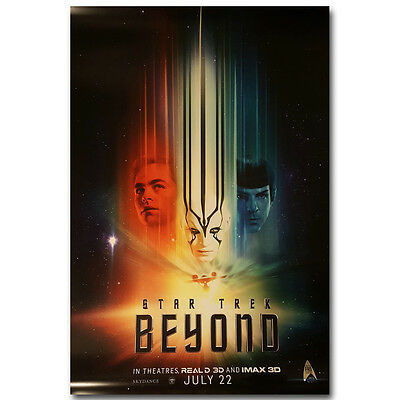 Will Star Trek ever make it back to theaters or is it destined to stay on television/streaming? It’s been four years since we’ve had a new Trek movie, and it seems that Paramount Pictures just doesn’t know what to do with Star Trek on the big screen.  How is it possible that a franchise like Star Trek that has 54 years of rich history with seven live-action series, an animated series, several films, comics, novelizations, and an extremely obsessive fandom, and no one at Paramount has any clue how to proceed?

In an interview with GamesRadar this past February, Simon Pegg shared some of his thoughts as to why they have been slow to make a new movie.

“The fact is, Star Trek movies don’t make Marvel money. They make maybe $500m at the most, and to make one now, on the scale they’ve set themselves, is $200m. You have to make three times that to make a profit. I don’t feel like the last one… They didn’t really take advantage of the 50th anniversary. The regimen at the time dropped the ball on the promo of the film. And we’ve lost momentum. I think losing Anton [Yelchin] was a huge blow to our little family, and our enthusiasm to do another one might have been affected by that. So I don’t know.”

Wait…What!?!  Although Pegg makes some valid points, comparing Marvel to Star Trek is like comparing tribbles to Klingons. The fact is, the majority of Trek films consistently place in the top 20 for their year of release (Source: MovieMojo.com). The worst movies were from The Next Generation (TNG) films with Insurrection (1998) coming in at 35th and Nemesis (2002) placing 67th.  The only movies to place in the top ten all come from The Original Series (TOS).  The Kelvin movies actually performed very well at the box office, despite the fact that they were up against several Marvel movies during the same time frame.   Quit trying to make Trek into an action packed Marvel wannabe and get back to the roots of Gene Roddenberry’s original vision for Star Trek; the hope for humanity, exploration, and diversity.

I do agree with Pegg that Paramount totally dropped the ball in regards to promoting Star Trek: Beyond, especially when the movie coincided with the 50th anniversary.  The only thing that even remotely suggested a nod to the 50th anniversary was Beyond’s poster that  resembled the Star Trek: The Motion Picture (1979) poster.  They also put out a very badly done video tribute that seemed more like an afterthought, and only covered short clips from TOS, TNG and the Kelvin timeline movies.  It was like someone woke up the day of the anniversary and had an intern slap something together at the last minute.  Pretty damn insulting not only to the franchise, but also to the fans.  It may have been because CBS at the time had the TV rights and Viacom had the film rights. Evidently they couldn’t get their heads out of the sand to celebrate a huge Star Trek milestone.  At one time there were talks of Quentin Tarentino and Noah Hawley doing Trek movies, but they seem to have gotten lost in a black hole. If Paramount doesn’t want to put forth any effort into the movies, maybe Trek should just stay in TV format

Trek started out on television in 1966 and was unceremoniously canceled in 1969, but became increasingly popular through late-night reruns. It’s because of that popularity that TNG premiered in 1987 and was the only first-run syndicated show on television.  Of course at that time, there were only four networks and maybe a few cable channels, if you were lucky.  With really very little sci-fi competition, TNG flourished.

You can’t deny all the great characters that we’ve been introduced to over the years through the various series: Q, The Borg, Seven of Nine, Khan, Quark, and Species 8472, Gul Dukat; just to name a few. Whether you love, hate, or love-to-hate them, these characters wouldn’t have as much meaning to us if they were just introduced in a movie.  I love getting to know these characters!  Watching them struggle, seeing their fears, accomplishments and grow with time.  Now don’t get me wrong, I love Star Trek movies (at least most of them), but the quality of work that has gone into the new shows Discovery and Picard is stunning.  Sure, they both have had hits and misses, but they have also introduced great characters, interesting plots and twists.  I’m excited to get more Trek shows, especially with the movie-like quality that Discovery and Picard have.  Although I love seeing Trek on the big screen, Paramount needs to go back to the roots of what Star Trek is and quit trying to force it into an action-packed blockbuster.