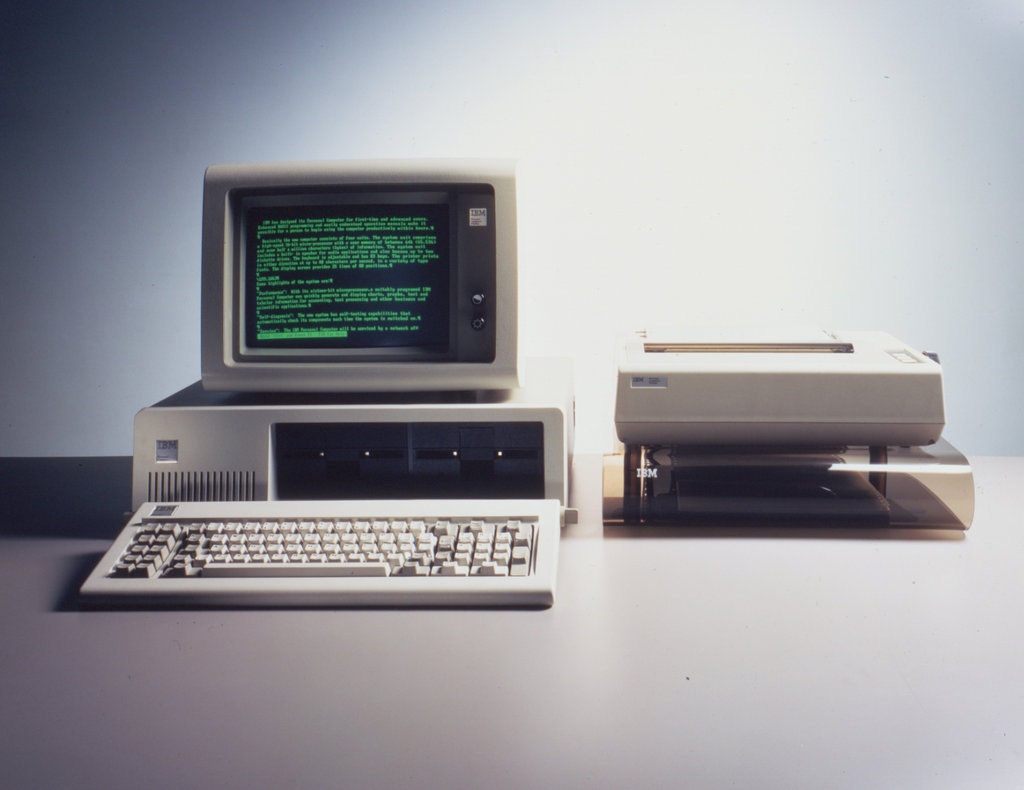 Like many decades, the 1980’s produced rad achievements in technology. Venture with me back into nostalgia-land and wonder at the amazing marvels created and ask yourself “do I feel old yet?”

“What about Betamax!?” That medium had its run in the early 80’s, but became overshadowed by the giant known as the Video Home System (VHS) cassette tape player. Though the VHS player — also called VCR (short for “video cassette recording” function) — originates from the 70’s, the 80’s saw it rise. At an average of $200-$400 (around $490-$979 by today’s inflation rate) it was less expensive than Betamax, lighter, and used tapes which ran from anywhere from 2-4 hours. People taped their favorite shows and sports events, or watched hit movies at home! The VHS player lasted beyond the 80’s but eventually fell in the rise of DVD and Blu-ray. Of course, who could forget having to adjust the tracking to get a clear picture from the tapes? Or the bother of tapes getting stuck in the player?

Who *doesn’t* have a cell today? Even a pre-paid trac-phone? Cell phones weren’t so commonplace in the 80’s; the first cellular phone available to consumers was the Motorola DynaTAC 8000X in 1983 costing $3,995 ($10,565 by today’s inflation rate) and, convenience aside, this model came with problems: it was big and bulky weighing 1.75 lbs and standing 13 inches high, lasted 30 minutes and took ten hours to recharge. Imagine carrying that beast today anywhere you went and having to explain it to your friends!

It’s incredible that vinyl records are coming back when they were effectively killed off with the demand of the CD and its player system. The first CD player commercially available — Sony CDP-101 — released in 1982 at a cost of $674 ($1,840 by today’s inflation rate); this price made them basically another rich person’s luxury item but prices eventually decreased and the CD player became more affordable to the average consumer.

A fussy device which, at two claps which had to be timed just right, activated your lights; even your radio and t.v.! Released in 1985, this “time-saving” device was actually very easy to accidentally activate at even a cough. And who could forget the catchy advert jingle?

This game system is a legend! It saved the USA’s home video game market in ’85 and brought joy to many kids. It gave us memories of hours spent chasing after a princess in Super Mario Bros., reuniting the tri-force in Legend of Zelda, and other amazing adventures besides. But DAMN was it hard to play through most of the games! Priced then around $149 it would be worth about $365 by today’s inflation rate.

Before the 80’s, computers were literally huge; it was ridiculous thinking of having one at home or in a business office. Yet whether it was IBM 5150 or Apple Macintosh 128K, the personal home computer struck in the early 80’s and stayed with us ever since. Apple Macintosh 128K, released in 1984, was the first consumer model with a graphics-based user interface, utilizing a mouse to select application icons on the screen instead of just typing commands into the keyboard; it cost $2,500 then (valued at $6,339 by today’s inflation rate). IBM’s 5150 model from the year 1981 used Microsoft BASIC programming language; a basic unit cost $1,565 ($4534 by today’s inflation rate) and a full model cost $3,000 ($8,691 — also inflation). Both were most triumphant models!

The Apple Macintosh 128K and the IBM 5150. Picture credit to elprofdecompu.wordpress.com

Made in the late 70’s, but a popular child’s toy in the 80’s! If you didn’t own the Texas Instruments Speak & Spell, surely you remember E.T. playing with one in E.T. the Extra-Terrestrial (1982)? Play around with one cartridge of stored words to spell, then replace it with another easily! This computer device spoke praise to each young learner’s correct spelling and encouraged them to try again if they got it wrong. With a suggested retail price of $50 at its 1978 debut, today its inflation value would be $202.

The Speak & Spell from Texas Instruments! Photo credit to lulu-berlu.com

Incredible movies like WarGames (1983) and The Wizard (1989) came about thanks to inspiration of home computers and NES! Watching said movies anytime, thanks VHS player! Where would 1989’s Zack Morris of Saved By the Bell be without his clunky cellular? What about jamming out at home to hit musicians? Speak and spell your words, and don’t forget to clap on and off for the 1980’s!